FWS News Feed: This War of Mine 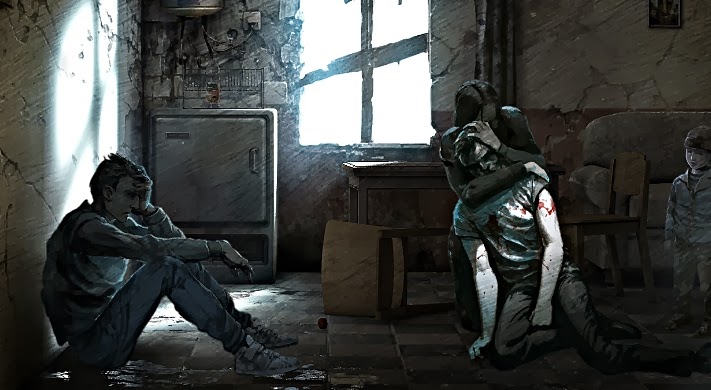 Just a few hours ago, 11 Bit Studios released a teaser trailer and limited information on a new type of war video game: This War of Mine. The company is saying that their game, due out in 2014, will not focus on Special Forces Operators or even soldiers for that matter, but on the plight of civilians caught up in the conflict. As the game tagline says: "In War, Not Everyone Is a Soldier". With video games being able to tell stories in a different way than convention media, This War of Mine could be quite interesting and bring light to the stories of those trapped in the middle of a war. There is no word on the background of the conflict itself or how this game will be played, but there is hints of a survival game aspect. However, the company did make mention of avoid snipers and looking for supplies to survive. This game, if done well, could be revolution in what stories are told in gaming and how they are told. 11 Bit Studios has their work cut out for them.
Posted by William at 16:16