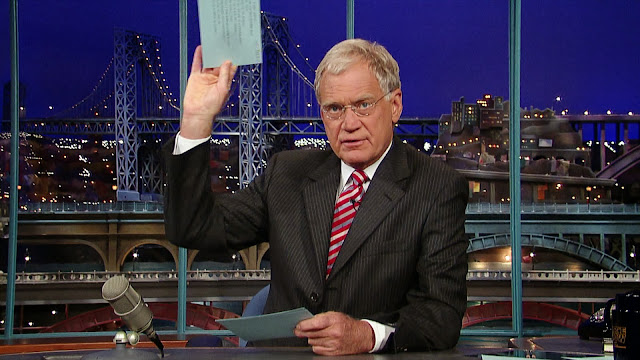 Since I was six, I've been writing stories about far future conflict among the stars, and even today, on the edge of 40, I still write stories of future wars. Throughout these years of writing, I've come across a number of myths and preconceived notions concerning the world of military science fiction. In a nod to a similar io9.com post about the Top Ten myths of Sci-fi, I decided it was high time for FWS to discuss and dispel the top ten rumors of military science fiction.

1. Humans are Always the Good Guys 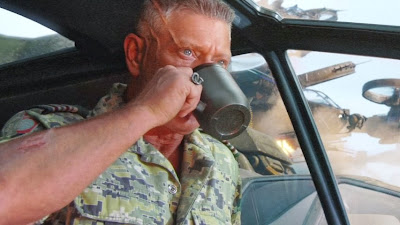 Characters like Buck Rogers, Flash Gordon established a trend that has existed in science fiction for some time: humans are noble beings, bringers of light and goodness to the universe, and they always wore the white hat. However, in the realm of military sci-fi (and the real world), the real enemy can be mankind. With MSF works like Avatar, Battlestar Galactica, Old Man's War, Killzone, The Forever War, and Soldier, we seen the evil within the soul of man. To believe that humanity will overcome its savage impulses with the invention of space travel, as Star Trek holds to, is most likely wrong, especially if we explore space to exploit the natural resources of other world to benefit humanity. 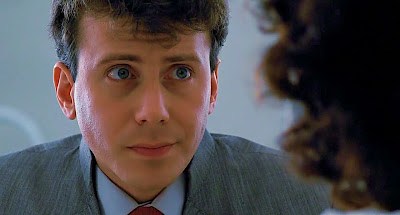 In addition, all we have to do is examine recent human history to understand how much humans can be bastards to one another (don't even get me started on how humans treat animals...fuckers). With groups like the KKK, Nazis, the Khmer Rouge, the Taliban, the Janjaweed, and the forced removal of the Native Tribes by the American government. Being from Oklahoma, I've seen the result of how evil humans can be to one another when they want something you have. Maybe that is why the aliens are staying away? Hell, most of the (Space Nazi) Imperials seen onscreen in Star Wars were humans...makes you wonder.

2. Aliens are Always the Bad Guys 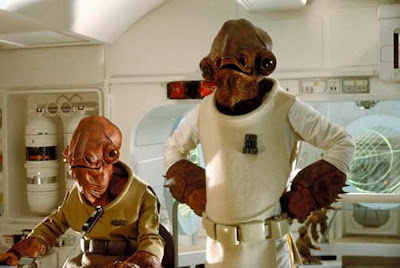 According to the old ways of science fiction, when the rocketship lands on the brave new world, the aliens are to blasted with the ray-guns on full-zap power. This plays out with the old standard that humans are good, and the aliens are evil. However, that is not always the case, and military sci-fi stories of future wars are not always the good humans against the evil aliens. If we examine Star Wars, the evil Galactic Empire was mostly made up of Corellians (humans), and the Rebel Alliance is mostly made of a vast collection of sentient species from around the galaxy. 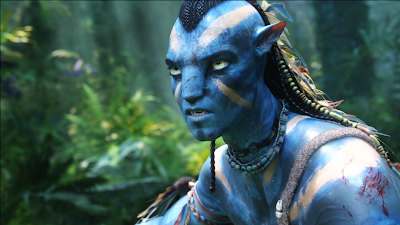 In the 1985 military sci-fi forgotten classic, Enemy Mine, the humans are more of the enemy and the invader than the alien Dracs. This is also true in other galaxy-spanning MSF works, like Andromeda, Star Trek, and Mass Effect. One of the more interesting turns on the old standard of humans being the good guys is the movie Avatar, with the invading greedy humans coming to take resources from the native at all costs, and that struggle dividing the humans. This view of humans being the aggressors is now being more standard in the world of sci-fi/fantasy. After all, Superman is an alien.

3. Military Sci-Fi is Written by Veterans 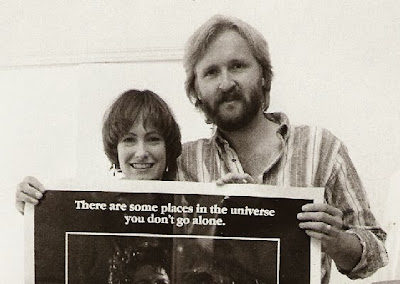 This actually myth that I've suffered from with my own writing career. During writing sessions for certain blogposts and books, I've asked questions of ex-military individuals, and they often say that my choice of sci-fi genre would be easier if I had served. This myth is also popularly held, that military sci-fi is written by veterans, and while it is true that some veterans have become pillars in the military science fiction community, some of the best works of MSF are written by people who have never served a day in their lives. ALIENS was forged by James Cameron and Gale Anne Hurd, both non-vets. Old Man's War was written by John Scalzi, also a non-veteran. Of course, FWS is written by me, and the only military outfit I served in was the Allies, during 2007's Oklahoma D-DAY. Just because you never served, doesn't mean you cannot write future war stories. 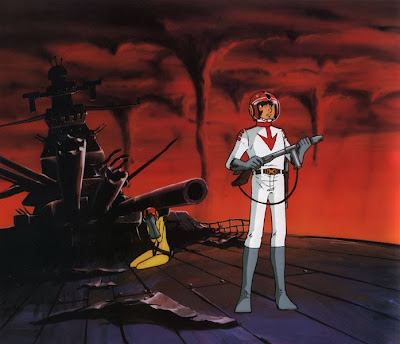 Some people in my life, including family, have leveled accusations that military sci-fi is a clever way of packaging war for easy consumption by the masses, especially younger viewers. I heard this associated with early Anime imports like Starblazers, ROBOTECH, Mobile Suit Gundam.  I grew up with friends that could not watch these Anime series, because of the liberal use of violence, and they faulty believed that the violence was just for the sake of violence...when in actuality ROBOTECH and Starblazers explore the futility of war. Even when something is designed to be an anti-war product, it often fails in that attempt, allowing people to level claims that do not belong. As Jarhead author Anthony Swofford was quoted as saying: "Vietnam War Films are all pro-war, no matter what the supposed message, what Kubrick or Coppola or Stone intended...The magic brutality of the films celebrates the terrible and despicable beauty of their fighting skills. Fight, rape, war, pillage, burn. Fimic images of death and carnage are pornography for the military man."

5. All Soldiers in the Future uses Lasers 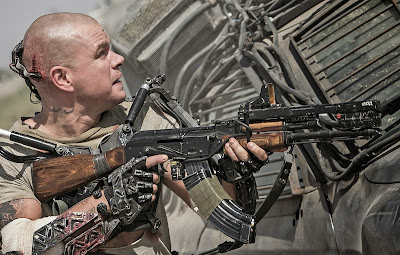 This is another one of those traditions that has continued from the early days of sci-fi, with works like Flash Gordon, Buck Rogers, all the way to modern sci-fi works like Star Trek and Star Wars, that future wars will be waged with colorful beams of energy based blaster-weapons. Of course, at present, there no offensive DEW systems being used, and for the last thousand years, chemically propelled projectiles have been the staple of warfare, and it doesn't seem likely that they will be replaced by laser-blasters or plasma rifles in the 40 watt range anytime soon. After iconic works like ALIENS, the trend of using bullet-firing weapons in sci-fi exploded, and has become more of the standard than blasters. 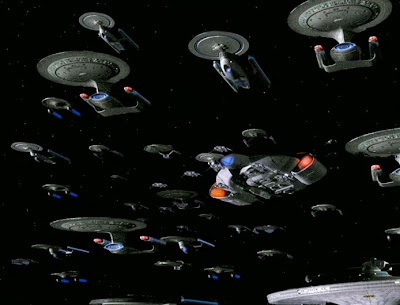 For years, since the founding of FWS, I've had a blogpost on the draft pile...is Star Trek military sci-fi? And to this day, it is still on that pile. One common myth that gets repeated over and over by internet and fans is that universe of Star Trek is military science fiction. While it is true that some periods of Star Trek, especially the The Dominion/Federation War and the Nu-Trek movies are more geared towards future war stories, the whole series is not through the lens of military sci-fi. Gene Roddenberry deliberately set out in 1966 with presenting a TV science fiction series that was not a "space western", but stories about hope in the future of mankind among the stars. Some older fans of Trek believe that stories like the Dominion War, the combat games, and the Nu-Trek movies would have been against Gene's original intentions and vision. I personally believe that Star Trek has elements of military science fiction, but it not a "pure" work of the genre. 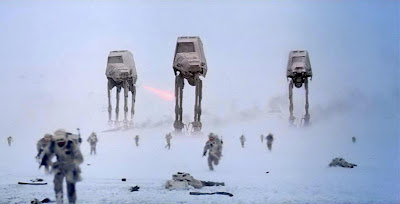 Once again, much like Star Trek, fans and websites have included Star Wars into the genre of military sci-fi for years. This was mainly due the intergalactic civil war seen in the Holy Trilogy, and the Clone Wars seen the dogshit prequel films. At the heart of Star Wars is two wars, one between the Sith and the Jedi and the other is the proxy forces that are caught up in the middle of their jihad. Mostly, Star Wars is a space-based fanasty world, much like the old TSR D&D Spelljammer universe, in combines magic, swords, holy quests, destiny, with spaceships, alien worlds, and space battle. So, Star Wars has strong elements of military science fiction, bit it not 100% pure. 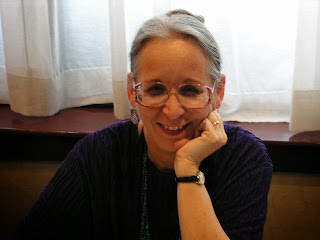 There are modern myths that there are no female gamers playing Call of Duty, that female soldiers are not in harm's way, or that all military sci-fi is composed by males. Far from it. There is The Healer's War by former Vietnam Army Nurse Elizabeth Anne Scarborough. In 2008, former Navy servicewomen Sandra McDonald began her MSF literature career with The Outback Stars. Tanya Huff and Elizabeth Moon have been in the military sci-fi writing game for years with many books to their credit.  Lois McMaster Bujold has written the MSF Vorkosigan Saga series since 1986.

9. Future Wars are Always in Space 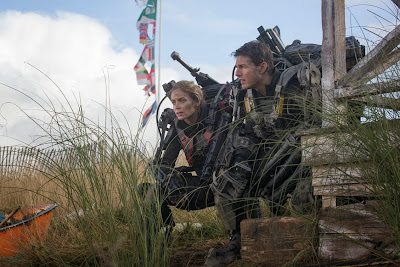 One of the common themes of MSF is war among the stars, and the vast majority of works within the genre are set in outer space on alien planets, but not all of them. Some military science fiction conflicts actually occur on good old Earth, and do not need spaceships to tell their tale of future wars. We have the upcoming Edge of Tomorrow, which is based on the Japanese light-novel All You Need Is Kill as an excellent example. In the 1980's we had Captain Power and the Soldiers of the Future, and even today, we have Battlefield: 2142 and Battle: Los Angeles.

10.Military Sci-Fi is only about War and Soldiers

To some, military science fiction is only concerned with the deeds of valor earned in battle and the people involved in those events. However, for those of us that create military sci-fi stories, the truth is that not all of the genre is about war and soldiers. Take for example, the new Battlestar Galactica, the majority of the stories are not about the war between the human and the Cylons, some of the episodes are, but most are the stories of the survivors of the holocaust, and their lives during the exodus to Earth. Even during interstellar wars, like those seen in Deep Space 9 or Babylon 5, there are other stories to tell than just combat. What most of military sci-fi is about is condition of the men, women, and machines during war. While I enjoy writing a good battle sequence, I also enjoy crafting characters and propelling them through the universe I've created, and seeing how that changes them. Degrading the entire genre of military science fiction to a myth that it just all about war and killing, is like saying that all war movies are about war. If you believe that, than you've never seen Platoon or Blackhawk Down or played HALO  or Gears of War.
Posted by William at 11:27 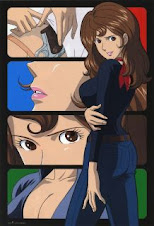 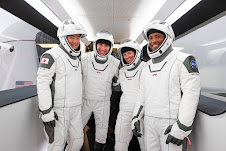