The Motorpool: The DARPA Ground X Vehicle: the Future of the US Army's Tank? 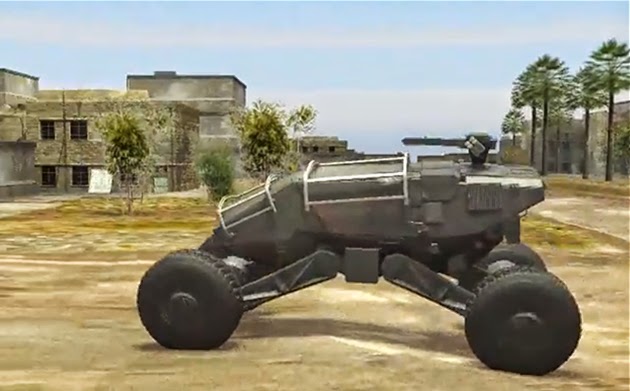 What is the future of the almighty tank is a question is now asked more and more by the military than science fiction creators. During the 1980's, most military planners believe that the MBTs of the 21st century would be rolling with Gauss or EM Rail cannons that were to counter the Warsaw Pact's numerical advantage with heavy hitting kinetic systems. That future of the tank changed with after the fall of Communism and the era of global terrorism. It seemed that 1991 Gulf War was one of the last moments of battlefield glory for the big, expensive main battle tank. With the current operations in Afghanistan and Iraq that tested the limits and abilities of modern tanks, military organizations are looking to pare down the MBT to a more mission flexible smaller vehicle, like the current Stryker. On August 27th, the US Pentagon released an "graphic novel" on DARPA's "Ground Experiment Vehicle" or GXV, showing the direction that US military maybe taking with the future of tank design under the umbra of the Ground Experiment Vehicle Technology program. The real question is will this work? Will the GXV be an adequate replacement for the modern day main battle tank (MBT)?

What is the GXV? Sounds like a Subaru Crossover 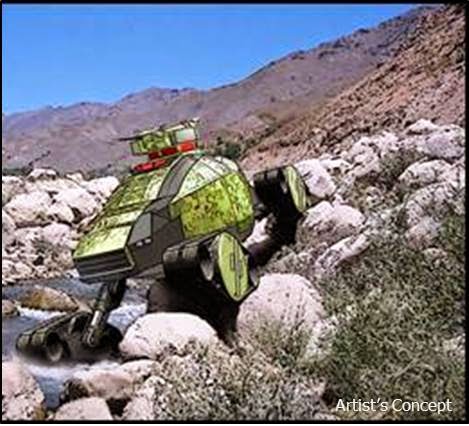 The Ground eXperiment Vehicle is a test study of what DARPA and her collaborators think that the current MBT needs to evolve to in order to to be effective on the future battlefield. DARPA is envisioning an smaller, lighter tank with less armor, a great deal more technology, better maneuverability and half the crew to deal with all types of terrain conditions. The goals set by DARPA for the GXV-T project were: 50% of weight reduction over the current M-1 Abrams MBT, reducing the crew from four to two, increase speed by 100%, from 40 MPH to 80 MPH, able to traverse 95% of terrain types, and decrease the detectability to enemy surveillance equipment. Smaller. Lighter. Faster. Then there is cheaper aspect, the GXV will cost less than the current M-1 Abrams or even the Stryker. In April of 2015, DARPA will be issuing contracts for prototype military armored vehicles using the GXVT project outlines and abilities. It will years before we will see what the reality of the GXV will be.

The Abilities of the GXV

DARPA has high hopes for the GXV-T project to take advantage of certain technological abilities that are unable to be used on conventional tanks and armored vehicles. Given its smaller size, the GVX is designed to avoid detection, and using cover that is more organic to an foot soldier than a big armored vehicle. In urban environments, the GXV can hid behind cars via the lower of suspension, and use roads that the big tanks cannot. In natural settings, the GXV is might to use rocks and other natural coverings to avoid being seeing and hit. This also allows for the GXV to avoid being seen by enemy units, allowing this new armored vehicle to pick its battles. Another ability is for the GXV to be a mobile heavy weapon platform that could operate in big cities with infantry and UGVs in support. Plus, more GXVs could be airlifted into the battlefield more easily than current armored vehicles. This would allow the GXV to be sent more rapidly to distant battlefields and hotspots and in greater numbers than current tanks.

Is the GXV-T DARPA Project An Replacement for the MBT? Simply put, no. Websites that are covering the GXV have stated that it is lighter, more agile two person armored vehicle, nor an main battle tank. Also, the armament is not even close. None of the concept art I've seen for the GXV mounts anything bigger than an 25mm auto-cannon and some missiles.  However, even if companies are able to build the DARAP GXV concept to hard-steel reality, it could not go toe-to-toe with something like the T-80 or Challenger II tanks. I can see several GXVs attacking and bring down the bigger vehicles, but one clean shot from the 120mm or 105mm cannon, and all of the clever tricks of the GXV are going to amount to nothing. The kinetic sabot penetrator will crush the GXV like a beer can. Interviews with the GXV project head, Kevin Massey says that the GXV is not a hard replacement for the one certain vehicle, like the M-1 Abrams, but a testbed of new technologies and tactical ideas. After all, the tanks was not the critical factor in the War in Afghanistan or Iraq after the initial 2003 invasion.

Offensive and Defensive Systems of the GXV 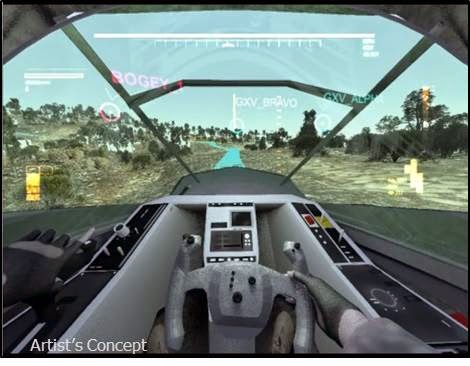 Little information exists on the offensive hard-kill systems of the this mighty little wheeled armored vehicle. Concept art shows some sort of smoke dispenser, sensor cluster, and auto-cannon all rolled into a 360 degree package on top of the GXV concept hull. A vehicle this size, with this size crew, will not mount anything more than an auto-cannon sized gun system. There will be nor variant with an 105mm cannon, like the mobile gun system seen with the US Army's Stryker 6x6 vehicle, there just is not the foundation with the DARAP project goals\. What the little tank could use to engage typical MBTs still in service would be missile systems. 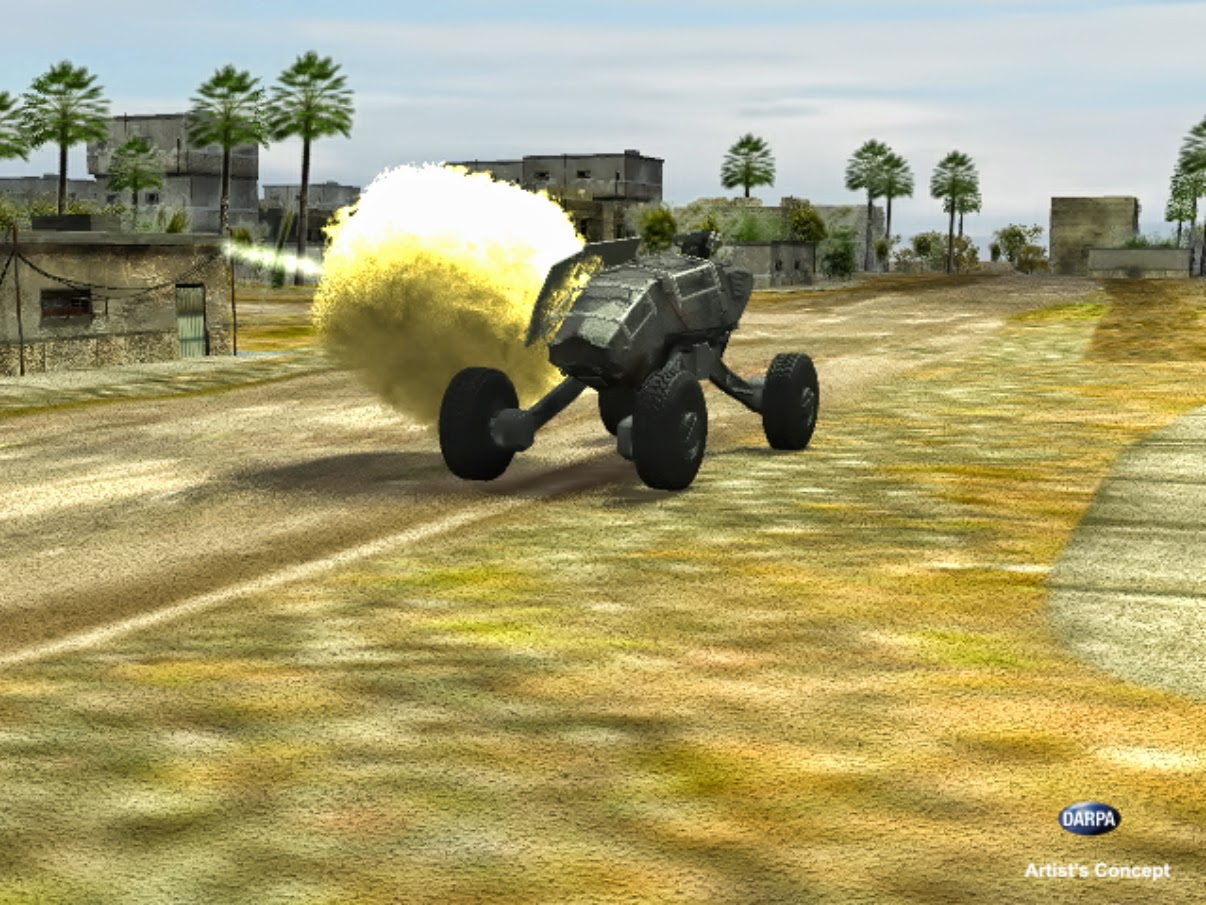 After all, anti-tank rockets are very effective and can still be operated by a crew of two. In terms of defensive technology, the GXV will be able to detect and react to various incoming threats in a more flexible way than current tank technology. Instead of relay on a thick coat of armor, the GXV reactions like Bruce Lee not a boxer, moves to avoid the energy and counters it, not absorbing the hit and the energy. DARPA video shows the little tank changing speed, height, and even jumping to avoid incoming threats. Beside maneuverability and agility, there will a smaller variant of the IDF's successful TROPHY system, smoke screen launchers, along with hardened armored plates that slide to intercept incoming threats, like RPGs. It is unknown the protection factor of these plates.