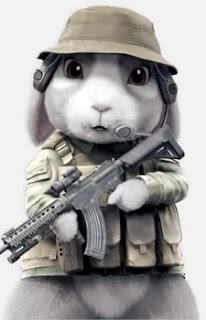 William founded FWS way back in 2010 as a place for writers like himself that working within the interesting sub-genre of science fiction known as "Military Science Fiction". Not being a veteran, but a fan of the world of military service, William had trouble attempting to located needed information about warfare and soldiering. Thus, FWS was born. He is from a strange and distant land known as "Oklahoma" and he grew up in one of the golden era of western civilization known as "the 1980s". He was introduced to Military SF as a wee one via the anime series Starblazers, Star Wars, and Star Trek II: The Wraith of Khan. He was hooked and by the time he watch ROBOTECH in 1985, the interest became a life-long passion. William would engage in tabletop wargames like Twlight 2000, Star Trek Tactical Starship Combat Simulator, Battletech along with playing on his ATARI 2600 & 7800, and read all manner of American and Japanese comics like Dynamo Joe, Lone Wolf and Cub, Alien Legion, ALIENS, Predator, Terminator 2029, and Strikeforce Morituri. Always a writer wanting to explore his own fictional universe, William would write from an early age and continues to do so. He grew up shooting, playing paintball, devoted to Porsche, loving Star Trek, rescuing cats with his mother, and taking Martial Arts. In high school, William would take the Martial Art that would define and control him: Jeet Kune Do. By the 1990's, he moved from the plains of hell to Dallas, Texas, where he would go to university, earning a degree in History, and meet his wife of 20 years. Today, he still calls Dallas home with his two daughters, his wife, his cat, his three generations of Xboxs, collection of technical manuals and Casio watches. He currently works in the field of training, teaching, along with working in a Level-II ICU at a DFW major hospital system. 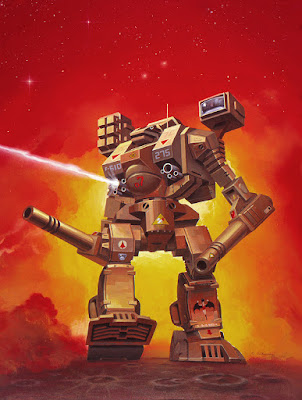 Duke had been a long-time creeper on FWS for years, having stumbled across the blog not long after it was started in one of his many internet rabbit hole search adventures. From an early age he demonstrated an obsession with military vehicles, aircraft, and Star Wars.  He was fortunate enough to be raised in the 80’s when books were still a major source of information and as a child spent many hours memorizing the texts of just about anything he could find related to aircraft and military history, often waking up in the mornings reciting the details of what he read the night before to his less than amused parents, and teachers. Duke was exposed to the odd episode of Starblazers, and ROBOTECH that managed to be broadcast over the UHF channels in the Piedmont of North Carolina. This along with trips to the local game store and video store would cement his love of Sci-Fi. This exposure to anime, plus his obsession with military vehicles would eventually culminate when he saw the box art of Battletech, causing a fascination with all things Mecha. Duke would attend a major university in North Carolina eventually being asked to join a think tank based out of several schools and graduated with a degree in history concentrating on military history and foreign policy. Unable to join the military due to a congenital back issue, he would serve in Public Safety since 2004, and eventually followed several friends into law enforcement. Today he serves as a Detective with a suburban department in a major metropolitan area of NC where he is in charge of his agency’s drone program, and is a certified Rescue Diver. He lives with his long-suffering fiancé, and their two toothless senior rescue cats