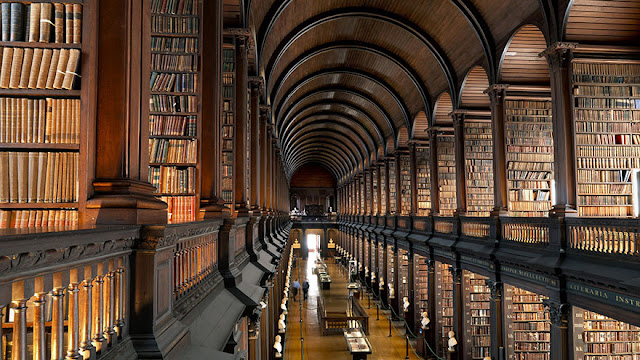 FWS has a number of blog serials that are cataloged along subject lines and are designed to explore a certain topic in vast detail or just to be fun. Here is a guide to these serials:

Ships of the Line
This is one of FWS most popular blog serials that is devoted to exploring and explaining the common classifications of space naval warships/support ships seen in modern and historical navies and in science fiction space fleets. It most likely will be complete around 2021.

The Armory
This is serial that laser-focuses on all manner of weapon systems and types. From plasma, laser, particle, to assault rifles, grenade launchers, underwater weapons, and rocket guns. The bulk of the current output for The Armory is researched and written by Chief FWS Contributor Yoel.

Topics
This is the general catch-all serial that covers a number of subjects within the realm of sci-fi and military SF. From super-soldiers, mecha, nuclear weapons, martial arts, and even field rations...this one has it all, and it has the most entries.

The Masterworks
This is a new serial that is designed to answer one of the most frequent questions resented to FWS and Sir Google: "What is the best military science fiction book/video game/comic/tv series? Each entry gives the very best or masterwork of MSF in a particular media type and some runners' up. For example, ALIENS  is the best military sci-fi movie all of time.

The History of Military SF
This is upcoming six-part serial about the collective history of military science fiction covered via eras. This serial is still underdevelopment at the moment.

Starfighters
This is upcoming serial about the space fighters seen through science fiction, and will be framed much like The Ships of the Line...however, this serial is presenting challenges due to the steer about of starfighters and mixed classifications of these future aerocraft. This will be beginning in 2021 and could be limited to just a few entries.

What Will We Fight Over
Wars against start due to something, from the assassination of Austrian duke, to a dispute over water, borders, pretty ladies name Helen, or even a simple act of revenge. When humanity pushes out of mother Earth, what will trigger future wars among the stars? In this massive serial, FWS explores and explains the root causes of possible future wars.

Forgotten Classics
This is my favorite series to write and research. This serial explores and explains lost military science fiction works in all media forms and attempts to resurrect these gems lost to history and the general public.

Military Sci-Fi Oddities
Any genre of fiction has weird works that populate it, and military science fiction is no stranger to that phenomenon. This serial explores and attempts to explain works like Captain Power and the Soldiers of the Future, STARCOM, and the Forever War Stage Play.

Top 10
Where would the internet, David Letterman, and Youtube be without top ten lists? Well, we love'em and FWS has them there are centered on MSF topics.

The Index
This is a serial that represents a promise that is going unfulfilled due to time constrains. This is an attempt to catalog the complete (or near) complete works of Military SF in a particular media form. At the moment, only live-action MSF has been indexed.

Movie/Comic/Book/TV/Video Game Reviews
Your standard review of sci-fi, military, and MSF works across all media forms. The format is breaking down a work via "The GOOD, "The BAD", and "The UGLY". This is least popular serial on FWS and could be transformed in a video format in the near future.

Military Sci-Fi Toys
This is an unusual serial that I've grown to love and loath at the same time. This serial explores toylines that are firmly centered in military science fiction like STARCOM, ROBOTECH, DUNE. These are great fun to write, but can take a great deal of time. This is one of the most unique blog serials on FWS.

The Weapons of Sci-Fi
There are some weapons featured in science fiction that have become legends and icons such as the Lightsaber, the M41A1 Pulse Rifle, Decker's blaster, and the Morita from SST. These weapons are broken down in lavish detail in both a real-world perspective as well as an in-universe one.

Our Enemies
How can you have a war without an enemy? From killer robots from outer space, to killer space kitties, to space lizards, to grey aliens; sci-fi as a number of enemy alien types as well as human ones. This serial is devoted to break down these familiar enemy types in much detail and perspective.

Rants
This infrequent serial is when I just have to bitch about something that cannot go into a normal format, like the stupid, bullshit Starkiller base from The Force Awakens, and in the Rants serial, I let it fly. Be warned, it is loud and full of creative cussing.

Future War Stories From the East
This serial is devoted to exploring and explaining the wide world of military science fiction Japanese anime like Armored Troopers VOTOMS, Fang of the Sun Dougram, and Venus Wars along with its reception in the west. Military SF anime has a special place in my heart due to me being exposed to Gundam, Starblazers, and ROBOTECH at a very young age in the late 1970's and 1980's.

Guns from the Future
There are some guns that are just ahead of their time and because of this, they are inserted into countless sci-fi works. In the serial, FWS takes a look at real steel guns that used over and over due to their futuristic appearance.
The Barrack
This serial is devoted to exploring and explaining the units, lives and gear of future infantry and marines that are battling among the stars. Covered here are topics about helmets, tactical gear, types of infantry units.
The Motorpool
Dirt-side combat on planetary environments involves more than dropships, helicopters, and infantrymen getting dirty; it also involves vehicles of all types and movement types. Here in this serial is where we explore and explain wheeled, hover, and Anti-Gravity military vehicles.
The Flightline
In sci-fi works, the garish starfighter has obscured the other types of flying military craft that populate across all sci-fi media. These vehicles are called dropships, tactical transports, and the familiar helicopter/tiltrotor.