TIt is no secret that I am a huge fan of the transformative 1982 BLADE RUNNER and I've often wondered what an official sequel to Ridley Scott's flawed cyberpunk masterpiece would actually look like. Now, in 2017, we fans of the film shall wondered no more with the release of BLADE RUNNER 2049.  While I wanted to see this on day one, but life caught up with me. For the record, I saw this on an IMAX in Dallas on Wednesday October 11th.  This will be a Spoiler-Free review.

Despite the current holy status of the original 1982 film and its director, we should remind ourselves that BLADE RUNNER was a box-office flop when it was original released, making about $33.62 million throughout its several theatrical releases at a budget of $28 million. While the film was regarded as special and unique for the time, especially in the post-Star Wars era, it took time for BLADE RUNNER to transform into the film it is today: one of the greatest sci-fi films of all time. 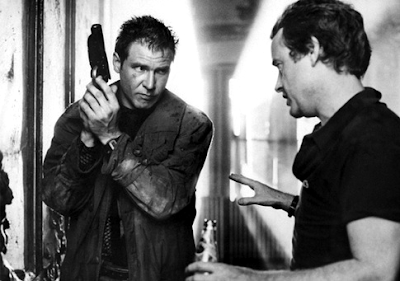 But, does that fandom and praise translate into the need for a sequel? The original Philip K. Dick book was never followed-up and to me, the 1982 movie story involving  Rick Deckard, the rogue NEXUS-6 skinjobs, and Rachel would preclude a sequel given it encapsulated nature. Given this, I've always feared what a sequel to my favorite film would look like, and nor did I think it really needed one. I never felt that road was clear for where to take Deckard and Rachel and the world of 2019. Despite this, I greatly desired to see more of the dark world of 2019, but I was also willing to let the greatness of the first film to remain undisturbed to prevent someone fucking it up. That, my friends, is what made the journey to make BLADE RUNNER 2049 so perilous in the first place...but I do believe that this followup film proves that the effort was not in vain and that the story of BLADE RUNNER could be organically built upon. 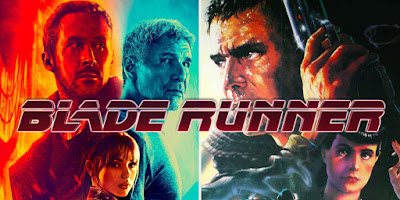 Sequels come at high peril, especially when adding onto a classic of film or literature. This is only compounded when the original work and the sequel are separated by a wide gulf of time. When the immortal classic Gone with the Wind was finally gifted with a sequel in book and miniseries form, it was the 1990's and there was much risk due to the legend status of both the 1936 book and 1939 film. The 1991 book Scarlett was widely panned and the miniseries was just good enough, but not the same level as the "best movie ever made". It just so happens that my wife's favorite book and movie are Gone with the Wind, while my favorite movie is BLADE RUNNER (I hate the PDK book BTW), so I felt that the parallel  needed to be made. 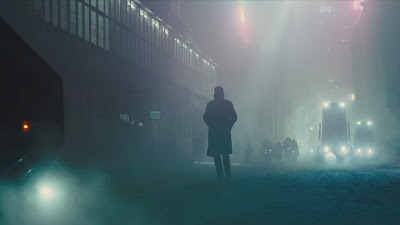 I was nervous when the BLADE RUNNER sequel became reality...what if it sucked? What if it was another Scarlett? Fortunately for all of us BR fans, that did not happen. The short of it is that BLADE RUNNER 2049 is a sequel done properly with great respect paid to the 1982 original and careful consideration paid  to the path the new 2017 film blazes with expanding the world of BR. It also does not alienate the fans of the original film by being a serious departure from the original. BLADE RUNNER 2049 still asks the hard  questions of slavery, quality of life, and what makes someone really human while examining these question through the lens of a gumshoe police assassin on the path of runaway technology in a flying car cutting throughout the dense asian-infused urban jungle of a broken, sick world. 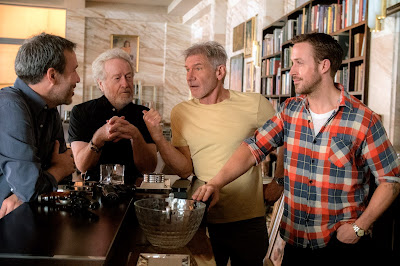 Much praise must be laid at the feet of director Denis Villeneuve, writers Hampton Fancher and Michael Green, along with cinematography by Roger Deakins. They replicate the original look and feel of the first film by Ridley Scott, but adding their own spin and style, creating one of the best sci-fi films in years that is more than just BLADE RUNNER visuals. Populating this world of 20419 is an awesome assembly of actors and actress that bring flesh to the dystopia. While Harrison Ford does resume his role as Rick Deckard, it is new Blade Runner, K played by Ryan Gosling that is the heart of the film. 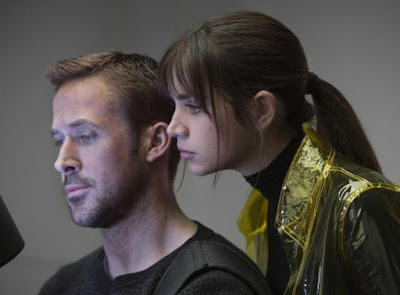 While I've not seen much he's been in, Ryan shines here, turning a great layered performance that is the best when acting opposite the talented and lovely Ana de Armas playing K's "girlfriend" Joi. It is that emotion center that brings heart to the messy, dirty world of BLADE RUNNER. Three other performances I thought were spot on where MacKenzie Davis, (who plays in one of my favorite current TV shows, Halt and Catch Fire), the always good Jared Leto, and newcomer Sylvia Hoeks round out the new evil faces of the new megacorporation. The one performance I was surprised at was Robin Wright as Lt. Joshi appearing in the film and how strong she was in it. The best praise I can add on to BLADE RUNNER 2049 is that it left me emotional how I felt after seeing the first film back in 1990. It echoed the memories of sadness, depression, fascination, and wonder; perfectly replicating them. As the final credits rolled, I was in awe and emotional spent. I love this movie.

For the most part, BLADE RUNNER 2049 is a masterwork that marries up to the original 1982 film in all of its good and bad ways. When I saw BLADE RUNNER for the first time in 1990, it left me confused, sad, shellshocked, and fascinated. I wanted more. So, I watched it over and over...to the tune of over 100 times. But, while this emotional journey is great for us fans of the original, it will not create fans that where not interested in the first one or experiencing those emotions. This is not Guardians of the Galaxy Volume 2. 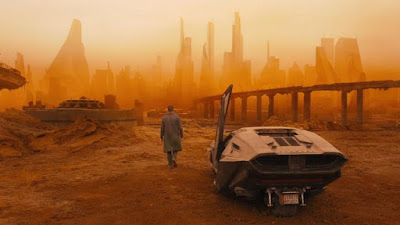 Many people have told me that BLADE RUNNER is "depressing" or "overrated", and there is nothing in BLADE RUNNER 2049 that will alter that for them. Due to this, it likely that this film will not be the box office success that the first one could not be either. BLADE RUNNER is not Star Trek, Star Wars, and we fans would not want it to be. Added to this, BLADE RUNNER 2049 does not stray from the pack of other works in the BLADE RUNNER universe. It is more of the same as we saw in the sequel books, the 1996 PC game: a Rep-Detec hunting down his prey in the mean, neon-washed streets of Los Angeles. While we do see more of Earth in 2049 and this is welcomed, the basic structure remains the same because it has to. I do not think the majority of BLADE RUNNER fans would like a sequel to divert from this pattern and setting. It simply is what BLADE RUNNER is. 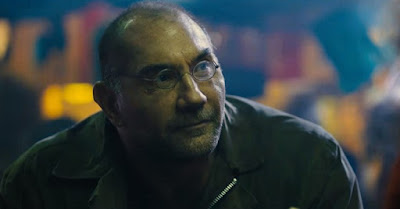 There is very little to criticise here with the new film, but there is one element that stood out to me: accessability. My wife nearly went with me to see this film and I am relieved she did not because she has never seen the original 1982 film, nor the three short films made to detail the backstory of BLADE RUNNER 2049. If you have not seen the original film and the shorts, that explain the thirty year gap between 2019 and 2049, than you will be lost and portions of the 2017 film are not going to make any sense. This makes BLADE RUNNER 2049 a less accessible film to moviegoers than other sequels and this is likely why its financial performance as been lacking. This was a film for the fans by the fans for better or worse. 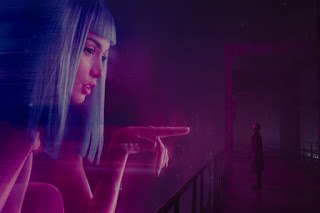 If you are a fan of the science fiction cinema, BLADE RUNNER, or even Ghost in the Shell; than go see this film on the big screen, preferably in IMAX. This is a properly done sequel to the 1982 classic that adds onto the mythos of the world of BLADE RUNNER. It is all that we fans could have hoped for and more than we could have dreamed. It is that good and deserves our money, time, and attention.

Will BLADE RUNNER 2049 Hold Up to the Original? 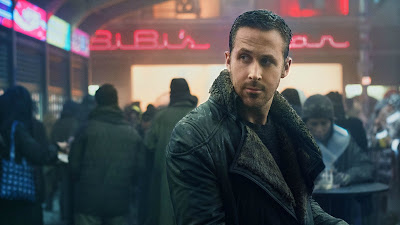 Despite the box-office failure of the original film, BLADE RUNNER has been praised as the Citizen Kane of sci-fi movies and revolutionizing sci-fi design along with cinematography. But, will the 2017 sequel be held to the same regard? After seeing it and the incredible job it did to expand on the original material, I think it would be picked over, studied, marveled at, and establish a cult following. I am in more awe of this 2017 film and its accomplishments than the 1982. BLADE RUNNER 2049 comes in the shadow of the original film and other works that heavily borrow from it, including the recent Ghost in the Shell and even the struggle of Mr. Data on ST:TNG. This means that the 2017 film had more to proven and even hard work to set it apart from the world that BLADE RUNNER created. That is worth celebrating.