What is "Military Science Fiction"? 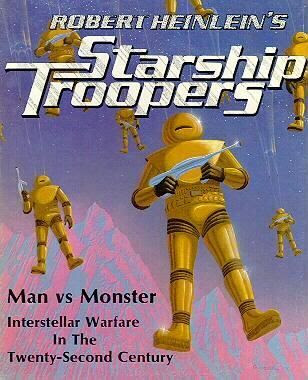 The literature genre of science fiction covers vast array of settings and stories that are as countless as the stars in the known universe. However, in 1898, H.G. Wells wrote one of the founding classics of sci-fi, War of the Worlds, that forged a new sub-genre: military science fiction (AKA: military sci-fi, MSF, military SF). Since then, the sub-genre of Military SF has exploded into one of the most popular types of sci-fi stories and works that account for billions of dollars in sales and millions of fans across the globe. These stories and settings revolve around military situations, military technology, military characters, and all manner of conflicts, wars, and hostilities. This could include stories of soldiers fighting on distant wars, alien invasions, post-nuclear holocaust conflicts, wars in time rather than space, and even space exploration stories with military characters in primary roles within the story. Some of the best examples are Starship Troopers, Ender's Game, HALO, Warhammer 40,000, Battlestar Galactica, and Edge of Tomorrow.