Originally, the next blogpost was to be What Will We Fight Over on asteroids, but my real life caught up with me. My wife has been in and out of the hospital, end of the year standardized tests, and writing a new book along with the needed research for the asteroids blogpost. So, I will be presenting a Top 10 list on my favorite military novels. Military science fiction is composed of two elements fused to form something unique. However, at times there is more attention paid to the sci-fi angle of this genre than the military angle. The reason I am wanted to highlight more of the military novels (fiction and nonfiction) that are my favorites is due to the research I am involved presently with my new military sci-fi novel that I am writing. Over the course of this year, I've been hungrily reading everything I can get my hands on about current elite special forces units. Next week: asteroids and an announcement about the future of FWS! 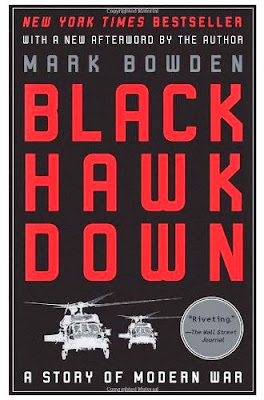 The events of October 3rd/4th, 1993 occurred when I was high school. and while I was fully aware of what happened via mass media of the time, it wasn't until I read Mark Bowden's superior novel that I fully grasp the events in their entirety. Coming in 1999, Mark Bowden's excellent novel about those events in that African city was unexpected, and it changed the face of military nonfiction. Not only did it put the events of October 3rd and 4th into the limelight, but also the deeds of the soldiers there and their sacrifices. Today, modern military nonfiction novels are directly affected by Black Hawk Down, and so are the readers. Black Hawk Down not only tells the story of the rangers, SEALs, and CAG, but also the POV of the Somalis behind the gun and that live in Mogadishu at time. The book and the film ignited by passion for military sci-fi, putting me on the path to FWS and my novels. I've reread this novel several times, and each time I am impressed. 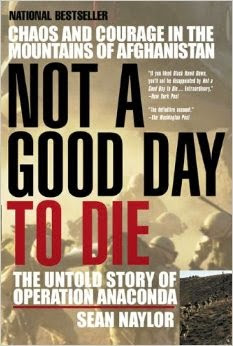 In March of 2002, one of the larger operations in Afghanistan against AQ and Taliban forces was undertaken: Operation ANACONDA. Journalist Sean Naylor was already embedded with the 101st Airborne Division and was on-scene during the events detailed in this 2006 novel. Not only is ANACONDA broken down, the issues, the successes, and the players in the mission are also spelled out. I read this book in 2009, but reread it after playing the 2010 reboot Medal of Honor. One of the reasons for the connection between that game and the book is that Sean Naylor was the writer on both. This is a damn fine novel on the unconventional warfare conducted in the wilds of Afghanistan. 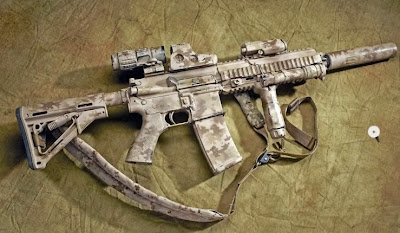 It seemed after the death of UBL at the hands of DEVGRU operators, mass media flooded us with books, "documentaries", and news stories about Operation: NEPTUNE SPEAR. These false accounts propelled one of the NAVSPECWAR assault team members to write a first-hand account of this famous mission. "Mark Owen", the nom de plume of this Navy SEAL, penned not only an eyewitness account of the death of UBL, but also one of the best Navy SEAL books of all time. Seriously. I've read dozens of books on the SEALs, and somehow No Easy Day is one of the best. At first, I ignored the hype that surrounded this book until I was researching the mission that killed Bin Laden after rewatching Zero Dark Thirty, and all reviews stated repeatedly that Mark Owen's book was worth the read. I finally broke down, checked out No Easy Day from my local Dallas library and took it with me on my wife and I's anniversary trip to the hill country. In a hot tub with a fresh Jack & Coke, ideas for my new book poured out, and my fingers flew to flip pages. This book breathed life into my new book and gave a point to start from. If you have not read this book. do so, it is well worth the time. 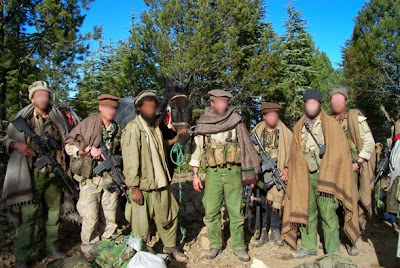 I came across this book and its bold title when 60 Minutes interviewed the author, and the story he told of UBL escaping through a ring of fire to Pakistan was heartbreaking. I decided to read the novel and discovery the actions of the Battle of Tora Bora. Dalton Fury is the nom de plume of the DELTA Force operator commander that was in Tora Bora. This book is another that explains the complex way that war is conducted in that mysterious country of Afghanistan. I would also recommend Dalton Fury's other military fiction novels as well. 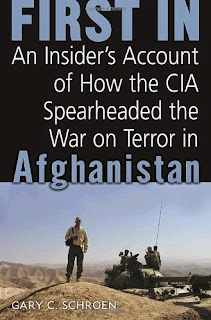 Most Americans assume that the first American military forces into Afghanistan were some sort of TIER-One Black-Ops offensive unit. However, it actuality it was CIA Special Activities Division team with loads of cash, AKs, polartec jackets, and experience in the region. This book gives massive insight into those early days just after the twin towers fell and before the ODA teams arrived. The level of detail and attention paid to those early days in A-Stan will be important to future generations as they study this latest war in Afghanistan. This book triggered me to research more on the culture of this ruggedly beautiful country. overall, this is an excellent novel about those important first months in A-Stan and the conditions found there. 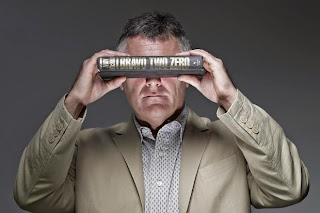 This book was released just a few years after the Gulf War, and since its release, it has become controversial novel about the lost SAS Scud-hunting patrol named Bravo Two Zero. Some doubt the claims of its author, Andy McNab (another nom de plume), that those doubts have lead to other books on the same subject. The book discusses the road of McNab becoming an elite Special Air Service member and his deadly mission to stop Scud missiles from raining down on allied nations during the Gulf War. However, not all agree that the story that McNab tells is fully true. This book provided me with a window into SAS operations, the Gulf War, and E&E operations. Written plainly and in full British slang, it is a compelling read of loss, heroic deeds, and fear. Despite the flaws and controversy, it is still a hell of a read of those men that pass selection to become SAS troopers.

This is the granddaddy of all military novels, and is most well read of the entire genre. Despite it being laced with Greek mythology, there is a solid military novel under the deeds of gods and heroes. For generations, this novel has been used in the classroom and lit many a children's imagination. I can still remember reading the Iliad in 6th grade with Mrs. Gibson and drawing Greek warriors in art class. I still draw inspiration from The Iliad. 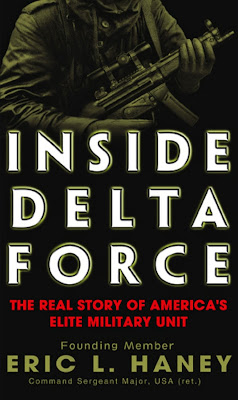 I learned about DELTA Force via the pure 80's cheese Chuck Norris film of the same name. It was only later that I read the founder of DELTA's book. However, I think the best book on the subject of DELTA's early days comes from one of the original members of the unit: Eric L. Haney. In his 2002 book, Haney talks about the unit, its training, early missions including Eagle Claw, and the men that make up DELTA. Much like Bravo Two Zero, it is a work that is not without public heat. Veterans of DELTA have dismissed his take on events in the book and the CBS television show The Unit. I felt the book was an insight to the foundation of the unit and the missions of DELTA in the 1980's, and deepened my understanding of what the unit is and it role in the world. This is one of the better books written on those founding days of DELTA Force. 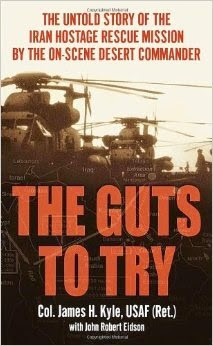 There is a story told, especially in some political circles, that the failure of Iranian hostage mission was solely the responsibility of President Carter. In the pages of The Guts to Try, the Air Force commander, Colonel Kyle details how a host of mistakes, false beliefs, and the difficulty of the mission lead to the disaster in the desert. However, the deaths and the loss of face for the United States allowed for the resurrection of US Special Forces and the abilities for SOF units to carry out missions like NEPTUNE SPEAR. This book is highly detailed and likely the best book written on the subject of the failed hostage rescue mission. 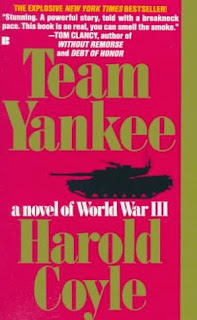 The 1980's would be a golden age of military fiction that gave rise to authors like Tom Clancy. While many remember his 1980's military fiction novels, to me, the best military fiction novel of that period was 1988's Team Yankee. Based on an American tank unit in West Germany during a Warsaw Pact invasion that sparked World War III and some of the families of the Team Yankee soldiers. This book was a success, allowing Harold Coyle to become a full-time writer, and Team Yankee was translated into a comic book (which FWS will be discussing in the near future) and a tank-sim computer game (which I played). Today, Team Yankee is not as well remembered as Tom Clancy's works.
Posted by William at 19:47 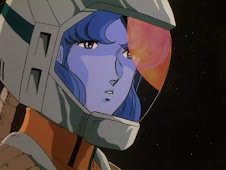 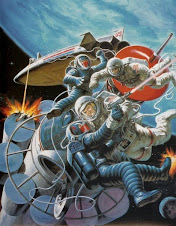