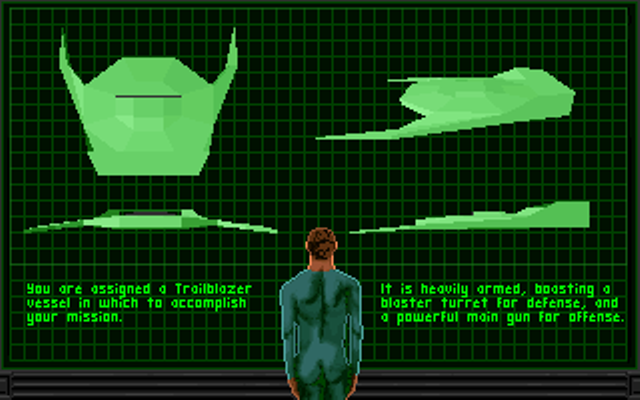 While I attempt to gain new insight into the world of Stargate SG-1 staff weaponry, I thought we would have another installment of the Forgotten Military SF video games...number nine to be correct. On this list are a few I am very familiar with and a few I never heard of.... 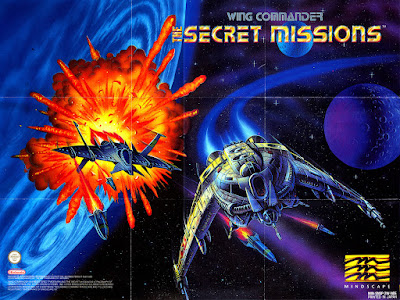 During the 1990's, being a PC gamer allowed one to play games not one the 4th generation of home video game consoles...or so we thought. I was a PC gamer during the days of the ATARI Jaguar, Sega Genesis, and the SNES, and I fucking loved Wing Commander and X-Wing. However, it was recently bought to my attention that one of the most beloved military sci-fi games of all time, Wing Commander, was ported to the Super Nintendo along with the expansion pack of Wing Commander Secret Missions. Between 1992 and 1993, SNES had ports of WC1 and WC:SM on the carts and this way, the home console gamer could have the Wing Commander experience. These were not the only ports of the PC space fighter combat game, the Sega Genesis CD got a port as well. These ports of the legendary PC game fade from the gamers' collective memory due to the overshadowing of the original PC games.
2. Starflight (EA 1986) 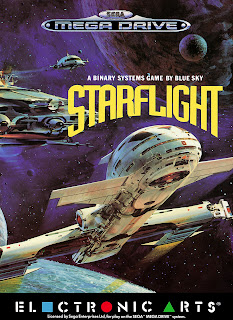 In 1986, a five-man team at a small software company called Binary Systems, developed one of the best space exploration simulations of all time...and I'd never heard of it. That game is the EA/Binary Systems Starflight. For some that completely missed or forgot about Starflight, in 2011, the director of Mass Effect said in a tweet that Starflight was key element for one of the best video games of all time. In the game, you are a captain of a 47th century exploration vessel and depart from the world of Arth. This world was once part of the Old Empire and the only place in the galaxy that humans still live on. During the exploration mission, a bigger, more important mission comes to light. Gameplay bounces between exploring, ship-to-ship combat, shopping, and meeting aliens. From 1986 to 1991, the game ported to most computer platforms and even the Sega Mega-Drive/Genesis. Even today, Starflight makes the list for one of the best computer games of all time and it has spawned many children, including Mass Effect. For some, Starflight, is a well-loved title and for others (me), we have no knowledge of this game. 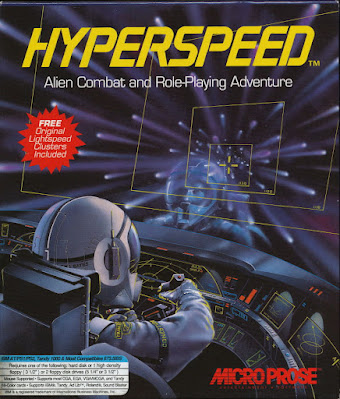 During the heyday of computer gaming in the DOS era, there was the game studio MicroProse Software Labs that developed some classics for the old PC boxes, and two were space exploration games called Lightspeed & Hyperspeed. I never heard of these games, but watching playthroughs of the 1990 and 1991 games, I was impresssed. There was exploration, trade, and combat all wrapped into the experiences with unique alien races. Your ship, The Trailblazer spindrives through the cosmos looking for colonial real estate, resources, and upgrades. If the concept was upgrade for today's audience and technological standards...this could be amazing and similar to the Mass Effect games. Why was it lost to time? These were hard media games that came out just computers were entering the daily lives of people and computer gaming was about to reach the more accepted level. While popular at the time of release and compared to the Wing Commander games, they were overshadowed and the experience of these types of space exploration games was only improved by technology. The game is still available online if you are interested.
4. APPLESEED (VISIT 1994) 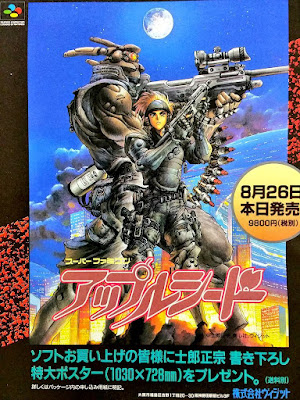 To many of us fans of military science fiction anime and manga, one of the big names is APPLESEED. This Masamune Shirow penned post-WWWIII world of utopias, robots, and ESWAT is one that been mostly unsuccessfully brought into other media outside of the graphic novel. While its cousin, Ghost in the Shell, has one of the best anime films of all time, APPLESEED does not and the license video game from 1994 on the Super Famicom as "APPLESEED: Prometheus no Shintaku", was also a blackeye on the manga title. This game is a basic run-and-gun side-scroller, which was the style at the time, inhabiting the characters of  Deunan Knute & Briareos Hecatonchires, you slide-scroll through four not-well-designed levels and battle enemies. The reviews are not kind on this one and it was only released in Japan on the Super Famicom system, given why none of us westerns have heard about it before the modern internet. Personally, it should stay in Japan along with the terrible PS2 game as well. 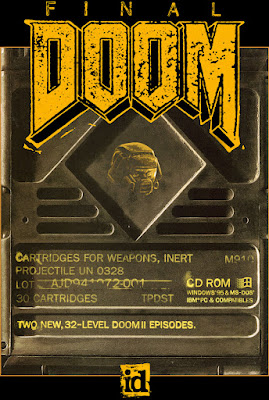 In the history of video games, there are few that could match the impact of Id Software's DOOM that stormed onto the world in the winter of 1993. I was there and remember the storm and and digital blood. It was glorious. During the core popular years of the classic DOOM, there was tons of map packs sold, both licensed and unlicensed to the hungry hordes of unwashed gamers. DOOM at the time was like an ATM for Id and other publishers. Some of these extra DOOM levels were seemingly official Id Software titles like the D!Zone disks. When I finally got an original PlayStation in 1996, one of the games I bought was Final DOOM released by GT Interactive and Williams Interactive in summer of 1996. This became the DOOM game that played most of the classic DOOM games. What Final DOOM was two 32-level designed by Team TNT called: TNT: Evilution and The Plutonia Experiment. According to the "story" of DOOM, these events took place after the events of DOOM: II. The reviews and legacy are all over the place with this one. Some heated it, calling it a cash grab and meaningless...but I disagree. I enjoyed this on the old PlayStation and I think it deserves to be remembered for what it was at the time.
6. Xenophobe ( Bally Midway 1987) 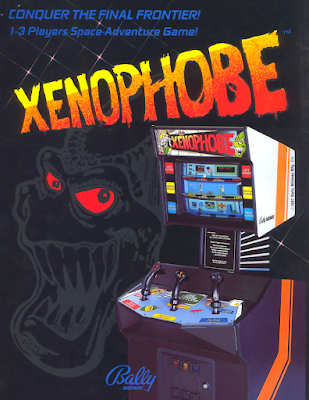 FWS has covered this icon of 1980s arcade machines and Xenophobe is my favor arcade title of all time! This game was designed from the DNA of 1986's ALIENS and if Bally had their way, it would have been a licensed ALIENS video game, but the production team fought against it and persevered the uniqueness of the title. Xenophobe was a common arcade game and was ported to most major systems with the ATARI Lynx being the best at the time. I love this game and it is the only arcade game I would own. This game was forgotten by some due to coming at apex of the golden era of the classic arcades. One of the most unique features of the original game was the three player split screen and the music...oh man, the music!!! Another cool element was how the portable ATARI Lynx game created an ending not in the original arcade ROM. After many levels, the human hunter starship arrives at the Xeno homeworld to battle the Xeno Queen. Cool unqiue element in the ATARI Lynx system.

One of the best movies of the 1980s is 1987's Predator and it seems like a great fit for a video game, but given the technology at the time...it didn't always turn out. Between 1987 to 1988, officially licensed Predator video games were released to a number of micro-computers and PC and even the NES! I wanted to discuss this basic licensed title that was a side-scroller due to original title and the year it came out. While not a great game, I came remember seeing this box in a computer store in Albuquerque and thinking how awesome it would be to play a game based on such an awesome movie. Another interesting point of this game is that your experience greatly depends on which system you played on. The NES game was crazy... 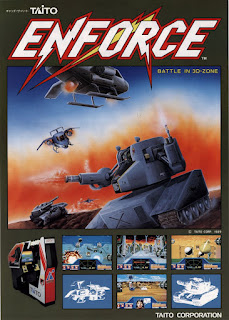 This 3-D future tank action game was released by Taito Corporation in 1988 in the arcades. The tank was more of mecha-tank hybrid that looked like a Skynet Hunter-Killer tank. In the game, you drive your tank through a rich 3D landscape populated with enemies to shoot and items to pickup. Your future tank is outfited with a 30mm minigun and a laser DE cannon. To me, the game has a Space Harrier feel and the playthrough videos that exist last less than 30minutes, so that tells you about the game itself. This game was a limit release in the States and the title screen says this odd statement: "Licensed from U.S. Navy under U.S. Patent 4,021,846. This was odd and I googled the patent number and it is for "liquid crystal stereoscopic viewer" which was used in the arcade machines. Interesting...
9. Starglider 1&2 (Rainbird 1986 & 1988) 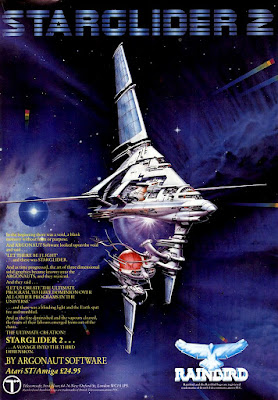 In 1986, Argonaut Software developed a first-person starfighter combat game that was in the spirit of the ATARI arcade Star Wars vector graphics aracde game. This game was ported to every major PC and micro-computer in the business at the time in 1986. The original game included a novella that added to the backstory of the war between two alien worlds. The first Starglider was a success and allowed the sequel in 1988. The sequel was more complex and came with another novella along with an extra cassette of the music due to the hardware limitations. Also included in the game was a 3D painting game that was inspired by the founder of the studio's love of the oddball aracde game I, Robot. While these games were forgotten due to them being on older computers and outdated media...Argonaut Software is founding remembered for two things today: Starfox and the Super FX clip.
10. Star Wars: The Empire Strikes Back (1982 Parker Brothers) 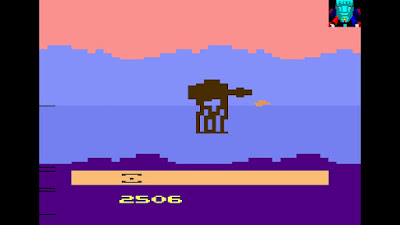 At times, I feel like the narrator at the opening of the Road Warrior due to my age and how much I've seen change in the world of video games. Don't get me wrong...I am not much of a retro-gamer. The oldest system I own is my original Xbox from 2003 and I've been gaming since 1982. In that year of TRON, I got my first home video game system, the ATARI VCS (later known as the 2600). One of the games me and my brother were super pumped about getting is Star Wars: TESB game for the system that allowed to pilot a snow speeder against the massive AT-ATs attacking Hoth. For many of my generation, this was their first official licensed video game for their home systems and maybe the first Star Wars game they played outside of the arcade. There are many that remember Parker Brothers video game title that came out on the ATARI and Intellivision systems. So, what is forgotten about this Star Wars title is its place in science fiction and star wars history. The 2600 ATARI Hoth game allowed you to play as Luke Skywalker on Hoth in all its 8-bit glory. Oh, and that game was developed by two people at Parker Brothers.