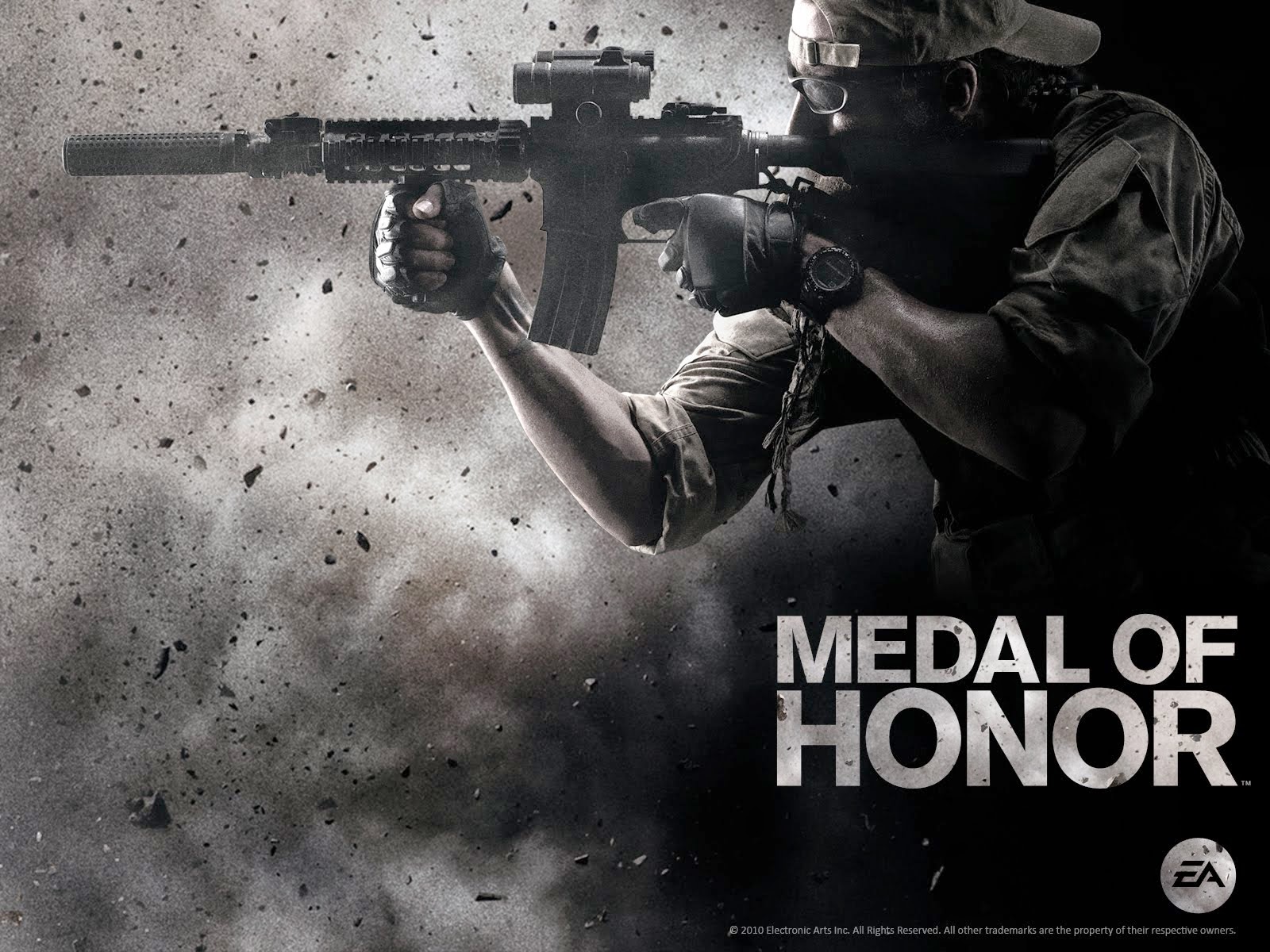 FWS normally does not review video games, even though, I'm a huge FPS/Shooter gamer. But, my recent experience with the new Medal of Honor altered that. If you research the game online, the poorly done reviews on it, compelled me to write my own. EA's Medal of Honor is the 21st century reboot of the original FPS WWII franchise, that got completely dominated by Call of Duty franchise. EA responded with hiring Danger Close Game to ditch the old WWII setting and replace it with current Special Operations in Afghanistan. Much like what Call of Duty did with Modern Warfare. I bought this game after playing both Mass Effect games back-to-back...yeah, I needed some good old military shooting after hours of talking and trying not to hurt anyone's feelings. I picked up the game used at a local Dallas Movie Trade World, and I ran through the campaign on the normal setting over a week with some testing of the online gaming. It is my hope with this review that FWS can shed some light on the unique qualities of this modern day military shooter. 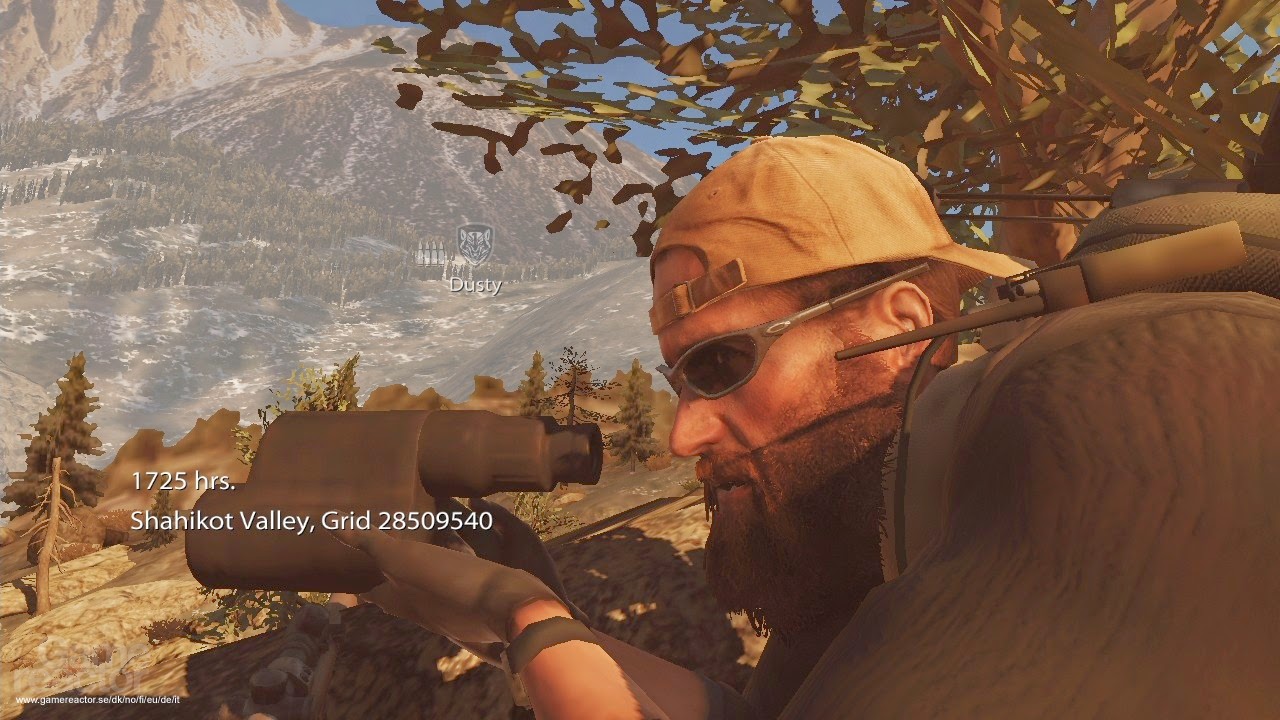 The war in A-Stan has been a passion of mine, and at times, I wished that I had been in a position to be fighting there. This game gave me what I original wanted from the Modern Warfare games, a realistic FPS action in the cities and mountains of Afghanistan with American Special Forces. The missions in MOH are seemly based on actual SOF missions, and being part of those missions was thrilling. This game offered me the experience of riding ATVs in the snowy valleys, using lasers to call in AC-130 gunships on trucks on narrow passes, and watching the nighttime destruction. During the day, the grander of the forbidding terrain is a vista that I enjoyed time-after-time. 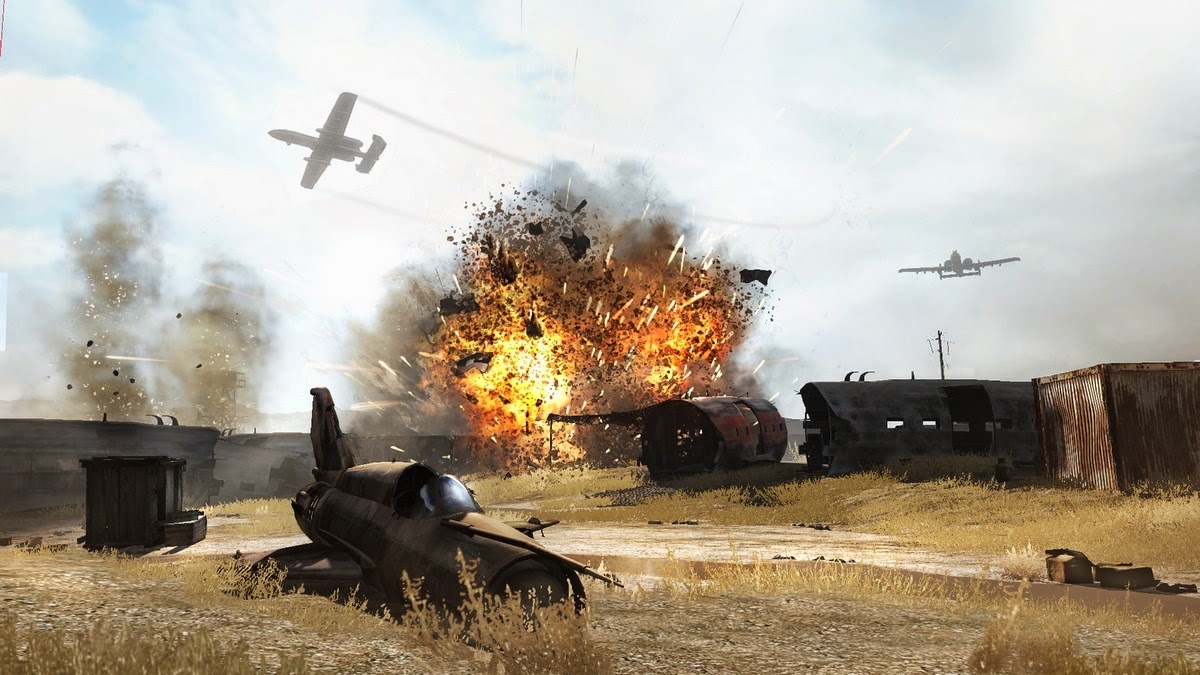 Coupled with the impressive visuals, is the audio chatter between your fellow Tier One operators, not only is the chatter genuine, it is also your orders, no pop-up objectives, so I was forced to listen closely to my eam leader while taking incoming. Included in the chatter was your teammates' tearing you down when didn't make a shot and I often felt bad when I felt like I let them down! I would reworked missions to hear positives about my skill-set. I found the night missions in the mud villages the most dyamic, while waiting in the shadows, listening to Taliban speak in Pashtun, then striking and if you fucked up, then the whole mission ends normally ends in your death. Crazy. 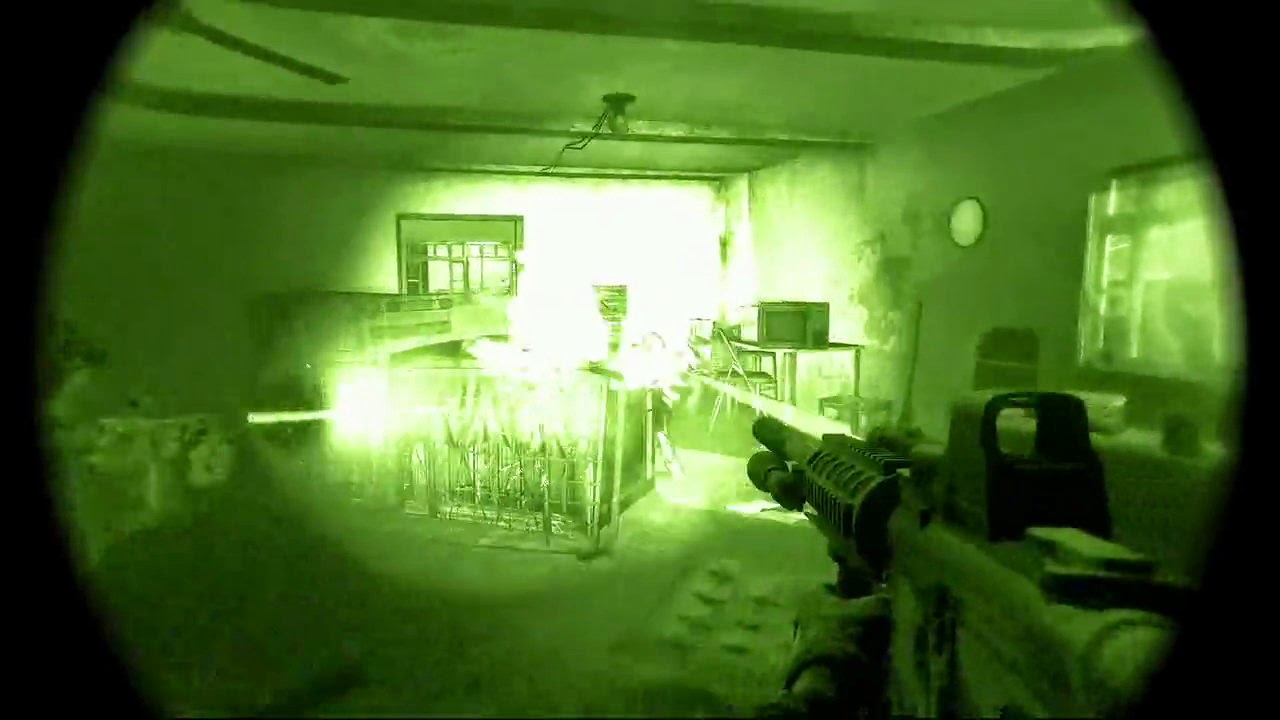 Added to this, I especially enjoyed the weaponry, the standard American SOF M4 is done very well, and I credit Danger Close with adding realism to the mix of the weaponry, unlike other games...when your M4 is fitted with a sound suppressor, the bullet is less effective...and the HUD sights were also very true-to-life. On a side note, I was impressed that three of my favorite weapons are featured in MOH, the Sig-Sauer 226 pistol, the Mark 18 Mod 0, "commando" variant of the M4, and the AKS-74U, my favorite carbine of all time! It should be said that ending of the game is one of the only gaming experiences were I cried. Yes, cried at the end. It is one hell of an emotional journey. 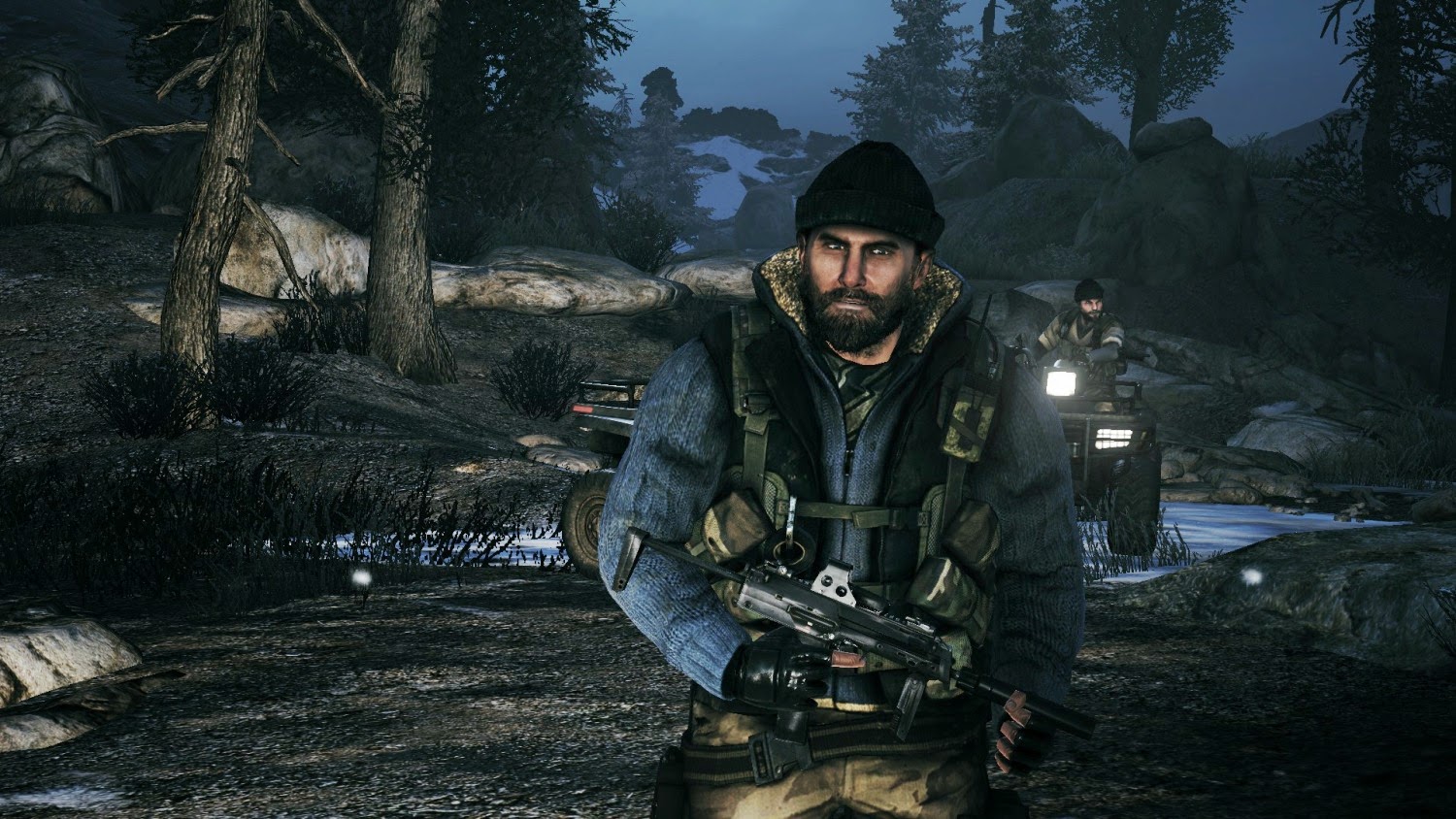 The worst thing about MOH is that the entire game as an overall lack of polish, the scenic massive environments are just a backdrop, the game funnels you into situation that limits your tactical choices, there were frame issues, and twice I had to reboot due to the game not loading the doors correctly. The allied/enemy AI is uneven, at times, the Taliban and your own SF troops are smart, finishing the fight quick, even pinning me down a few times! Then the next firefight, it feels more like a newbie Paintball game, with both sides pinned down, and you have to flank to get the party started. 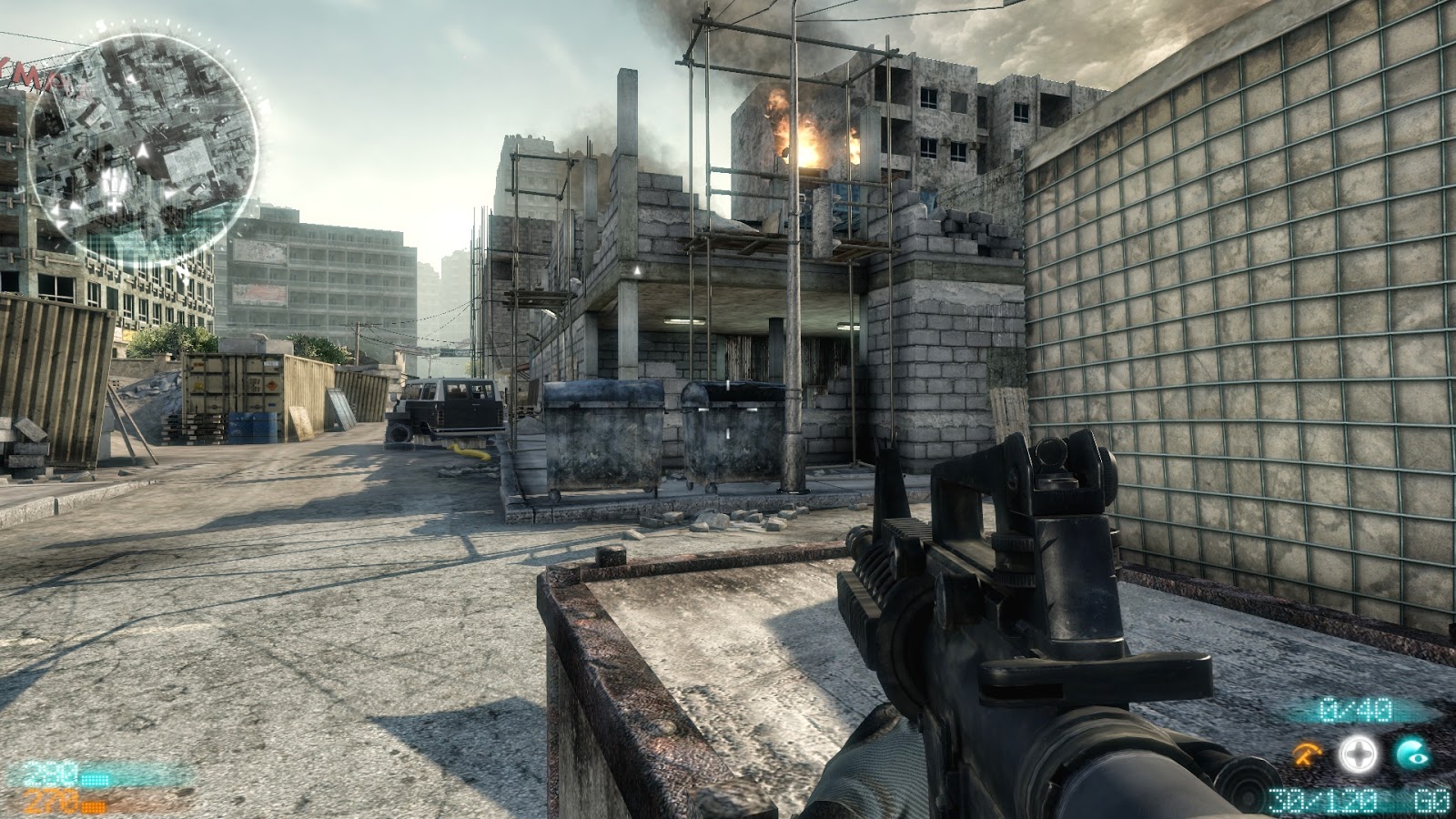 Another issue was that most of the faces of the male characters and enemies in MOH look like the love-child of David Duchovny and Jake Gyllenhaal that just went to a Cure concert (see above)! The melee function of MOH is more than the slash of WM2, but I wanted more, like the context sensitive melee of HALO: Reach. If you are on-line gamer, and who isn't these days, the lack of players online in the lobbies ruins the online pay. There was a night when I was playing online, and there were two of us in a lobby. Two. Never seen that in a COD  or HALO game! 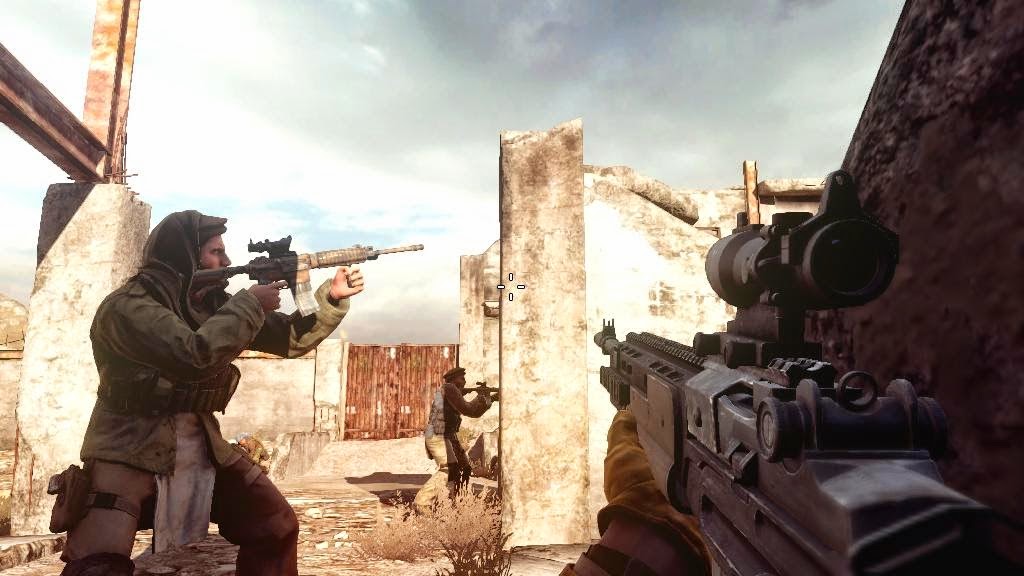 With the popularity of military shooters coupled with on-line games, campaigns have taken a backseat to the multiplayer. This is directly seen in the all-too-short campaign of MOH. This is the only real ugly element of MOH. If you are good at military campaign, you can beat the single player game in about six hours. To be honest, it pissed me off. I wanted more of the campaign. I paid for more, and I wanted to experience more of fighting A-Stan as a TIER-ONE operator. After one play through, I engaged in another, and founded the experience the same...and not in a good way. Unlike with games like HALO, the enemies were in the same spot and acted the same. Disappointing.

Medal of Honor vs. COD: MW2 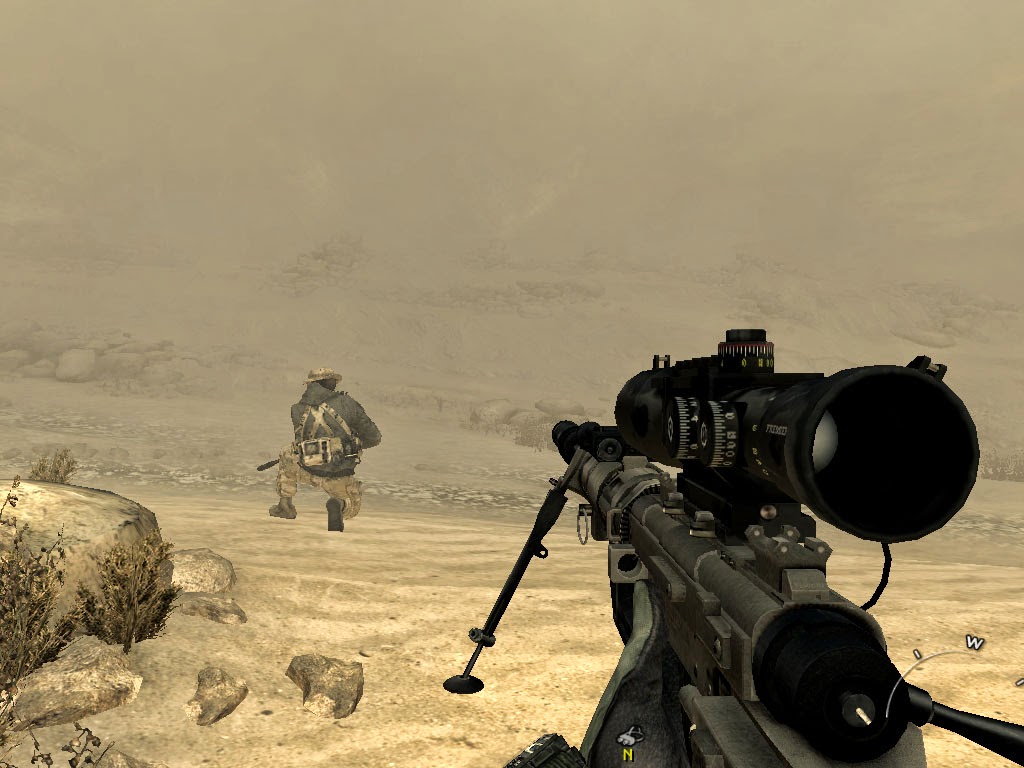 Since both of these games switch from killing Nazis to killing evil-doers, and both of these games take place in current reality of the world...they are often compared, but they are very different. The first time you play the campaign of MW2 is a one of those rare experiences in gaming, and the rush is like a drug. But, it doesn't last (it never does), the more you play MW2, the more the rush decreases, and the more the story doesn't make any logically sense. While MOH story is much more realistic and rooted in actually SOF operations in A-Stan. However, MW2 has MOH beat in characters that are memoriable, like Ghost and Soap... Modern Warfare 2 is also a highly polished game with few mistakes, while MOH suffers from some issues that should have been allowed in a game of such caliber. Simply put, MW2 is like pouring gas on a open flame, while MOH is a low strady burn...I personally enjoyed the campaign of MOH more than MW2, seeing Afghanistan, fighting in the brutal terrain, driving an ATV, and flying in an Apache while dealing death to the Taliban is one hell of an experience and I understood the plot.

Who is that Bearded Special Forces Soldier? 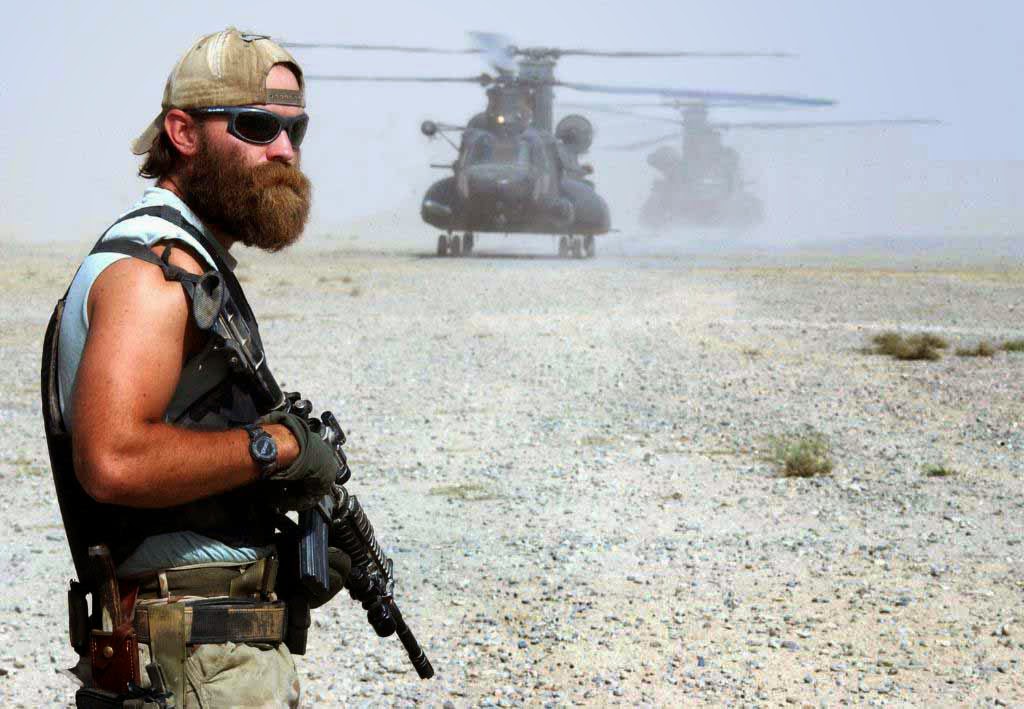 It seems that the 'Dusty' character from MOH (see right) is based on an American Special Forces Operator that was seen in A-Stan around August of 2002 (see left), and is most likely a Green Beret. The images of this 'Cowboy' are some of the most of the iconic of the war, and it seems logical that EA and Danger Close would use him as a model, and if the rumors are true, than Mr.Cowboy maybe one of the 'SOF advisors' for the game.
Here is the Link:
http://www.joystiq.com/2009/12/03/mock-the-medal-of-honor-box-art-and-this-man-may-kill-you/

Should you buy Medal of Honor? 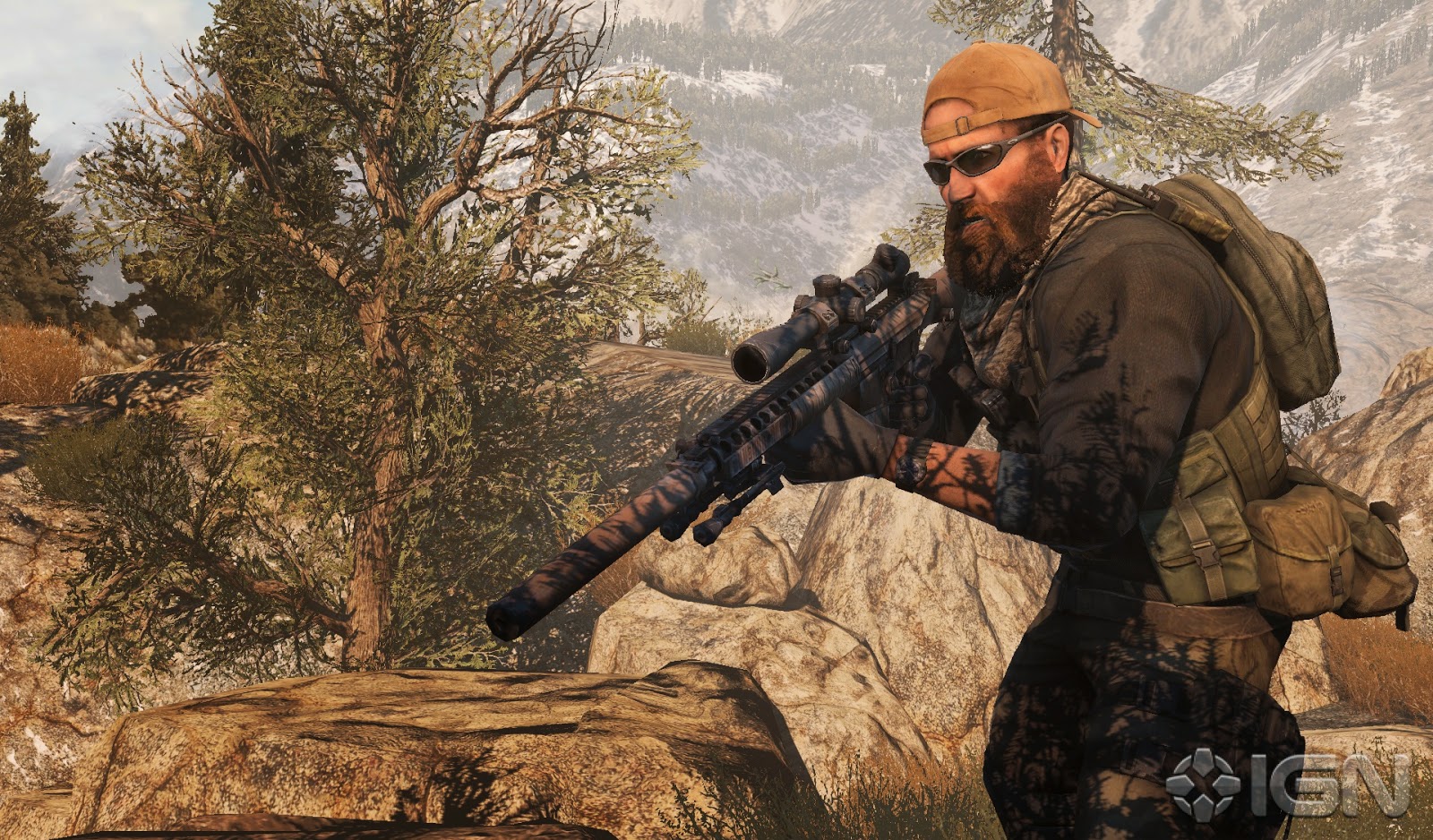 If you are in the mood for a good solid military shooter based on real events and places, than this a good choice, just don't pay for it new or the online play, because mark my words, the online play will die quickly. Medal of Honor is still one of the best experiences in shooters that should be undertaking...it is a good six hours of fun in the mountains hunting evildoers!
Posted by William at 21:43