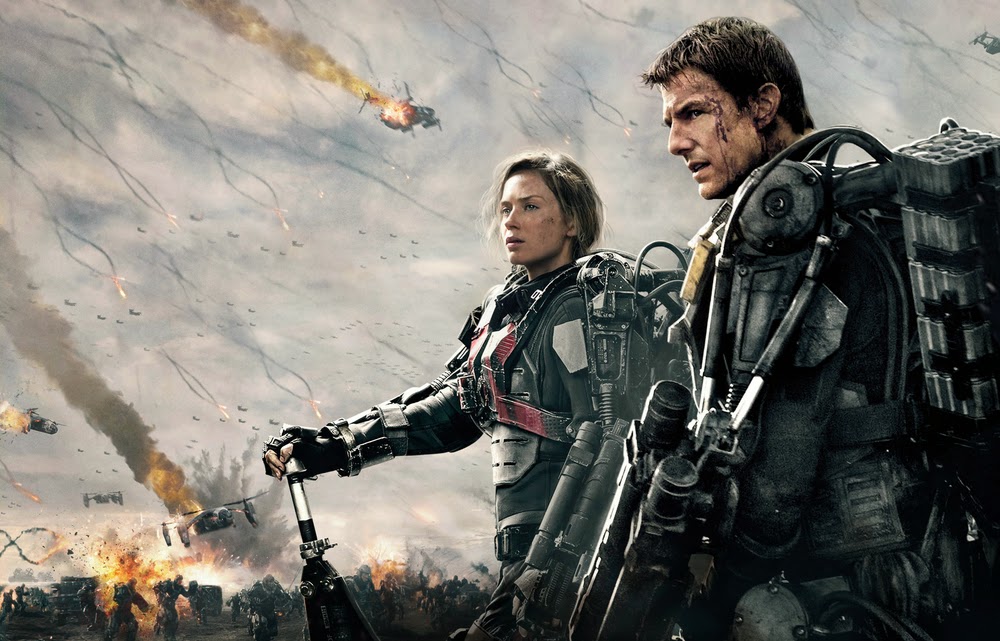 Well, we are getting another, even longer, trailer that explains more about new Tom Cruise/ Emily Blunt Military sci-fi flick, Edge of Tomorrow. Here we begin to see more of the situation on Earth, the massive beach invasion combat that looks fucking sexy, and the Groundhog Day temporal loop that causes Tom and Emily to be repeating the same time frame over and over. This trailer full informs the audience of the bleakness that is the war against the aliens, and we see a little more of the aliens..but the film is keeping that one more of secret. However, unlike the other trailer, this one starts off towards the end of the film with Emily and Tom talking about their situation while in an abandon house. I still do not like the song that they are using in the trailers, it reminds me of the song used in the trailers from Battle:Los Angeles. The more I see of this film, the more I am hoping that we are finally going to get our long-awaited gritted Saving Private Ryan like battle scene. Summer, everyone, summer. I am planning on seeing this one in 3D IMAX.
FWS should be updated Wednesday with the FWS Topics female soldier blogpost...took much longer than expected...don't worry, I'm still alive.

Here is the New Trailer: