FWS News Feed: Is This the Gun that Killed Osama Bin Laden?! 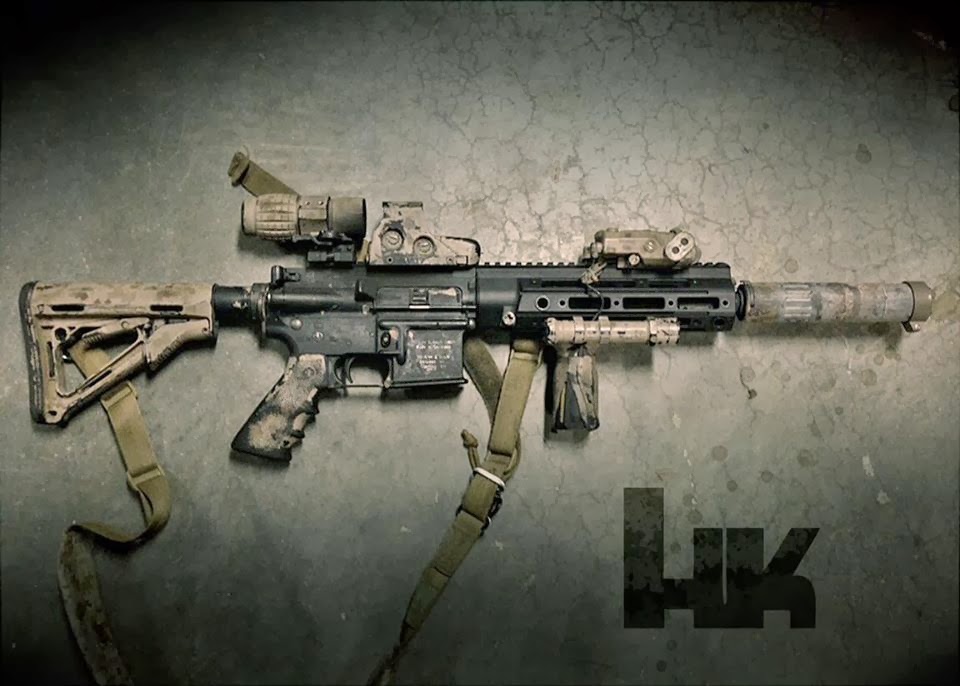 Rumors are flying around the internet that this glorious and holy Heckler & Koch 416 is the carbine that took down the shit stain Osama Bin Laden on May 2, 2010 in Pakistan. According to many sources, the weapon used was a sound supressed H&K 416 5.56x45mm assault carbine with all manner of toys-on-rails (FWS covered the gun hunt back in 2010). More evidence was mounted that the 416 was the correct firearm used, by its appearance in the 2012 film Zero Dark Thirty in the hands of ST6 Operators on the faithful mission and the 2012 book No Easy Day by Mark Owen, who also mentions the use of the H&K 416. For those not in the know, the 416 is an improved various of the Colt M4A1 Carbine and uses a gas-operated piston instead of the normal gas-operated bolt, and was developed by H&K in America with input from former DELTA Operators. This was a military firearm developed for missions just like Operation: NEPTUNE SPEAR. Since 2005, the H&K 416 has found itself in the hands of SWAT Teams, TIER-1 groups, the US Marines, and various European nations as their primary weapon. So, is this really the gun that killed UBL? This specific H&K 416 was outed by none other than former DELTA Operator Larry Vickers, who helped with the 416 development project. To me, and I am a REMF, this assault carbine looks correct for the perimeters of the mission and other pics of TIER-1 used 416s. If this is indeed the gun that took down UBL, than it needs to be an museum.
Posted by William at 17:32