FWS News Flash: New ALL YOU NEED IS KILL Image! 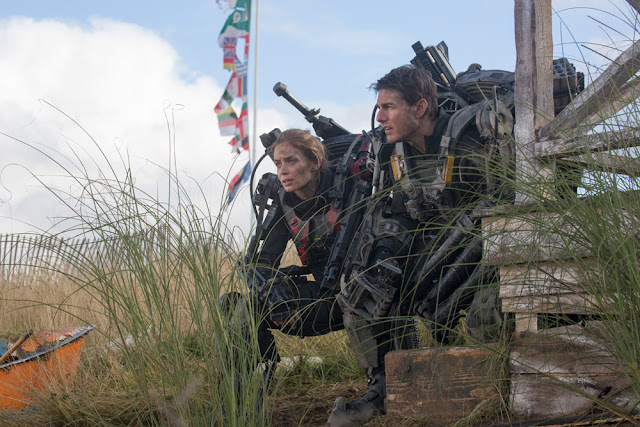 Here we go, yet another image of the upcoming MSF film starring Tom Cruise, All You Need Is Kill. This shows Tom Cruise (playing Lt. Colonel Bill Cage) and Emily Blunt (playing badass Rita)  in their combat armored power suits called "Jackets" in the original Japanese light novel, and it seems that they are on the grounds of the international base, due to the many different flags flying in the background. Once again, I must bitch about the film's take on the Jackets, which are close to the original source material, but not what I expected. Despite this, I have high hopes for this film, because of the original novel, which is brutal and interesting, and any live-action film with powered armor gets my attention with this much talent and budget. We shall find out if the effort was successful on March 7th, 2014. Until then, read the Japanese novel...it is worth it.
Posted by William at 11:12