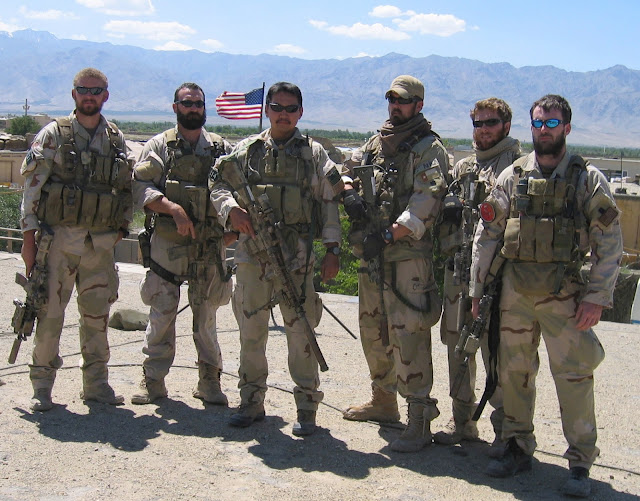 The word "hero" gets thrown around a great deal these days. It seems everyone gets their day in the sun of being a hero. Someone once called me a hero that for being a parent of an autistic child! I am not no hero, but in the wilds of Afghanistan, four members of SEAL Team 10 and those sent to rescue them, became symbols of heroism. They were sent on a recon mission to gather intelligence under the larger Operation: RED WINGS on Taliban operations in the Kunar Province. Things went badly for the SEAL team on Sawtalo Sar ridge around June 28, 2005 when the four-man team fell under attack from an unknown number of hostiles. While under heavy fire, Lt. Michael Murphy bravely exposed himself to enemy fire all while radioing for an SOF QRF. Two MH47 helicopters would arrive on-seen composed of members of the SEALS and the 160th SOAR. Sadly, an unlucky RPG strike would bring down TURBINE 33 and kill all those onboard, and only Marcus Luttrell was the lone survivor of the four-man team. All those involved were the very meaning of the word "hero", with Lt. Murphy acting above and beyond the call of duty, for which, he was award the Medal of Honor. Today, the trailer for the film based on the book by survivor Luttrell, Lone Survivor was released. Much like Black Hawk Down before it, Lone Survivor serves to honor the memory of those who fell and inform future generations of those deeds in that isolated place in Afghanistan. FWS remembers these brave souls...always.