FWS News Flash: All You Need Is Kill Gets New Title! 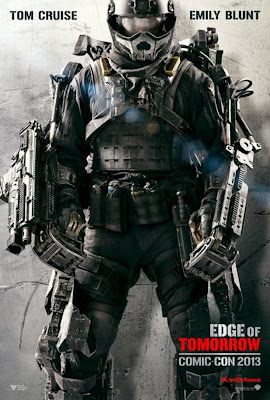 At Comic-Con 2013, we finally got a good look at the upcoming MSF-alien invasion-human-use-powered-armor-Tom Cruise-war-film set for a June 6th, 2014 release. Instead of the original All You Need Is Kill title, the film has been renamed Edge of Tomorrow. We are now getting a good look at the futuristic exoskeleton armor (called Jackets in the book) and it seems very similar in design to the real-world joint project between Sarcos Robotics and Raytheon, the XOS Exoskeleton. In regards to the film, it is much like what we heard before, Cruise plays Bill Cage, a man reassigned to the frontlines because of a mistake, and he repeats the same day over and over again, with the badass female soldier, Rita in her Full Metal Bitch, his only hope of escape from the Groundhog Day hell. We can see her using her melee weapon, just like the book. From the limited footage, some are drawing comparison to ALIENS-meets-Full Metal Jacket. I just really hope this is good...and could there be a video game in the works? Rumors say yes.

Tom and Emily in their Jackets: 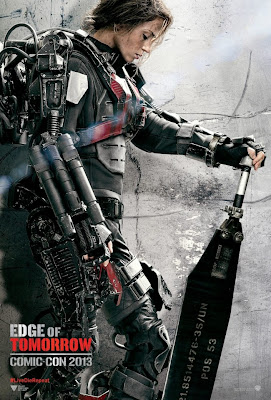 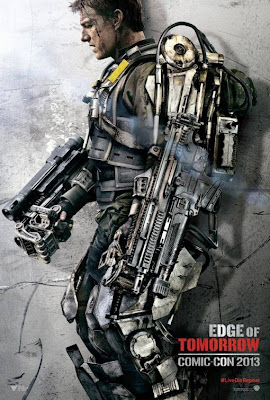