FWS Topics: Why I Did Not Buy ALIENS: Colonial Marines 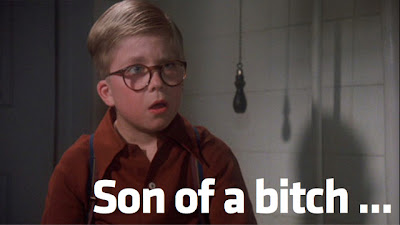 I really thought that right now I'd be knee-deep in dead xenos, kicking ass and taking names with the campaign of ALIENS: Colonial Marines. But, that didn't happen. I was at work Monday night, when news started to leak out that ALIENS: Colonial Marines was not all it was cracked up to be...in fact it was much worse. I read words like 'broken', 'ugly', and 'boring' to describe the game that the majority of us ALIENS fans were waiting on to be the one. I was all set to buy the game, I'd save for months getting the money together to buy this title on day one, but when I read the review, and after my trauma of Medal of Honor: Warfighter, I decided to wait until after more reviews. And I was glad it did. So, I saved my hard-earned money from dancing afternoon shifts at Le Bare, and bought the new Bond movie Skyfall and decided to use the rest of the money for a game of paintball with my friends.
The fucking sad thing was this was to be the one ALIENS game that was to finally give us the experience that we have wanted since 1986. But the reviews don't lie. IGN and GameSpot have rated it a 4.5 on a 10 scale, JoyStiq was much worse, 1 out of 5, and Kotaku.com has rated it a 'poor'. Even from video I've watched, the game looks nothing like we've been seeing lately on the Xbox 360 in terms of graphic technology. 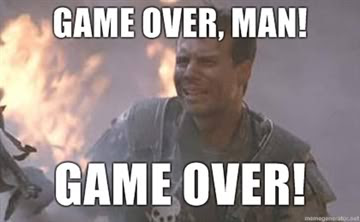 Some have even said that it looks like a great PS2 title! I feel fucking lied to, like that guy from the Crying Game, and I feel sick, because Gearbox promised us that this time it would be different, like some abusive asshole begging his girl back. Worse yet, some are saying that Gearbox didn't even do the work on the campaign, they farmed it out to another studio, while Gearbox worked on the multiplayer. WTF?! ALIENS: Colonial Marines is not some Call of Duty title, I don't want to play it on Live, I wanted a campaign that would finally show us the dark beauty of that world of 2179. Gearbox really fucked up on this one. The dream I had for ALIENS: Colonial Marines looks like it is gone, and this was, most likely, the last shot we ALIENS fans had a truly great game based on the dark science fiction work that we've come to know and love. I will buy this game when it is ten bucks at Gamestop, but until then...Game over, man! Game over...
Just read below and drink...I have:
http://kotaku.com/5983654/most-reviewers-agree-you-should-avoid-aliens-colonial-marines-like-the-plague
Posted by William at 09:14