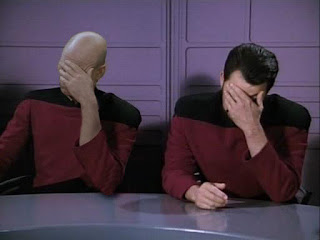 Okay, I admit it, I am not a fan of J.J. Abrams' reboot of Star Trek. I hated the first one with such burning passion that I thought I had an STD. It was not was not the Trek grew up with, and the lens flare bugged me to the point of a seizure. When I heard that another heresy movie was coming out, I rolled my eyes, my wife begged me not to rant, and I moved on...but then someone at work, asked me if I was going to see it. 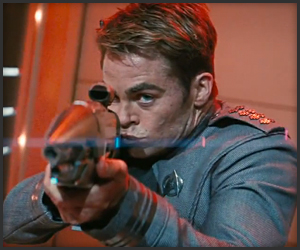 I asked why before flying into a rant, and they said, and I quote: "It looks like military science fiction, and you're all about that." So, I watched the trailer, and I could see where someone would say that. The new heresy Trek seems more MSF than the original ST universe, which I'm sure thrills Gene Roddenberry to no end if there is an afterlife. So, readers of FWS, I ask you, is Star Trek II: Into Lens Flare military science fiction? If it is...someone else is going to have to review for FWS...because I am not seeing this heresy because I might be turned into a pillar of salt!
Posted by William at 09:52