We waited around for hours in the heat for the rest of the recruits, isolated from the rest of the market. I wondered if Zinc knew what I had done, and what these off-worlders would do when he showed up threatened them. Would they shoot him? God, I hoped so.


A man in a brown jumpsuit appeared and studied each one of us sitting against the mud-brick wall “Sandoval?!” He called out. 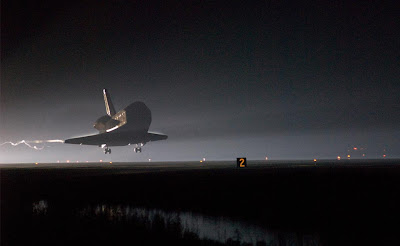 “Here” He motioned for me to follow him, with a guard followed close behind me into a building, it smelled strongly like cleaners. It was nice. The Foreign Service recruiter wore a mask, rubber gloves, and he didn’t shake my hand. When I repeated my desire to sign up the small thin off-worlder looked at me with genuine shock, as he scanned me with some type of portable medical device.

“You know what you’re signing up for, right?” I nodded and kept my fingerprint on the PDA. “Abaddon is not a nice place. You’re not a dusthead or nuts, right, dude?” I wasn’t even sure what ‘Abaddon’ was. I shook my head. Drugs, booze, fornication…none was a relief for me. I wanted closer not just an escape.

“Look,” I waved my hand to his comments, “what’s the deal here, are you for real?”

“Getting me off this shithole… forever.” He smiled and flashed a picture handing in the air; I jumped back, causing the guard to laugh.

“This is Elysium…” he clicked to green fields being pushed by gently winds. I’d never seen anything like it, but I wanted to be here. “And we are giving you forty acres and servant automaton.” He adjusted his mask and seemed to smile, but I couldn’t tell, “if you survive that is.”

I tried to look unimpressed, I’d been in my share of firefights, “You mean survive war you’re so on about?”

That got the recruiter, the smile dropped, and he switched off the projection of Elysium. “The war as to be over before you discharged out of the Foreign Service! Only then can you take up residence on Elysium!” He clarified strongly, but I was undeterred, I wanted off and away from this place.

I shrugged, I’d seen bad shit, and done some bad shit, “I’m still here.” Then the recruiter, who looked like he was still a virgin, said something that really pissed me off.

“What kind of dumbass question is that?!” The guard pushed me back down into my chair, as the recruiter leaped out of his.

“We… we have to ask… you know…” I never answered his question; I just returned a hard stare. “Okay… thumb print, and we’re done.” Before I touched the little computer, a shot of pain jumped at my neck, I leaped up, only to fall, then darkness.

I woke in the cleanest vehicle I’d ever been in. There was cold air blowing on my face, and I tracked it to vents. Never had I experienced A/C, or a vehicle that was all original and not covered in rust, sand, or blood, or all three. When I rode with Zinc, I had to be half-asleep; rifle-ready for anyone trying to take what was ours, or take back what was theirs. Zinc preferred me to draw guard duty, so sleep was often a short affair.

Surrounding me in the cargo bed of this vehicle was others like me, most were asleep, and a few seemed to be watching the two guards watching us. Their fingers were not far from the triggers. More than an hour later, the vehicle stopped at a gated complex surrounded with guards and heavily armed vehicles protecting a runway. Parked at a tarmac were three white shuttles, ready for my exodus. Off-World workers descended on the truck when we stopped, through the thin walls I could hear them:

“About a dozen from some trading post on the outskirts of the Tanami Desert.”

“Not enough...this brings us up to barely five hundred! We need thousands!”

The doors opened with a jerk, the bright desert light flashed all of us blind. “Scrub them hard, burn every bit of clothing, and shave them bald!” Hours later, I rubbed my shiny head, still confirming the odd fact that I was newly bald. We had been piled up into a empty common room, in white thin cotton garments, I never felt so naked in my whole life. None of knew what to make of the situation, and the guards weren’t saying a damn thing.

Without warning, the white walls lit up with LED words in bold green letters and arrows pointing to wall slots: FOOD. COFFEE. WATER. Every one of us got a smile. “It’s chow time.”

Night overtook the land, and the temperature dropped, we hurtled together for warmth, despite the coffee and fresh chow. The power of these people amazed me; they had machines that produced hot coffee, something called espresso, then trays of hot food, endless amounts of food, too. All of us got two or three trays and nothing was said! Zinc never let me have that much! Never in my life was mealtime this great. The real symbol of the real power of these colonists was waiting for us on the runway, their black and white VTOL shuttles.

The woman next to me bummed the last of my cigarette, “I keeping thinking this is a dream, you know?”

“Yeah, I feel like I died and got to heaven after chow.” She twisted out the cigarette under her boot.

“What do you think about this war?”I looked at the bald female, and shrugged.

“I don’t know. Never seen a big war, mostly just raids, but it’s gotta be better than here…right?”I wandered if this cute bald girl huddled next to me was like me. Taken from her mother and forced to do horrible things.

She looked up at the star fields that lit up the cold desert night, “Maybe, but I heard rumors that it’s a war against aliens,” She noticed my facial expression and slapped my shoulder. “I’m not crazy!” Before I could response, more guards appeared, spinning up the nervous energy level among us. If you lived on Earth, then you knew the Golden Rule by heart: when someone pointed a gun at you, you pointed yours back, or you were a dead man. None of us were armed, and that only added to the unsettled feeling rolling around my stomach.

Following close behind the guards, were medical-looking people. Someone down the row exclaimed, “Here it comes… Needles.”

“Damnit!” Another spoke up.

“Shut up and relax recruits!” Spoke one of the guards, "Pills. Then boarding the shuttles for the transport.” The gas-masked guard shouted, who looked vaguely human, pointed the barrel to the little medical cups, “and you will take’em!”

And just like that we did, but fifteen minutes later I was dazed. Like my head was filled with sand. The guards shoved us on the shuttles onto retrofitted jump seats in the long cargo bay. I could barely utter a word, but fell into the seat and was thankful for it. I've never liked drugs or their effects. The drugs were ruining my experience of the launch into space, and the docking to a brittle-looking spaceship. More guards moved our zombified asses in zero-gee until we were locked in a room; the flux in gravity and the recycled air played hell with our bodies, floating vomit become a common site.

After hours, and the drugs wearing off, floating med-techs with small robots made their way around us, directing us into small pods. Some put up a fight…it ended quickly. I resigned myself to the thought if they wouldn’t have gone to all this trouble to kill me, they could have turned me over to Zinc.

I only learned this later that the colonies had eliminated basic training, via some sort of implanted education; however, the ritual of shaving of the head was maintained. Once loaded into the pods, we were clinical stripped, washed, and re-shaved, with the efficacy of machines, then injected with all manner of nanobots, and medical wires were attached to our bald heads. Only by a dose of another drug made the process tolerable.

During this indoctrination process or torture, as I couldn’t figure out the difference, we were in and out of conscience. There seemed to be no flesh-n-blood person beyond the veil of our pods. Another chilling fact I learn later was that the transport ships used by the colonies were completely automated. I thought back to the stories my mother told me about my great-great grandparents that fought in the AI Wars, I wondered what they would have said. But they didn’t live to see the nuclear war, and this new bloodthirsty enemy. I fell asleep as my pod was locked into place; I never heard the screams of people that were awake when the gel filled their tubes. I was glad for that; I would soon hear enough screams on Abaddon.
Posted by William at 18:32