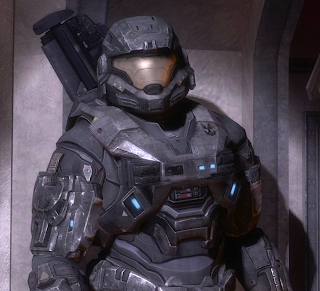 Out of all of these supersoldiers appearing in sci-fi, the SPARTAN-II project from the HALO universe is the most detailed,explored, and in some ways, the most realistic. Most sci-fi stories about supersoldiers have them being the best hope for victory, but HALO twisted that, into a story of abducted children, most dying before their destiny could be realized of being our best hope of survival against the alien horde. HALO also gives the SPARTAN-II's an odd sense of family and culture seperate from the rest of the UNSC. 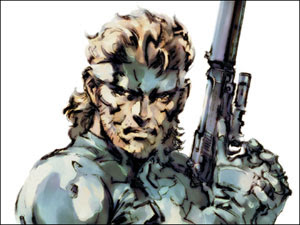 Unlike most of the characters on this blogpost, especially John-117, Solid Snake needed only a mullet, cigerettes, and his bandana, not face suit of powered armor for the Snake. In contrast to the rest of my favorites, Snake used his brain to solve tractical issues, not just firepower. I was often impressed by the backstory give to this, one of the great video game characters of all time, and the concept of  Les Enfants Terribles, DNA breakdown, and a man tied to his genetic destiny makes Solid Snake of the more original concepts in the supersoldier genre. Plus, he as a cool mullet.

The shocking image of these black NBC uniform wearing badasses was one of the few great elements of the deeply flawed 1984 Dune movie...some disagree, like toplessrobots.com called their uniforms: "radioactive garbagemen". The Saradaukar ranks were made of the survivors from the imperial prison planet, and trained in all manner of curelity and warfare...they were so feared through the Landsraad, that the mere mention of their use, would make entire worlds fall back in line. The Saradaukar were overshadowed by the Freman in the books, and never felt that got their due in the novels of movies.

The Fishspeakers (The God Emperor of Dune) 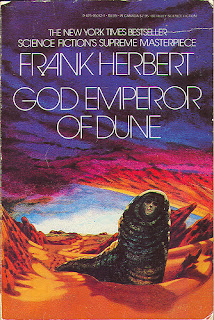 Leto II, ruler of the known universe decided that male armies too easily gave into predatory impulses ad would result in war crimes and civil wars. He developed the all-female Fishspeakers to keep humanity on his Golden Path, protect the empire/spice/the God Emperor, and be an police/military force. They were commanded by the clones of Duncan Idaho....leave it to Herbert, one of the most talented writers of the 20th century, to name badass female soldiers, Fish Speakers... 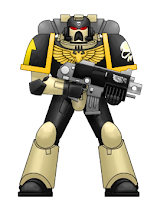 The universe of Warhammer 40K is one of the more darkly original in all of sci-fi, along with their concept of the defenders and oppressors of mankind, the Space Marines. The Space Marines are genetic altered from the DNA of god-like humans that descended from the God-Emperor, and nearly alien themselves from humanity. What always got me about these massive uber-warriors was how anti-hero like they were, and how grim their lives were. 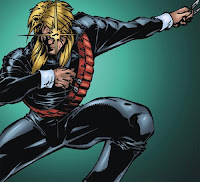 To be fair, my brother collected X-MEN, I didn't enjoy the bulk of the superhero shit, however there was something about the Mojouniverse and the warriors that fought in the bloodsport games boardcast on their verison of TV that sparked my mind. Marvel never really capitalized on the concept as well as I think they should have.

Sontarans (Dr.Who)
The original Dr. Who was low on military action, but the show did generate one of the more interesting supersoldiers in the Sontarans. My information about the Sontarans, and the best verison of the race came from the old Dr. Who FASA RPG: "The origins of the Sontarans have not been revealed in the television series. The Doctor Who role-playing game published by FASA claimed that they were all descended from the genetic stock of General Sontar (or Sontaris), who used newly developed bioengineering techniques to clone millions of duplicates of himself and annihilated the non-clone population. He renamed the race after himself and turned the Sontarans into an expansionist and warlike society set on universal conquest. However, this origin has no basis in anything seen in the television series."

Major Kusanagi (Ghost in the Shell) 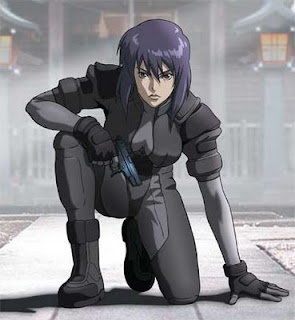 The major was always more than "one tough chick", the manga and original Anime movie, but not overall complex, and added to this, was she wasn't sexualized, like most female soldiers. Instead, Kusanagi walked a line between being human and machine, I liked that she realized that she could never go back, and played her role. The manga Kusanagi is the best verison of the character. 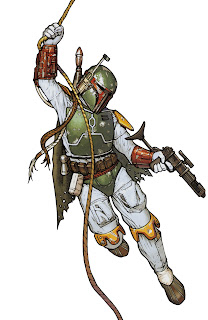 Most of the Star Wars universe, films, books, and fans are obsessed by the whole Jedi/Sith bullshit, but the cool element of the Star Wars universe? The Mandalorians and their cloned Stormtrooper brethen...and standing before them, is Boba Fett. There is just something about Fett being a killer in a galaxy of energy-sword wielding dumbasses. As a sidenote, I actually met Jeremy Bulloch at TFN event in 2002 and pod raced him. 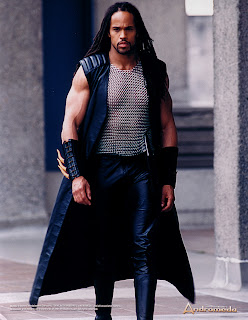 Andromeda was one of those mixed-bagged sci-fi shows, cheesy one minute, and brilliant the next, and one of the better concepts was the Nietzcheans, the superhumans of the Andromeda universe. The show tried hard to make the Nietzcheans a race of superman badass warriors, giving them a great backstory, but it failed to give them a culture...and made the race feel hallow, like a pale imitation of Klingon.
Much credit goes to actor Keith Hamilton Cobb for developing his character as the standard for Nietschean race, but no one seemed to be able to follow in his footsteps. The race's interaction with normal humans, their superior attitude leading to the fall of the Systems Commonwealth, was oddly original. Oh, the whole bone-blades was cool.

In high school, I bought a ton of Anime and Manga, attempting to forget being trapped in northern Oklahoma, and one of those manga was Xenon: The Heavy Metal Warrior, printed by Viz Comics. The story is of a greedy arms company (aren't they all?) called Bloody Seas, that fakes accidents to takes research victims. One of them, was a high school kid that they transformed in a "heavy metal warriors" with bio-armor and implanted weaponry.
Click here to read the manga:
http://www.mangafox.com/manga/heavy_metal_warrior_xenon/ 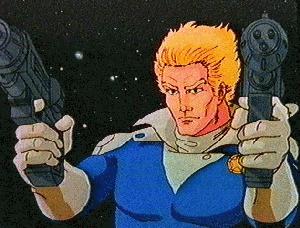 I may be aging myself by admitting this, but in 1986, I watched this show, and my favorite character was the Goose. According to wikipedia, Shane Gooseman was a: "genetically produced in a test tube as part of a government genetic experiment to create a group of enhanced mutant soldiers known as "Supertroopers." Goose was designed to be the "cool character" and was rumored to based directly from the Clint Eastwood school of badasss. In the series, he was often the rouge element of the rest of the uptight Rangers. 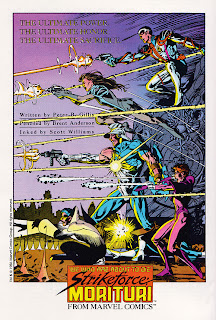 In this brave, original comic from 1986, the 21st century Earth is invaded by marauding aliens, called the Horde, and they raping Earth and killing millions. The UN develops a project to turn normal people in supersoldiers via a highly dangerous process...killing some instantly, and all after one year. They are the Morituari, those who are about to die. This, mostly likely, was the best sci-fi comic, ever done by Marvel. 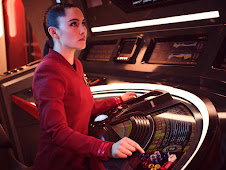 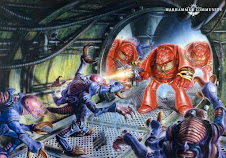 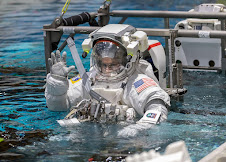 Going for a quick Swim