The advent of 3D printer technology will revolutionize future society, and fulfill the promise of the Star Trek replicator in a real-world form. While the technology will be used for the civilian market for low-impact micro-production, food, and on-demand fabrication, and there will be military applications. It seems that the minions over at Sledgehammer Games are betting on 3D Printer technology being MILSPEC grade by 2054. No where is this more seen in the "3D Printer Rifle" from incoming military sci-fi game. According to Game Informer Magazine, this bullpup caseless(?) rifle will have a tank of liquid metal or other material that when the player racks the bolt, the next-gen rifle will begin the fabrication of bullets. The number of bullets is limited by the amount of liquid material and the rate-of-fire is governed by the fabrication ability. Heat and environmental conditions could limited the fabrication rate...just a guess. 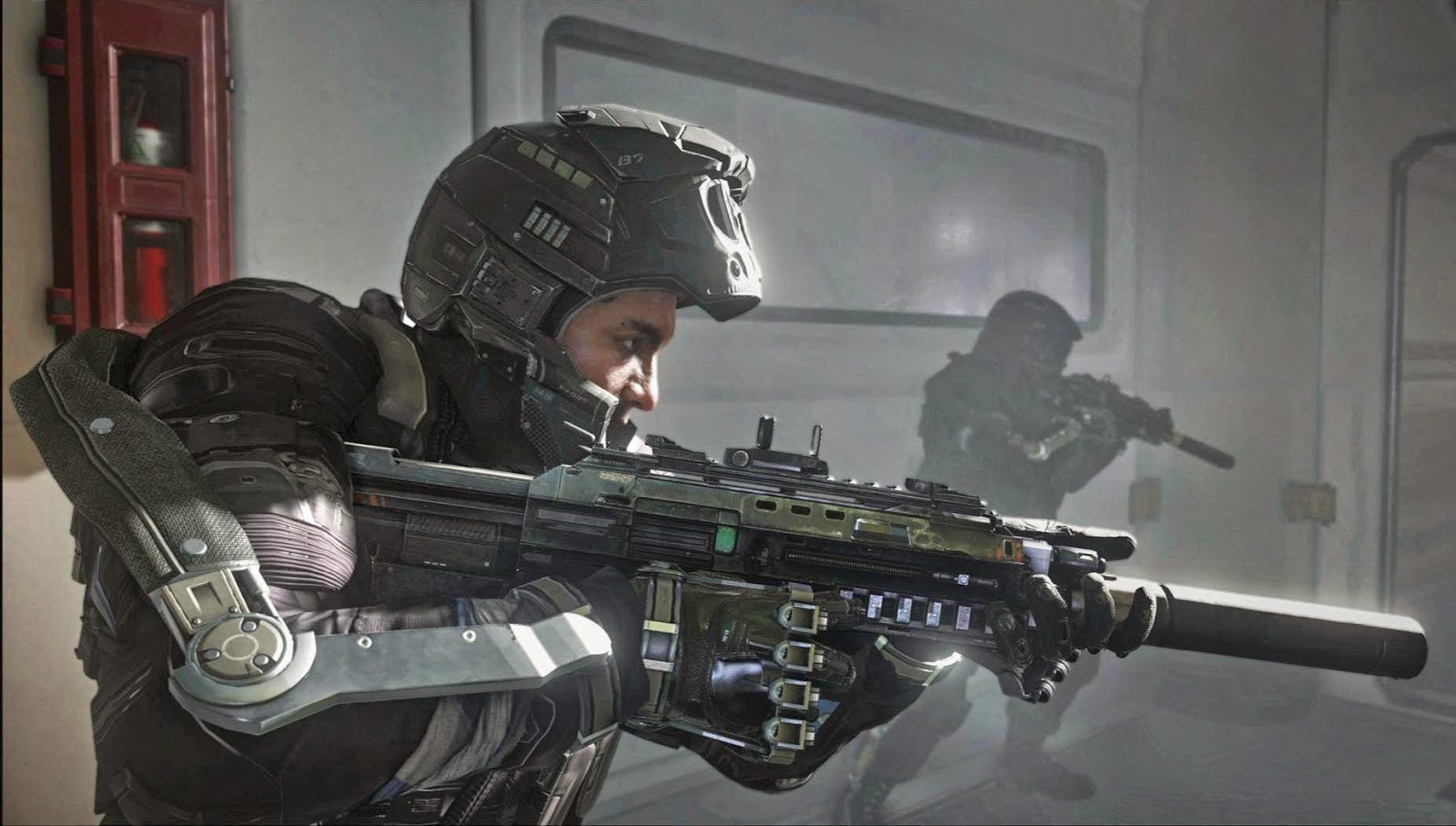 From the only image we have of the 3D Printer Rifle, the ammo counter works differently. One number is the amount of bullets manufactured and the capability remaining. Or something like that...Sledgehammer is still working on the weapon and its in-game abilities. When we examine the technology of a weapon like this, it is certain that a weapon like this allows less reloading...but what happens when you run dry? How hard is to reload the tank? Are we talking the easy of paintball air tank or something much more difficult? Could you carry more of these material tanks in the field on your kit rig? How hard would it be to clear a jamming in the printing matrix? While 3D Printing is something new, some of this technology has been featured in MSF books like Old Man's War with CDF MP-35 that used a block of nano-material to fabricate different ammunition types. Another certainty is that with the technology in a Call of Duty game, it will gain popularity and populate in other works. Could be an interesting technology to explore in a blogpost and/or a new book....