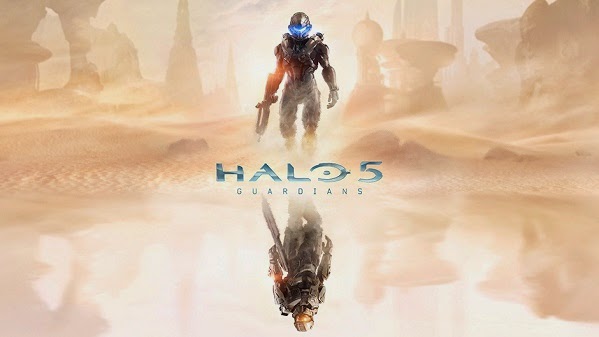 There has been a great deal of news about military science fiction properties recently. It seems all FWS is doing lately is making news announcements. Very soon, FWS will have its own major announcement, but more on that later...we need to talk about the next installment in the military sci-fi video game dynasty, HALO 5: Guardians. Set for release in May of 2015 on the Xbox One system by 343 INdustries, it will continue the story of the Master Chief, Cortana, and some new female SPARTAN seen in the first official released art for the game. Or is the female SPARTAN, Sarah Palmer? 343 Industries as informed us that the female warrior holding the battle rifle IS NOT Cortana. HALO 5 will be another massive adventure game, with online play, and be launched in conjunction with the Xbox One HALO TV series. There is little to go on here, but it seems that HALO 5, like HALO 2, could feature two main characters that are operating towards the same goal, or telling two sides of the events in the game. Some fans have theorized that the female SPARTAN is from the future, and the Chief is in the past. Either way, we are getting more HALO, and we shall see if this new game on the new system can be as good as the previous titles. While I liked HALO 4, I didn't love it like the other titles, and most fans were the same...could HALO 5 round out the new universe or be more of the same? I guess we are waiting until 2015.
Posted by William at 12:58