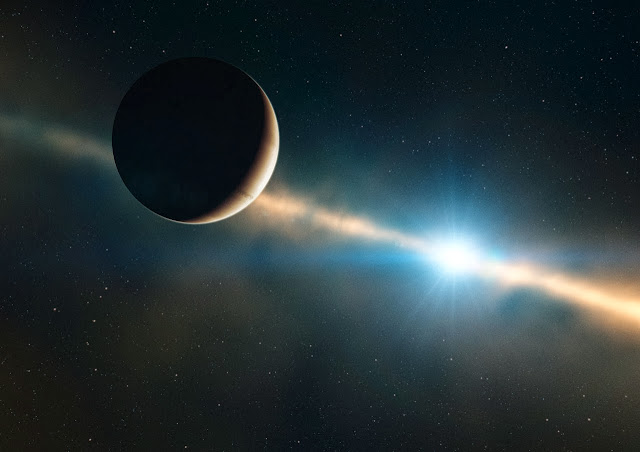 What will we found out there in the black? What awaits our colony ships? Could our brave new world be occupied by someone or something else?


I’ve been keeping a secret from you, dear readers. For months, Derek Restivo, founder  of Xenomorphosis.com, and I have been collaborating on a project that unites our shared talents. Derek and I are proud to announce our joint comic venture: REGICIDE!
This 12 page comic tells the story of mankind’s first colonial expeditions to the habitable moon of a gas giant in the Lacaille 9352 star system, and their subsequent failures at the hands of an unknown threat. Two attempts at establishing a colonial site on Juno have failed, including an armed UN expedition. With the situation on Earth desperate, the UN listens to a man who has a plan to rid Juno of the threat. This is where our comic opens: the last ditch attempt to save the colonial venture on Juno with the assistance from Dr. Joao Cabrillo. 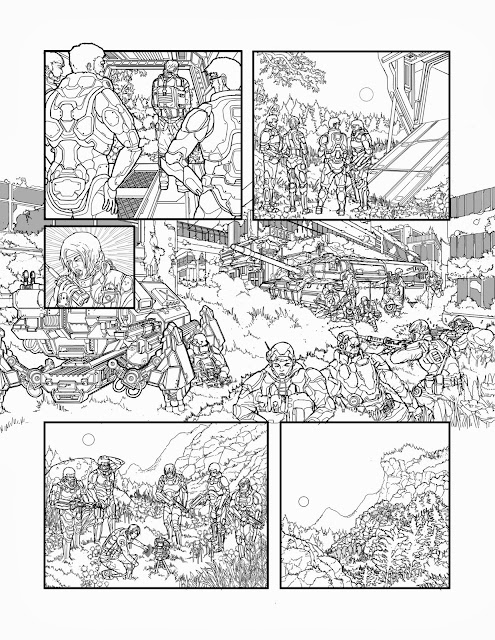 This comic project came about in mid-April, when Derek suggested that we work together on a project. He proposed a comic that would serve our two interests: military and dark science fiction. Derek suggested that this fusion would be best served by a story involving a hive, creatures, bullets, blood, tactical nukes, and powered armor. I was all in, and within 24 hours, I had the basic plot and first few panels mapped out. I actually came up with the idea of REGICIDE when driving to a hair appointment while listening to “Black Planet” by Sisters of Mercy, and was thinking on what kind of enemy our contractors should fight. It was then that  I recalled  the fungus that infects ants and takes control of them: Ophuicirdyceps Unilateralis. Of course, I later learned that the video game The Last of Us used a similar concept. For the story itself, I used the modern military trend of using private military companies, some concepts from LOST, Escape from New York, Xenophode, and of course, HALO. For the look of the comic, Derek was inspired by the modern sci-fi design of Mass Effect, the natural environments from Studio Ghibli films, the twisted creatures from The Thing, ALIENS, Dead Space, and HALO, and the dynamic portrayals of action and violence in manga series like Battle Angel Alita. 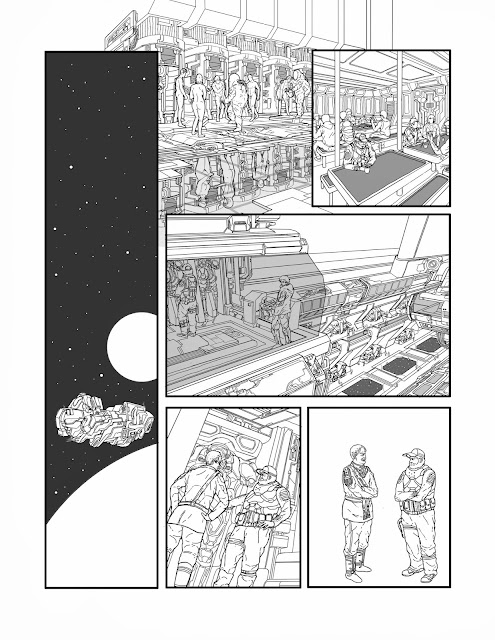 What should you expect out of REGICIDE? The comic will be told over 12 fully-colored pages, with each panel being packed with highly detailed art that has simply blown me away. At the moment, Derek and I are presently deciding on how REGICIDE will be brought to an audience. It could be serialized online; however, if anyone who is in the comic publishing industry is reading this, we are more than open to the possibility of REGICIDE becoming proprietary to your company. At the moment, early 2014 is the target date for completion of REGICIDE.


Personally, this project has been extremely satisfying. Not only did I have to learn how to script a comic, but I also had to consider the pacing associated with a visual format. Fortunately I was able to tap into my old film classes. When I saw the first panels of REGICIDE, I was damn near moved to  tears. For a writer, it is an amazing experience to see your words transformed into a reality that not only captures the mood, but the spirit of your words. Derek was able to shape that world composed of words into a two dimensional reality. I want to thank Derek for including me in this project, and for all of his hard work on this project.