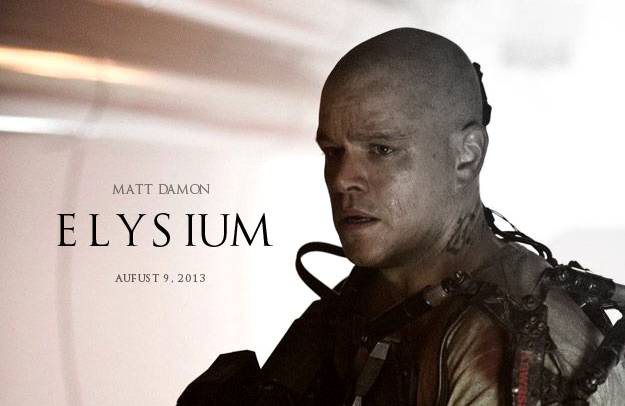 We finally have a trailer for Neil Blomkamp's summer big sci-fi action epic Elysium. And damn, does it look good! There are some real style elements from District 9 and some of his other film-shorts, with down right beautiful shots of the space station where the rich have retreated from the dying Earth, and the the battlefield that has become the dying Earth. We finally get to see Matt Damon in action with his advanced weaponry. I am uber-exited about this film, and the sci-fi action that it is going to bring to the big screen. Man, 2013 is shaping up to be a great year for sci-fi films  ENJOY!