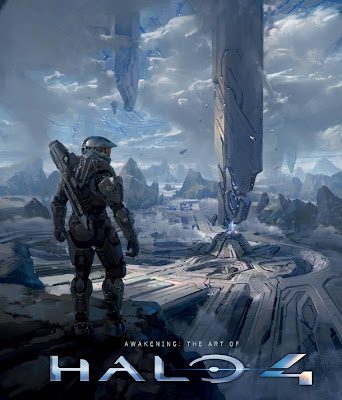 In 2001, Bungie, known for their PC FPS Marathon created the premier title for the fledgling Microsoft Xbox home video game console, HALO: Combat Evolved. Not only did this military sci-fi shooter give the world one of the best campaigns in history but also one of the first iconic video game characters in the new century, John-117, who now ranks with the likes of Mario, Sonic, Lara Croft, and Solid Snake. From 2001 to 2010, Bungie would release six games telling the story for the Human/Covenant War, closing down the original storyline with 2010's HALO:Reach, and it seemed to most of us that HALO was done. Then Bungie spun-off its HALO property to the newly formed 343 Industries, allowing them to continue the HALO universe. Their first game in the HALO universe was 2011's superior HALO: Combat Evolved: Anniversary Edition, and now HALO 4 has embarked us on another trilogy with our favorite SPARTAN-II.

It has been four years since the events of HALO 3, John and Cortana have been sleeping has their section of the Forward Unto Dawn drifts towards unknown structure. Meanwhile back on Terra, the UNSC has been upgrading their military with elements from Forerunner and Covenant. This was best seen in the 3.5 mile long Infinity crewed by 17,000 of the best of the UNSC, and the SPARTAN-IV units. The original mission of this vehicle was to an emergency evac-vessel if Terra was lost to the aliens, however now in 2557, it is similar to ROBOTECH's SDF-3, encountering threats out there before they get to Terra, being offensive, not defense. The Chief is awoken by Cortana when a new faction of the old Covenant, the Storm Covenant, are in orbit around a Forerunner shield world micro-Dyson Sphere known later has Requiem. Once the Chief drives off the Storm Covenant boarders, they are all pulled into Requiem to encounter their new enemy, the Prometheans...and thus another adventure begins.

The New Enemy: Meet the Prometheans 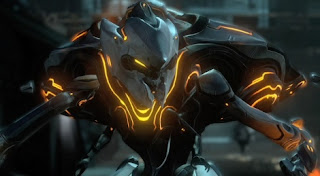 It seems that the Forerunner Empire or Ecumene, is more complex than we previous believed, because within their society, are the warrior-servant, as known as the Promethean Knights. After the ancient Human-Forerunner Wars, and the Flood, the Prometheans were against the construction of the HALO rings and interstellar sanitation. The main bad guy in HALO 4 is the Didact, a Promethean high-ranking military leader, who was a soldier during the Human-Forerunner War. He fell out of favor due to opposition to the HALO arrays to end the Flood invasion of the Ecumene.

One of his solutions during the war was to raid Installation 07 of its human population, transforming them into Promethean Knights has result of the use of the Composer, an device that melds biological and technological systems together. In this case, ancient defeated humans married to Forerunner technology, becoming warriors for the Ecumene. This horrified his wife, the Liberian, who saw this has as act of genocide, and sealed the Didact into the Cryptum on the shield-world of Requiem. Honestly, to get this fully, it looks like I'm reading the Greg Bear Forerunner books...great. 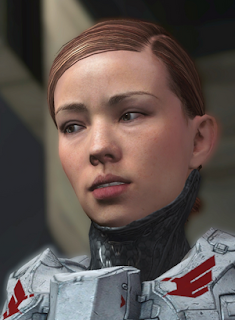 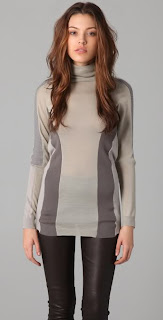 Without a doubt, HALO 4 is the most beautiful game I've ever seen on the 360, from the depth to the environments to the nearly photo-realistic faces of the characters, HALO 4 does not disappoint. During the cinematic scenes, it is hard not to be amazed the CGI human characters look and act real, all thanks to the amazing face-capture technology. For example, Cortana is the product of being modeled after Paisha Coffey (on the right), who is 100% stunning, and motion capture acting talent of actress Mackenzie Mason, and the voice of Jen Taylor. That is game that is trying to get it right by using all their tools. Real credit should be given to 343 for giving us long-term HALO players a new game that honored the canon world, and forged something original with the some of the oldest characters in the series. And they had good reason to put that much work into the fourth game. After all, if they had fucked it up, we would've burn down 343 Industries studios, because we HALO fans keep it real. 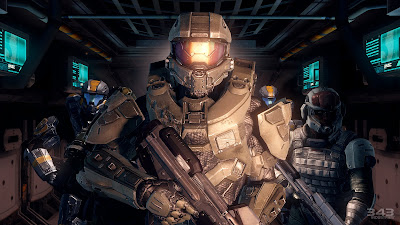 Also impressive is the way that the world of 2557 shows the changes to the world since HALO 3,with the UNSC machines shows the incorporation of the Forerunner/Covenant technology, and upgrades to some of the most familiar HALO technology. However, the best compliment that I can give HALO 4, is that it reminds players of the 'feel' of the original game without seeming cheap. and keeping the rock-solid controls, excellent music, deep campaign story, along with all manner of weapons and vehicle to unleash death on my enemies. I felt personally one of the best elements of HALO 4 was the Flood being absent. I hated the Flood after the first game, and was pleased to be fighting the well-designed and interesting Promethean Knights. 343 also give us some different than Firefight to play after the campagin was finished, SPARTAN-OPS. This is closer to the Modern Warfare Special Ops missions, where the SPARTAN-IVs under Sarah Palmer continue the fight for Requiem six months after the events of HALO 4. 343 will be release about fifty missions for the first season of SPARTAN-OPS all free for users of Xbox-Live. That is something special in this age of cash-grabbing DLC. All and all, this game made me very happy, and I am looking forward to the next two game. Well done, 343. 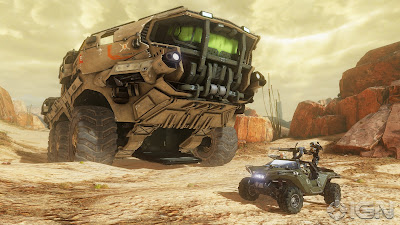 Even in the best shooter I've played this year, there are still some flaws, and chief among them is elements of the story. While 343 did a good job with given us a new beginning to the same universe we've been playing since 2001, it still has some stale recycled elements. The worse was that unlike HALO: CE where the game unmasks the elements to the player, allowing them to understand what the hell was going on,  HALO 4 fails to give the player little information on the Prometheans and the Didicat. This reduces the sense of urgency that you feel has a character in the game when events in the game reach a crisis point. 343 tied the Greg Bear penned Forerunner trilogy of books in the story-arch of the new HALO games, forcing players that wish to understand the entire story, to read the book. This is not literature class, I shouldn't have to read three books or read the wiki on these aliens to get it. I already paid $65 for the game...isn't that enough? 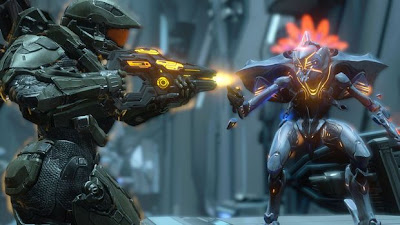 That brings me to another point about the Promeathean Knights, while their weapons are a bridge between Terran and Covenant, they seem lacking in being advanced to the degree of the rest of Forerunner technology. Sure, the reload animation is unique and displays their technological level, but that does not allow to their damage index. Much like the Promeatheans, the Storm Covenant not explained at all, even after the Chief RVs with the Infinity. Of course, there are books relating to that too....what is this? A conspiracy to sell more HALO books? That brings us to the SPARTAN-IVs, who unlike the SPARTANs from Reach, they seem much more disposable and weaker, they lacked that 'SPARTAN Badass' quality that we've come to know through the books and other games Also while playing the campaign, my mind kept flashing back to the original Mass Effect. It was not just because Jennifer Hale voiced SPARTAN-IV Commander Sarah Palmer and Sarah Shepard, but some of the Promethean weapons and environments seem similar to the Mass Effect  plus touch in the music all remind me of that Bioware game. Then all the neon-lighting caused me to have flashbacks to the TRON films. Who knew that the Forerunners liked that 1982 classic? 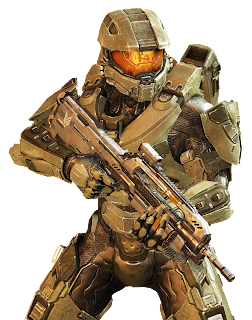 This is extreme nitpicking as hell, I realize that, but coming from a writer's POV, 343 lost an opportunity when the Master Chief meets the members of the SPARTAN-IV program. Prior to the Chief getting onboard the UNSC Infinity, the Terran gear and armor of those levels should have been confined to HALO 3's loadout. There is no logic for John-117 waking up from cryo with brand new armor, and access to the current armory of the UNSC when the Forward Unto Dawn has been MIA for four years. It could have been a cool scene with the Chief being upgraded to the new Material Group MJOLNIR GEN2 while the old armor was stripped away. Also, allowing the player to be briefed on the new weapons, armor, and the SPARTAN-IV program would have been a good way to bridge the gap between the original trilogy and the new one. Yeah...I know, I'm a picky bastard.


Should You PLay HALO 4? 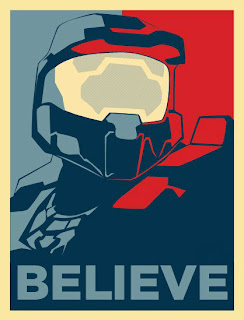 If you are fan of the HALO games, than you're already playing this one. But for those who do not like HALO than that is a tough sale. HALO 4 is not going to change the minds of those that hated the other games...it is more of the same. Those of us, including me, that were waiting to see if 343 would fuck up the HALO universe, then those fears can be put to rest, this game is solid HALO. I paid full price for the game, and due to the excellent campaign and SPARTAN OPS, I think it is money well spent. I still believe in the Chief and his power to separate me from my cash. Hopefully, HALO 5 and HALO 6 are just as good.