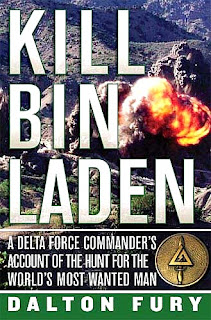 In a change of pace, I decided to put down the MSF book, and read a book on one of my favorite subjects, the War in Afghanistan. The word was that this book, Kill Bin Laden by Dalton Fury is the best account of the Battle of Tora Bora and the black ops mission to kill the most wanted man in the world.
So often, the exploits of Special Forces Operators are often romanticized and filled with rumors. None more, than during the battle of Tora Born in 2001, when it is rumored that none other that USA Target #1 Osama Bin Laden slipped out between the fingers of the most elite US SOF there is: DELTA.
In 2008, former DELTA commander, Dalton Fury (pen-name), wrote this account of the battle of Tora Bora and why Bin Laden is not filled 5.56mm, after hearing too many bad and biased politicized stories. His book, Kill Bin Laden is his account about the battle and his attempt to set record straight.
The Good

There is a line of bullshit that exists within the public;s mindset about what and who these elite operators are and how they get the job done. I've run across many people that do not the first thing about how SOF units work, that make judgments on them. They often ask me why can't they do this or that. I tell them that SOF soldiers are not ninja or Jedi Knights...but mass media as so screwed with the public's mind about the abilities of these soldiers that when they are handed a mission like killing the public enemy number one, people think that it is easy.
﻿﻿﻿
﻿﻿﻿Nothing was easy about this Operation...Mr. Fury describes, in detail, how the DELTA Operators were saddled with orders from command that limited their effectiveness, and ability to complete the mission. Mr, Fury explains that several mission plans that they proposed were turned down along the chain-of-command. This forced DELTA and their Afghan tribal allies to assault Tora Bora from the front-door...not the back. Much attention was paid to the extreme conditions of the terrain of the Tora Bora mountains, which was an enemy onto its own self.
The best thing about KILL BIN LADEN is Mr. Fury's writing. It is not politically preachy or blames the liberals or the liberal media like the book I'm reading now, Sole Survivor. Mr. Fury accepts blame, which he should not, for the mission's failure, and his own limitations, despite being a member of the most elite Specops unit in the world. ﻿
﻿
How close did they come to UBL? With 2,000 meters of the cave were the CIA field team thought he was. However, it was night without his tribal allies and limited on supplies, Mr. Fury, being the commander of the mission, decided to hit the position in the morning. He could not hit the position with the reported 1,000 fighters guarding and command had ordered DELTA to allow the Afghans to get credit. About the time, the Black ops team was about to make the kill on the position, their 'allies' say they had a cease-fire agreement, and they prevented DELTA from moving forward at the end of their AKs.
Later, when one of the DELTA field teams, witness fifty men with a tall man entering a cave complex. They rained down bombs from every bomber in the area. It was believed then, by the DELTA team that UBL had been killed in that cave...or as Khan says, 'Buried alive'. A few years later, video came out of UBL alive and well, then Mr Fury knew that UBL had survived.
﻿
The Bad 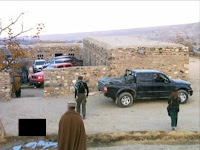 There is nothing bad about this book, bar none, It is one of the best nonfiction military books I have ever read.
However, it is heartbreaking to have a such an important operation weighted down by REMFs and command reeling back on the most elite units in the world, just to have the our tribal (well-paid) Afghanistan allies win the day. When, most likely, they would have NOT pulled the trigger on their AKs to kill UBL. The other bad element, is stories that float around about how we UBL in our sights and we did not pull the trigger. When you read the book, you understand, that we did bombed the hell out of that cave complex...it either was not him or that the cave was deep enough to have survived the pounded. We did pull the trigger...he just dodged, until we capped in him in the face several years later.
Should you buy this book?
﻿ 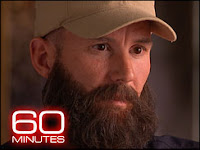 YES! If you want to know the real deal with the hunt for UBL back in 2001 and not the rantings of REMFs and talking heads, than this IS the book to read. Without a doubt, do yourself a favor, read this book, and know the real story from someone who was there.