Here are two breaking stories in the world of MSF, and as always, FWS is keeping you informed! 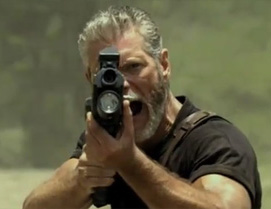 The rumored aborted FOX Terra Nova $4 Million-an-episode Time Traveling, dinosaur shooting, sci-fi show is back on track! FOX as been running ads for the new show to drop in fall of this year on Mondays, with a two-hour pilot. Also, coupled with the release date is several TV spots with much better SFX than we saw about six months ago. It also appears that filming on the series itself is moving forward, and FOX as ordered 13 episodes thus far. My take on Terra Nova is mixed, I am excited by a new Sci-Fi on regular non-pay-through-the-balls-TV, and that it seems to be well-done, but I do fear that FOX will pullout before the deed is done, like they do often, and leave Terra Nova dead after only a few epsiodes. As I have said before, FOX should have Terra Nova be like Mad Men or the Tutors, limited to less than a dozen episodes per year, and create a great, solid Sci-Fi series. 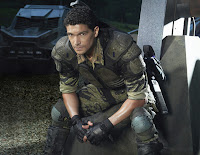 Then there is the other nagging questions in my mind. Why would an eco-collapsed Earth that can create Time Tunnels go back to 85 million years ago? Does no one in 2149 remember what happened to the Dinosaurs?!

If humanity is on the edge, why sent its pioneer colonial sites to a date when there is a space rock with Earth's name on it? And no mentioning that the ecosystem that these colonists occupy is as alien as another world to us, with the food source of the animals and plants are very different that our own.
BSG had the right idea when to settle ancient-Earth, after the meteors and Ice Ages.
Well, I'll be watching in the fall, and post a review on FWS.
Here is the cool new trailer:                                Here is the another of the new trailers:
The Remake to HALO:CE 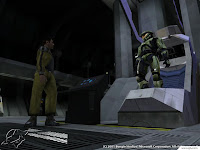 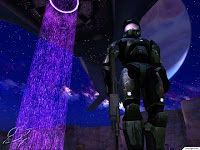 There are rumors swirling around the internet of 343 Industries remaking the first HALO game for a late 2011 release to mark ten years(!) since its first release. Damn, that makes me feel old! It as now been confirmed via E3 that there will be an verison 2.0 to the first HALO game: HALO: Combat Evolved Anniversary edition is going to land in November of 2011, and will be a complete upgrade to the 2001 game! From the trailer, it seems that it will on par with HALO:REACH, and yet still keep SPARTAN-117's old-armor look, and add in the melee kill animation form Reach. I guess I know what I'm spending money on in November, HALO:CE Anniversary and COD:MW3. I think I hear my wallet crying...and my 360 singing! 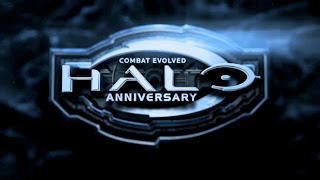 This could be bittersweet news to us devoted HALO fans. It is great that Bungie is allowing the old and still kick ass 2001 HALO: Combat Evolved into the 360 era, but it also means that may change elements of this iconic game. That is simple heresy. Somebody grab a rope! HALO:CE is damn near prefect and I would like them to upgrade the graphics to the level HALO: REACH, add some new guns from REACH, but for the Lords of Kobol's sake, don't frak with the story!
Also at E3, there was a teaser trailer for HALO:4...I'm not sure about this one. I wrote a story idea for HALO:4 on this very blog, and I wait to see how the new story adds into the old stories...HALO normally does things right...well, except for the HALO anime...
Posted by William at 16:53