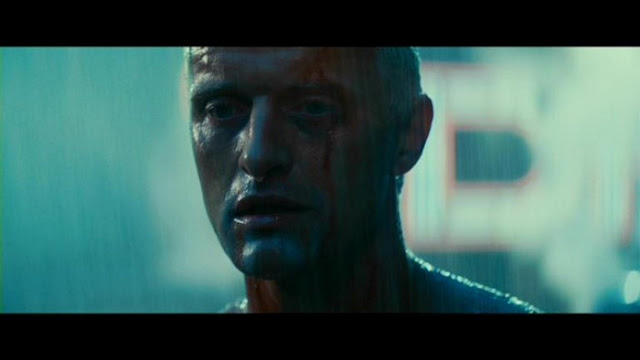 I just finished watching BLADE RUNNER for the 100th time today, and even after this years of repeated viewing,  I can still be in awe of this gem from 1982, and the power that it has. Without BLADE RUNNER, the world of sci-fi would be much worse off. I personally cite it has my favorite film (but, I've seen ALIENS more), and a game-charger for my own sci-fi imagination back when I first saw in 1990. For most of us, BLADE RUNNER is the Citizen Kane of science fiction cinema, and something unique that will never be touched or improved upon.
I end this blogpost with the best speech ever uttered in a science fiction:

I've seen things you people wouldn't believe...
Attack ships on fire off the shoulder of Orion.
I watched c-beam glitter in the dark near the Tannhauser Gate.
All of those moments will be lost in time...like...tears in rain.
Time to Die.