Did Anyone Else Notice This? 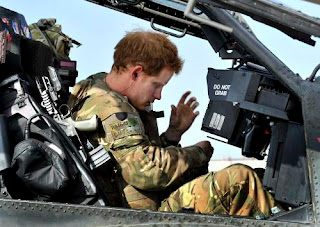 My wife is very in to the British Royal Family, and we were watching Prince Harry's BBC interview on his service in Afghanistan as an Apache gunner. When he climbed into the front cockpit of the attack helicopter, I noticed he positioned a very compact carbine next to him. 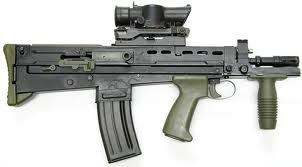 When I reviewed the footage, this weapon was a rarely seen L22A1 carbine of the standard British assault bullpup rifle, the L85A2! According to some sources, the L22A1 carbine is mainly issued to armored crews, much like the Soviet-era AKS-74U, and it seems now, to Apache crews.
Which it makes sense, if an Apache goes down, the crew would need defensive firepower until the rescue bird shows up. Much of the carbine is covered up, and I couldn't notice what kind of optical setup. Did anyone notice this or am I just odd?
Posted by William at 20:57