Today marks the fifth anniversary of Future War Stories, and it has been one hell of a ride! I first want to say a big !THANK YOU! for all of support, comments, sharing, and reading. FWS has been viewed nearly three million times, and now has over 100 readers. I could not do it without your support, and know that I am very grateful for everyone of you that comes here to my little corner of the internet. While FWS has established itself, it was not always that way. For the first nearly two years of FWS, it was more rough around the edges, and I not yet gotten the format down, but by late 2012, I seemed to have gotten FWS on track, and certainly by the summer of 2013, we were rocking and rolling. In this anniversary blogpost, I want to tell the inside story of FWS and its operations.

The Story of the Founding of FWS 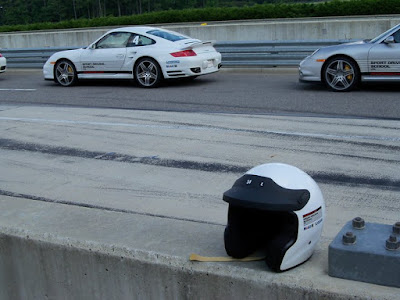 FWS was born during a long car trip back from Porsche Driving School in Leeds, Alabama in summer of 2010. Originally, FWS was to be a military sci-fi only publishing house with a on-line presence that would have included informational articles. When I contacted web design companies in the DFW metroplex, many of them told me to start a blog via a free service and build interest...then invest the money. Given my experience with Google, I chose Blogger, and in July 11, 2010, FWS was born. What about the name? Some believe that I got the name from an famous political cartoon of the same name, but FWS actually pre-dates that cartoon by two years. The original name of Future War Stories was Spent Brass...yeah. My wife was the one to suggest a different name, and brainstormed about ten, and I don't really remember anymore of those names, but Future War Stories was the clearly best and she chose it. Now that I had a blog, I needed a mission. The Concept of  FWS was born out of my frustration when I wrote my first military sci-fi novel in 2009. I wanted it to be a place of military science fiction creators to find information related to topics within the sphere in the military sci-fi. Very quickly, the idea of a publishing house was abandoned and the aim of FWS became to be the home of MSF on the old interwebs and to promote my own writing. I am happy to say that FWS has achieved that goal.

How Blogposts Are Created and Chosen 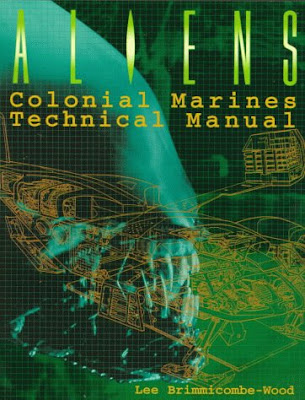 Despite not looking so, there is a plan behind which blogposts are chosen for publication. About seven to eight blogpost subjects are chosen per publication cycle with most subjects fall within the established serials that are currently underway. The subjects of these blogposts are chosen by what strikes my fancy at the time or something related to trends in military sci-fi or even the real-world. At times, a reader will contact me and suggest a blogpost or something I need to check out. As a rule, I generally do not publish too many reviews, since they are the lowest read blogposts. When it comes to what inspirited the majority of the core founding blogposts  and the topics that need exploration, that comes from two sources: the 1996 ALIENS Colonial Marines Technical Manual by Lee Brimmicombe-Wood and William S. Frisbee Jr. 's website: http://www.military-sf.com/ . Using both of these sources, I explore what topics need to covered, and make a list. Yes, an actually physical list exists of topics I want to talk about. It looks like Santa's Good and Naught list. When it comes to the actually creation of the blogposts, I generally chose the topic title, then layout some of the content that need to be researched, and then I get pictures...which is my favorite part of the establishment of the blogpst look and feel.

Where and When the Blogposts are Written 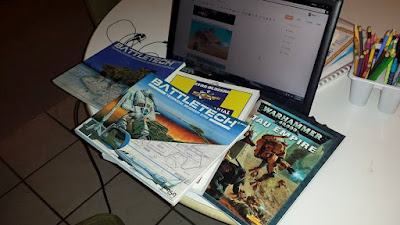 In my kitchen...no, seriously. In my house, we have no spare rooms, and my wife took over our spare walk-in closet in our master bedroom to scrapbook in, condemning me to the kitchen table that has been in my family since the 1970's (good table). The bulk of FWS blogposts are written on Friday and Saturday nights...very late at nights. My setup during this late nights is normally have my earphones in, listening to all manner of electronic music, with a pile of books and comics surrounding me, and a full cup of dark brew Community Coffee. The Coffee must Flow! 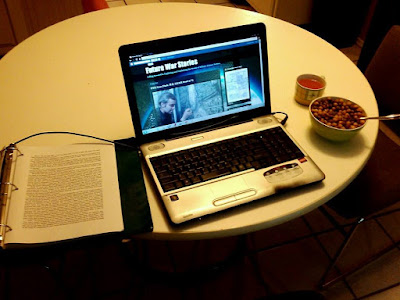 FWS is written on our old 2008 Toshiba Satellite laptop that still runs Windows 7. We bought a new Toshiba Satellite in 2014, that runs the shitty Windows 8, and my wife turn over the older one to me for my own writing. Given the demands of my high school history teaching job, being a father, husband, and a foster parent, I write whenever I can. My writing time is divided between the blog and my new book. So, when you are up on a Friday or Saturday, know that I am hard at work on another FWS blogpost! If my book is a success, the Toshiba will be replaced with a Mac Book...I am so done dealing with Windows and their bullshit after my painfully experience with Windows 8.

The Hardest Blogpost for Me To Write Are... 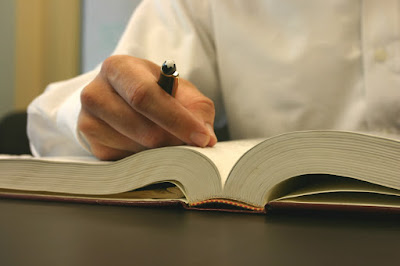 Without a doubt, book reviews. Since I am an author, I am nervous to review other people's work due to the fact that I know how much work goes into a novel. Fortunately, all of the books I've reviewed on FWS have been fairly good and I've not needed to be overly critical. Also, I hate the length of time it takes between me accepting a book for review and the blogpost being published. I feel bad for the publisher and the author. I do like having contact with authors and publishers, reading new stories and exploring new talent...but they are difficult write and are some of the most time intensive blogpost on FWS. While the most time intensive is the FWS Index serial. This is where I compose a master list of all of the military sci-fi works within a certain media. The only one that exists that the moment is the live-action military sci-fi index list, which is still updated from time-to-time. The amount of research is taxing and I am hoping to push out another on an index of military sci-fi animation soon.

What is the Future of FWS? 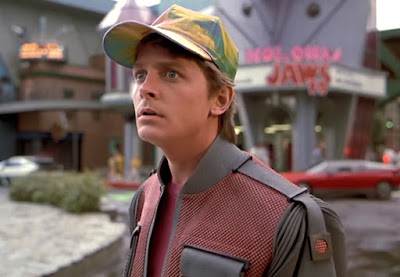 I have no real desire to stop working on FWS or alter it in any massive way. There is still a number of topics to discuss, and even after 400 blogposts, there is still more to explore and explain about military sci-fi. I have opened FWS up to guest contributors, and there is the possibility of a few business ventures looming in the near future, but for the most part, the FWS you know and love (or loath) will remain the same. If my book is a success, I have thought about moving FWS away from Blogger and on to its own website...but I am worried about transferring all of the data off of Blogger to an website. If and when I go on a book tour, I plan on hosting panel discussions on military sci-fi at cons. I will post where I will be if that does indeed happen. I am still planning on FWS t-shirts and a possible video series, but those projects remain far off.

THANK YOU FOR FIVE GREAT YEARS OF FUTURE WAR STORIES! 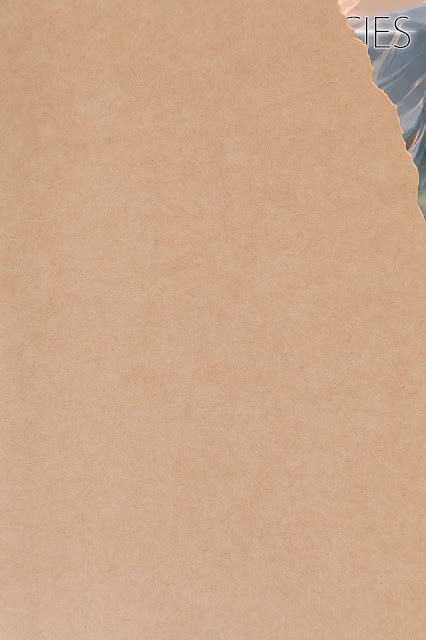