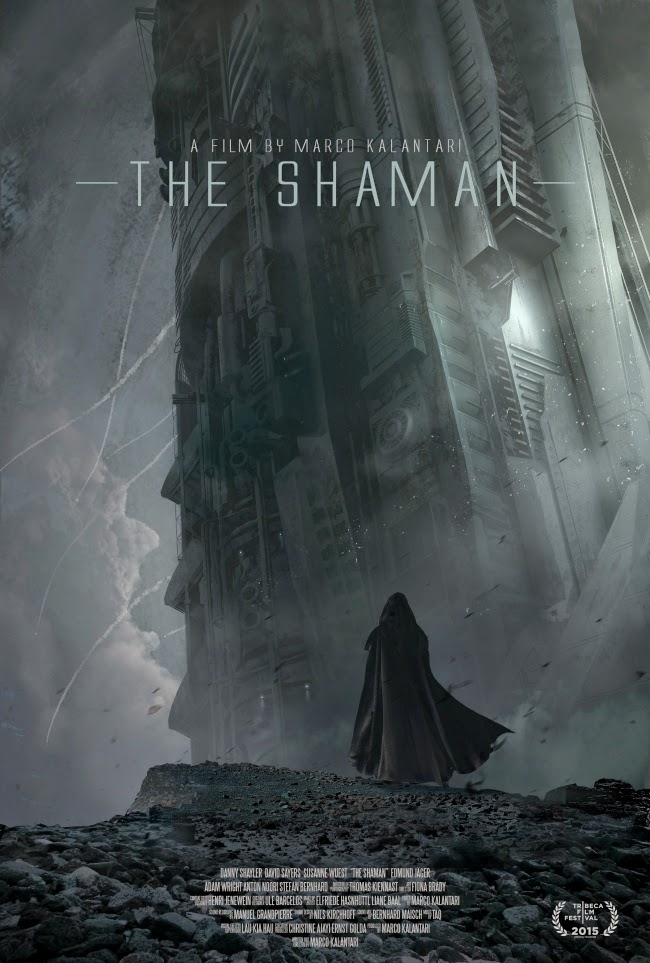 io9.com broke the news of an new military science fiction short film on the horizon: The Shaman. The trailer for this film is undeniably beautiful with enough mystery to have you coming back to figure out what the frak is going on. According to a limited press release, The Shaman takes place in 2204 and the war has been going on for 73 years. This war is waged by machines, including gianting battle platforms. To defend this machines of man's dark impulses, mankind has turned to the old ways of Shaman. These highly training spiritual warriors confront the machines in a soul-to-soul battle to stop the machine. This film deals with the most talented Shaman and his quest to stop the Colossus while suffering from the wounds of his past. Honestly, this trail is amazing visually and if this film does make any sense than it could be good or less confusing when we finally see it in 2015. During my watching of the trailer, I kept thinking that The Shaman reminded me of the 2011 film Priest. I am not sure why. I originally thought that this could be the long-awaited film adaptation of Scout by Eclipse Comics. This could be the case of beauty over story, as was the case with Sucker Punch.


Here is the Trailer: