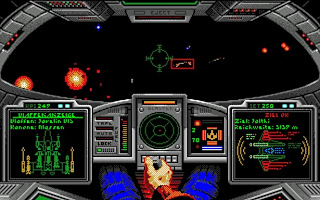 In the 1990's, console games were mostly side-scrolls, and people like me, who were of the Atari Generation, jumped ship to the power of a computer. My high school years (the mid-1990's) were filled with excellent flight simulation games like X-Wing, TIE Fighter, the Battle of Britain and Wing Commander.  For years, I was forced to upgrade by Packer-Bell (don't laugh) desktop to load the latest incarnation of the Wing Commander series. Then by the late 1990's, the meteoric rise of Wing Commander came to an end, and it seems that the series was dead, but not before making the single worst MSF movie. For nearly a decade, the Wing Commander was dead, there were rumors of a remake or new release, or even a fan-made project. I thought that Wing Commander was gone forever until this month. 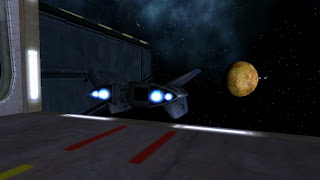 It seems for those ten years of limbo, fans of the series, pooled their resources and talent, and created Wing Commander Saga: the Darkest Dawn. This game, due out sometime this year, before the Mayan Calendar runs out, uses the Freespace 2 engine. The game is going for both PC and MAC, moddable, with cut-sides, voice-acting, 55 missions, and an AI wing man, and best of all, new ships. Personally, I'm hopping for someone to mod this for a Space: Above and Beyond flight simulator.
How much is the game you say? How about free? Yep. FREE! Gotta love the frakking internet.
FWS will be devoted several blogposts on the Wing Commander Universe and the it's 1999 Satan Spawn of a film in the near future. Until then, there is the trailer:
Posted by William at 15:15