Here is what's going on around the world of Military Science Fiction: 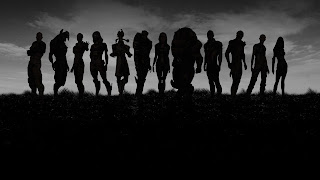 You're reading right, MASS EFFECT the movie is in early production and is being made by Legendary Pictures. Information on the game was released during Comic-Con, and it seems from reading between the lines that they are trying to make a movie based on the first game and it is not a video game-move that mimics the style of gameplay. Mass Effect is one of the best games of all time (especially the first one), and I see no reason why this cannot be an epic product.
No word if you're going to be mining planets or choosing Shepard's gender....I vote for female, personal. 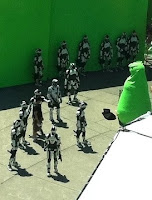 I was not aware that the semi-good-semi-bad forgettable 1990-based-on-a-PKD-story needed a remake? The original was one of those films that came and went...which seems an odd choice, but it's not my money The remade stars Colin Farrell at the helm as Doug Quaid, and it seems closer to the original PDK story We can remember it for you wholesale.

Concept Art for the next installment of the Riddick saga as been released, with the title "badlands" on the art. Is this the name of the next movie or a scene. No word on the plot or central concept of the new film, but one can hope that they have learned their lesson from the last Riddick movie! No word on release date.

Well, God (Ridley Scott) is back making sci-fi movies, and the first footage as been released. Prometheus as been rumored to be the prequel to ALIEN. Some hints were dropped about this movie being built on the "DNA" of ALIEN, in fact of God just that term over and over...which makes me think that DNA will play heavily in this film, and he also mentioned that a new idea of robots will be feature.
Oh, the video seen at Comic-Con had "Charlize Theron doing pushups naked"...Okay, I'm seeing this one.

Jesse Giffith, director and creator of this short film states this about his project: Cockpit the feature, is the story of a squadron of fighter pilots, stranded in their cockpits deep in enemy space, struggling with reality and delusion as they are hunted by an alien race that controls minds. The screenplay is a finalist in the Visionfest Film Festival. 96 pages of the feature take place in one location: the cockpit of a spaceship. This is a project rearing to go and can be made on a practical budget. I hope to literally "take-off" with it soon. Oh and people can check out the website for weekly updates and concept art and graphic novelizations from the feature. 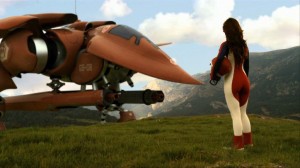 The rather cool two-part comic series about mecha pilots in the early teens from Dark Horse as been made in a short film that as been making the festival rounds. No word on when this product will come to DVD or the internet. This comic series would make a cool TV series, like crossing Robotech with Space: Above and Beyond and Gossip Girl.

At present, Mr. Scott is working on Prometheus and then it is believed that he will begin on this landmark MSF film...what does that mean? 2013 or 2014...I hope those people are wrong about the Mayan Calender!
-OLD MAN'S WAR-

There is no updates for this film at present...
SPACE BATTLESHIP YAMATO (DVD RELEASE)-

The release date for this movie that I have been waiting on since I was six seems to be August 2nd, but that was off an British website. We can hope...I want to see, especially since it seems to be a mix of the original Anime series and the 2003 Battlestar Galactica

Karl Urban is becoming the LAW in the thank-the-lords-of-Kobol remake of the 1995 film and the very cool 2000AD comic, set to be released in late summer of 2012. If this movie is made darkly and keeping Dredd as a monster for the law than this should be a great flick.

From the pages of a dark inter-sol system war comics comes a movie Shrapnel starring Hilary Swank and directed by John McTiernan...best of all, it as frakking APS fighting on the surface of Venus. This could be epic! 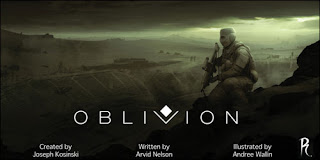 Here is the basic outline to the Radical Comic that Tom Cruise and $100 million dollars are committed to: In a future where the Earth’s surface has been irradiated beyond recognition, the remnants of humanity live above the clouds, safe from the brutal alien Scavengers that stalk the ruins. But when surface drone repairman Jak discovers a mysterious woman in a crash-landed pod, it sets off an unstoppable chain of events that will force him to question everything he knows.

Quite honestly, I didn't think that HALO 4 would be a reality. It seemed that the story for HALO had run its course.
That was until E3.
343 Industries as official taken over the HALO series, and they have launched another trilogy of games, starting with HALO 4 in 2012. We have only seen a trailer lasted a few minutes, telling us that John-117 as new weapons, new armor, and something big coming his way. My hopes are high for this game, but my worry is that they're going to fuck up this thing up.

This feels right to have an upgraded verison of one of the greatest games of all time, and I celebrate Bungie's choice on being able to flip between the original verison and the new improved HALO:CE, however, I would like the same guns from HALO: REACH and the close-combat abilities. Between this, and Modern Warfare 3 all being released all in November, I'm going to spend some serious cash...good thing HALO: CE-Anniversary is being retailed for $39.
-SOL: EXODUS-

Back in the 1990's, I had a very powerful Packer-Bell computer, and I played nothing but flight sims, including the excellent Wing Commander and X-Wing...however those heydays of the space flight sims have gone away. Austin-based Seamless Entertainment is releasing an 3-D space fighter shooter called Sol Exodus. The basic plot as the sun is close to going supernova, the Earth unites and sends out expeditions to find a new home...when the expeditions come home to the Sol system years later, Earth is under the boot of religious nutjobs that believe the coming solar explosion is the way to salvation...the expeditions sent out to save humanity, first have to liberate them from oppression. Remind anyone of the basic plot of Robotech II: the Sentinels?
-GEARS OF WAR 3-

September 20th, the third Gears of War will drop and (hopefully) end the war with the Locusts. I played the two previous games, enjoyed them, but I am tried of the last-minute saves that prevent Locust Horde from finally losing...
-MASS EFFECT 3- 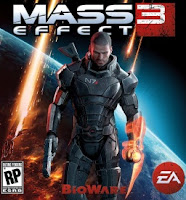 One of the best, and most original space-based video games is ending with this third installment dropping on March 6th, 2012. Mass Effect 3 will not be the leap that Mass Effect 2 was from one. It seems that the thermal clips will be returning...ugh...
I really need to go back and save the entire crew from the Normandy SR-2...
BOOKS 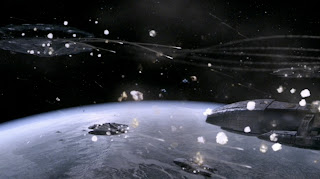 Faith is by first time British author John Love, being published by Nightshade books, and from the information released about this upcoming book, it's the Hunt for Red October in space! Well, the author states that it is more linked to the movie Dualist and Moby Dick. The plot centers around two massive warships, one human, one alien, locked in a desperate missions. The alien warship is from 300 years ago, and on a mission to end the human commonwealth, like they did to a previous galactic empire. The commonwealth sends its own dreadnought to deal with threat...however working against the human crew is themselves.
No release date as of yet...
LINK: http://io9.com/5822400/how-a-debut-novelist-sold-a-book-about-the-battle-between-two-invincible-spaceships 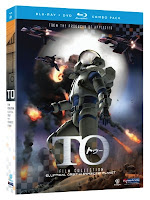 
COMICS
I know of nothing coming down the pipe concerning a military science-fiction comics. Anyone as one, let me know!

io9.com as reported from Comic-Con that they had seen the first hour of the program, and overall they seemed to positive things to say, which makes me hopeful that this series may not be the next Firefly...however it's first season will be only 13 episodes. The series begins on Monday September 26th. Naturally, FWS will have a review...
LINK (spoiler warning!): http://io9.com/5824128/we-saw-the-first-hour-of-steven-spielbergs-terra-nova?tag=sdcc2011

Nothing as come out about this new spinoff BSG series...is no news good news? Right? Frakking Cylons!