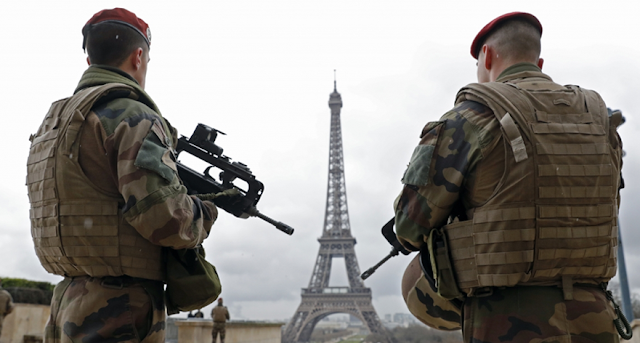 It came out this week that the French military newly established Defense Innovation Agency (DIA), the French version of the US DARPA, is seeking the input of science fiction writers for evaluation of next-generation threats France and the world. This "Red Team" of thinkers and creators (or visionaries) will be using their talents to dreaming up fantasy tactical scenario and strategies to deal with all manner of "propose scenarios of disruption". No information is available to ascertain the likely scenarios that their imaginations will be wrapping around. It is unlikely that the reports that these visionaries generate or who is among the chosen few are due to the secret measures taken. Chief FWS Contributor alerted me to this story and the fact that in the awesome 1985 sci-fi novel Footfall by dynamic duo Niven and Pournelle, the US military hires three sci-fi writers as consultants during the Fithp invasion to provide thinking outside of the military perspective. Does not mean that spacefaring elephants are getting ready to invade Kansas? And no, neither Yoel or I were asked to be part of the Red Team. Recently, the flying Board Frenchman and the anti-drone rifles made appears at the Bastille Day celebration, only adding to this story.
Posted by William at 00:07