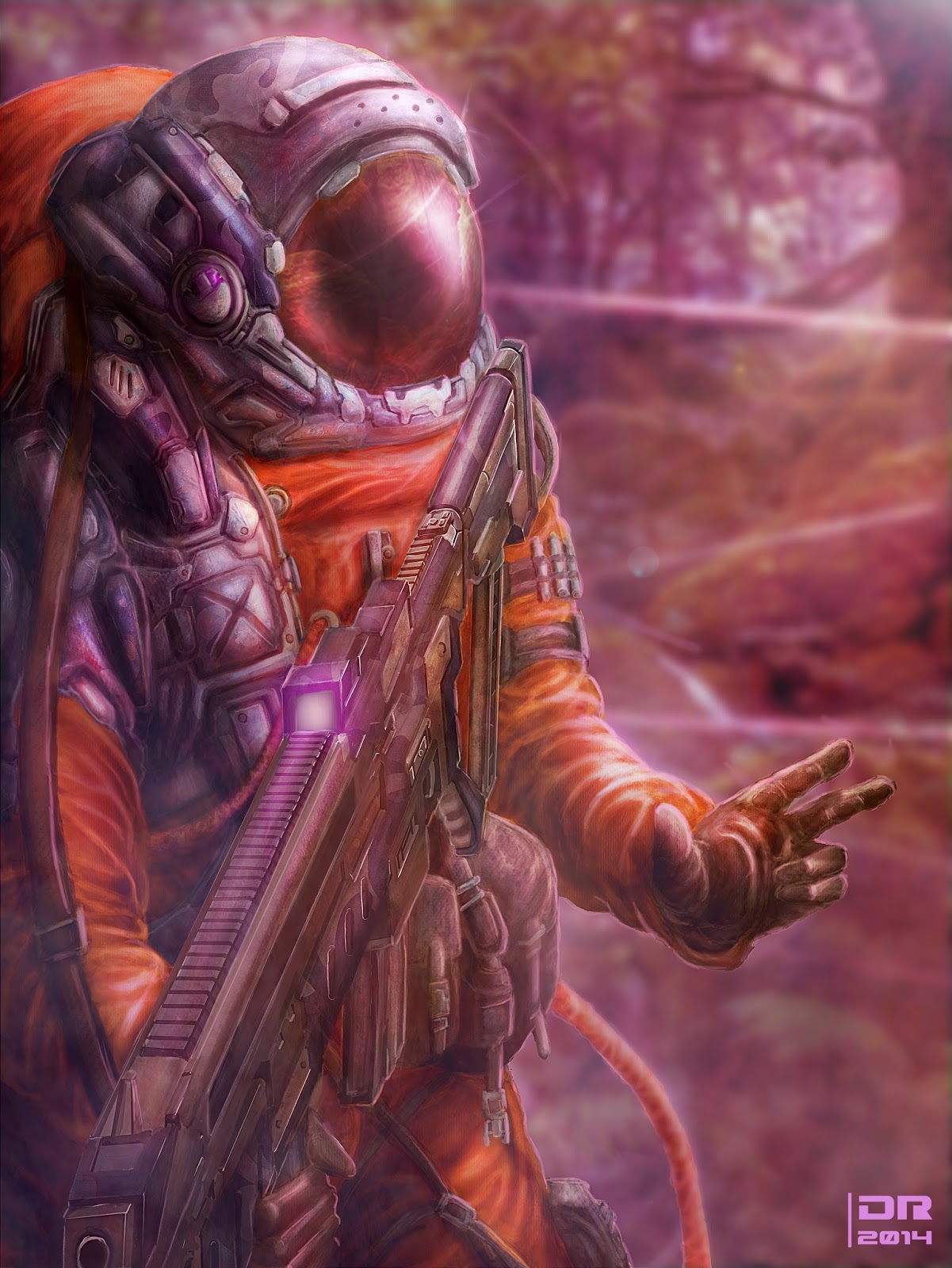 Some time ago, I posted about FWS possibly moving towards a t-shirt design for all of you who desire to perform some free advertising for FWS. One of the things holding the project back was the art (naturally), while I can draw, it is nothing that anyone would pay for, and I needed an artist. Lucky, I have a friend with amazing art talent, Mr. Derek Restivo. He recently founded his own art design house, called Gateway Studios, and he turned out this amazing piece of sci-fi art for FWS. My idea for a symbol/image/mascot for FWS was always an astronaut with a gun, at its most basic level. Derek took that idea, and formed it into reality with "Deployed". I love the little details on the "Deployed" space-soldier, and the color scheme. Orange is an historically correct color for spacesuits, and channels some Space:1999 vibe! Derek is looking in to translating the piece for a t-shirt design that could be appearing on CafePree, Zazzle, or even teespring later on. If you love what Derek is creating and want your own DR original, than visit him at:
http://gatewaystudios.deviantart.com/ 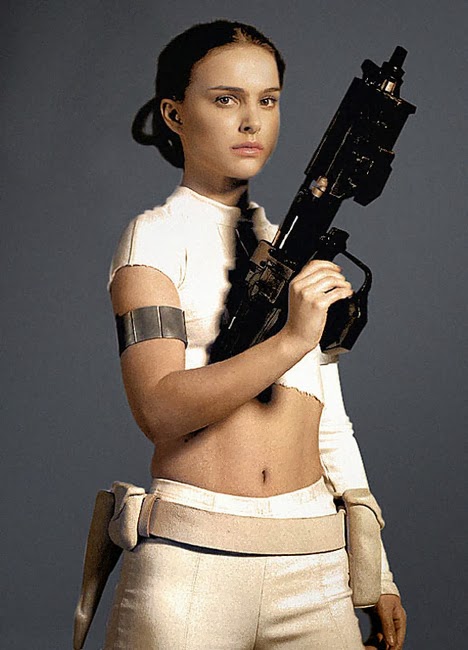 It was promised over a year ago, but now it is going to be a reality: the long awaited FWS Armory blogpost on Lasers! But, we are all going to have to wait for it a bit longer. Up until a month ago, my job had no issue with me blogging at work, and that is one of the main reasons I stayed...until now. It seems that all-of-a-fucking-sudden, everyone has a got a problem with the blog, and my boss came down hard on me. I has gotten to the point that I cannot trust anyone to not rat me out while attempting to work on my beloved blog while working. Most jobs, I simply couldn't blog while getting my work done, however, my hospital job was different. This has soured me along with the lack of trust to the point of me leaving. That means that the majority of the blog is crafted at home, with research being down at work, since my job as little to no internet policy. Something like the research-intense future weapon armory posts took me weeks while at work for my 12 hour shirts, now I'm blogging at home...which has created a slower turnaround time in production. I need to be rich, and write at will in my book-lined study. It will be up soon, my hope is next week. Stay tuned! I'm going to go buy lottery tickets now.
Posted by William at 10:31