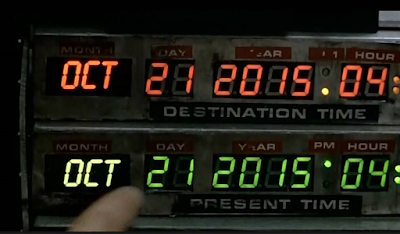 When civilization crossed over the line from the 20th century to the 21st century, the time periods mentioned in countless sci-fi works started to fast approach the real world. And as you are no doubt aware, one of those important dates of sci-fi as caught up with us and now mass media is bombarding you with all kinds of comparisons between the 2015 of BTTF2 and the actually reality of 2015. FWS will be adding its own take on this important cultural milestone and why it depresses the hell out of me.

FWS friend and contributor Yoel and I were discussing this in an email exchange, and we both discussed how we wanted to live in a bright shiny future presented in works like BTTF2.  For the record, I have always been interested in living in the future that we seen on the countless covers of 1980's sci-fi books and sci-fi films.When the recent Tomorrowland came out, it reminded me so much of the future that I wanted to live in, but due to the realities of the real world, I cannot. 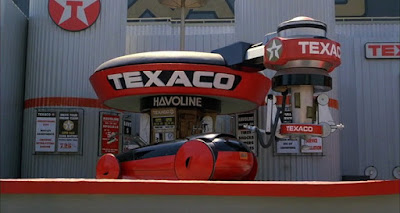 When BTTF 2 came out in November 22nd of 1989, I was 13 years old, and I was excited about a vision of the possible future I would be living in in the far off date of 2015. Often science fiction films that project a bright shiny future are writing imaginary checks that the audience wants to desperately cash one day. Well, Back to the Future II wrote a check for all of us, and now that it is 2015, it has become the "Future That Was". While the film, at large, was playing up some elements for comedic purposes and the flying cars were commanded by the previous film and the studio, Back to the Future II did offer a future that some of us wanted to live in...especially with the cool Nikes Air-Mags! 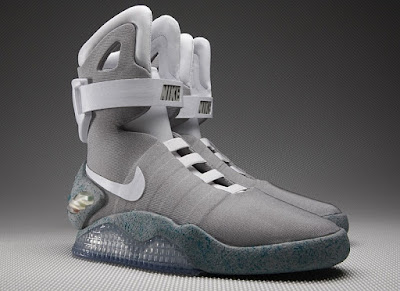 This is sad element of sci-fi bright futures, they are often devote of the bad or grimley bits, or they have solve the social ills via technology and common social effort (the Federation from Star Trek); inorganically separating them from the harsh realities of the real world. While BTTF2 does not project a completely Utopian future, it was better than today's 2015 in some ways. They had solved weather issues, society was responsible enough to have fleets of flying cars, clean energy was available via the Mr. Fusion devices, and Amazon and Wal-Mart have not completely destroyed local downtown businesses, and there was Nikes and future-cool soda bottles. 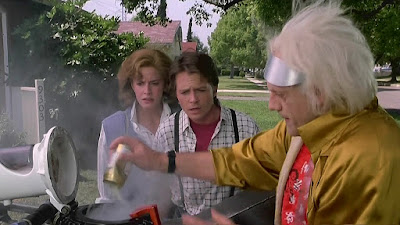 However, as the date has rolled around, and we also moved closer to the date of the events of BLADE RUNNER as well, I am reminded of how much society has changed since 1989 and how much it has reminded the same. What would a time traveling me from 1989 think of 2015? While the 13 year old self would be disappointed in the lack of Nike Air-Mags, self-drying jackets, and the lack of portable Fusion technology, I would be impressed with mobile smartphones, 3D printers, tablets, video games, the internet, and the progress with 100% electric cars. I would heartbroken over the lack of progress on space travel and futuristic-looking cities. I would also be disappointed in the lack of progress on basic social issues, and destruction of the bookstore. In the end, the childhood dreams of a bright future with flying cars, cool soda bottles, self-lacing shoes, and more JAWS films are just that: dreams. That is the place for sci-fi, to give us a place to dream and imagine a world made better by the passage of time and the progression of technology.