FWS Newsfeed: The New Star Wars VII Trailer Or How Learned to Stop Worrying and Love the New Film...Maybe 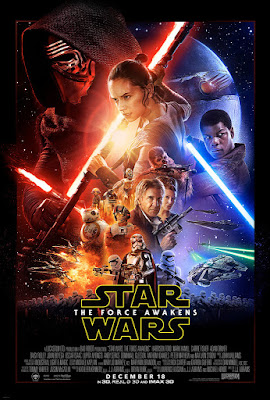 Well, another SW VII: TFA trailer has dropped, and the internet is burning with the lovers and the haters all casting their vote. But I am still unsure. I am impressed with the film in general, and the direction, design, and lighting all look amazing, but I am still unsure. For many of us original Star Wars fans that saw the original holy trilogy in the theaters, the prospect of more new SW films has us worried and apprehensive where we should nothing but excitement. Much like an abused animal, we are weary of flashy promises. After all, it has happened before, but will it happen again? Will number seven be the film that washes the bad taste of the prequels away? When the Bearded One told the unwashed masses that there will be new Star Wars films (and toys) in the late 1990's, I was a little kid again...then I saw the fucking Phantom Menace...then I saw The Attack of the Clones...then I saw The Revenge of the Sith...and then I wept. The promise of the prequels and the Clone Wars was broken, along with my heart into a thousand pieces. All we were left with after years of waiting and wondering was these half-baked films with too much computer generated effects and too little story and heart. Now, with the new film, it seems that people are jumping on the flash, the new badass lightsaber, and the return of iconic holy trilogy characters, some of us remember the horror of the prequels, and are waiting to see if the story, along with the heart, is there. I do want to like this film, and I will see it in December...just not the first day. I just hope that the New Order's new weapon isn't a solar system killer...that would really bum me out. So, what do you think? Is number seven lucky or the sign of the beast? Comment below and let me know!
-Stay Frosty!
Posted by William at 01:29