The first time I witness the power of the film Blackhawk Down, my wife and I had the same question...why were the Army's most elite badass soldiers, the DELTA Operators, using skateboard helmets? I would not find my answer until I read Mark Bowden superior Blackhawk Down novel, but then the little plastic helmet had gotten under my skin, and I was using for years after playing paintball. 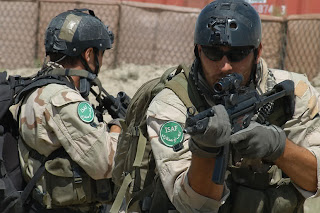 I know from my research in the mid-2000's, that military forums were overloaded with the OMFG! D3LT4!!! people and thread starters wanting to discuss and detail the lightweight plastic helmets of Special Forces. Of course, these reenactors, like me, annoyed the piss out of the regulars on the forums, and started flaming wars for years after. Even now, you cannot mention the words 'Pro-Tec helmet' without eyerolls and flame wars. But here at FWS, I am different, and after watching Blackhawk Down this week, I thought I would put all of that research to good use and discuss, in depth, the little plastic helmet that could: The Pro-Tec.

Why does the military plastic skateboard helmets?﻿ 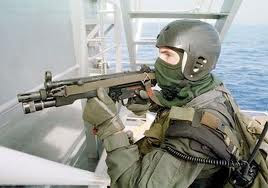 If you have ever worn the original PASGT K-Pot helmet, than you know the weight of it, and I would not relish the opportunity to wield in the water or even mounting all manner of ligths and NVGs on it. The saving of weight was more critical than the need for ballistic protection in some combat situations, especially CQC, making the Pro-Tec a clear choice back then.

2. Modularity
The hard Kelvar shell of the standard PASGT helmet was extremely difficult to modified for Special Operators to use the standard helmet with radios that were preferred by DELTA, ST6, and Parajumpers. When the MICH helmet came onto the scene in the early 2000's, they used the modular aspect of the Pro-Tec into ballistic helmet. Parajumper Tech. Sgt. Tim Wilkinson raised another positive of the Pro-Tec over the traditional K-pot in the Blackhawk Down book, the ablitiy to mount a flashlight with Velcro during trauma care. (Source: pg 13 of Blackhawk Down by Mark Bowden )

3. Bump Protection
The primary reason listed for Special Operation soldiers to use the Pro-Tec and other lightweight sport helmets is for bump protection during close quarters combat situations (like the Battle of Mogadishu) when the risk of head injury is greater than the OPFOR's ability to make headshots. One point raised by a friend of mine at the Trauma ICU was that ballistic helmets normally cannot protection against a direct from an assault rifle round anyway.
(Source: pg 172 of Blackhawk Down by Mark Bowden )

4. Vision
Some source online point to the fact that the PASGT helmet had a brim which cutdown vision and attachment usage caused Special Forces to unitize the Pro-Tec. Having worn both, I can attest to the improved visible in the Pro-Tec over the classic K-pot.

5. Designated Roles
Helmets like the Pro-Tec were designed for a specific reason, and specific sports. In certain situations, Kelvar protection is not warranted, and the soldiers can use the Pro-Tec for its designated purpose, like rock climbing training, water rescue and water vehicular training, motorcycle/ dune buggy use and training. This was the reason why DEVGRU RECON team MAKO-31 used Pro-Tecs during Operation: Anaconda in 2002 (Source: Sean Naylor's book Not a Good Day to Die )

The History of the Pro-Tec usage by the Military 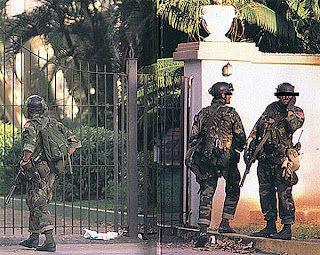 Before the use of Pro-Tec by specialized military units, it was common for Special Forces troopers to be associated with Boonie hats, Do-Rags, and bandannas due to their low-profile missions and the issues with the old steel-pot helmets. This was the classic image of the Special Force Snake-Eaters that I grew up with, but, that all changed after the 1993 Battle of Mogadishu.
There is no clear date when Pro-Tec first became used by military units. According to the very limited information that I could dig up, aquatic-based military units, like the SEALs, the British SBS, and the Air Force Parajumpers began using these plastic helmets during the early 1980's for collusion  protection, weight saving, and salt water corrosion during seaborne operations. It is likely that first Pro-Tec plastic helmet used was the original 1970's Pro-Tec full-cut that can be seen even today in SEAL training.
Later, the same high speed/low drag concept was applied to the close quarters combat/hostage rescue, and  to the left is the first known picture of DELTA operators in the field with the Pro-Tec helmets, taken in 1989 during the Operation Just Cause. It was also during the 1989 American invasion of Panama, that DELTA Force rescued American and CIA operative Kurt Muse from a Panamanian prison, reportedly, these Tier-1 soldiers wore black Pro-Tecs during the lightning raid called Operation Acid Gambit. 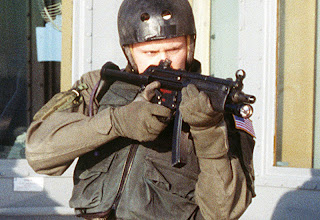 The next piece of pictorial evidence for the military use of Pro-Tecs came during Desert Storm, SEAL Team Eight was photographic in full Pro-Tec glory has they trained for ship boarding/VBSS in 1991 onboard the naval refueling vessel USNS Joshua Humphreys for their mission to enforce the UN sanctions. These were clearly of classic Pro-Tec full cut variety. However, it was Operation Gothic Serpent when the Pro-Tec helmet relationship with Special Operations become concrete in a little piece of hell called Mogadishu. 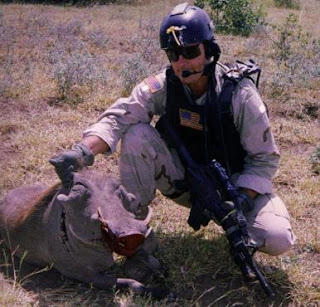 Most of us are familiar with the events of October 3rd and 4th 1993, and that the Air force Parajumers, DELTA assaulters and possibly SEAL Team Six Operators all wore the iconic plastic helmet. Mark Bowden explained the role of the Pro-Tec in three different parts of the 1999 book, but he called the plastic helmets 'hockley helmets' or 'Pro-Tech' or even "little helmet', and he stated the death of DELTA Operator SFC Earl Fillmore was cause by an AK-47 round to the head and seemed to lay blame on the helmet. 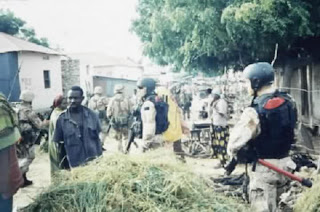 And yes, to all of those that doubters of the film, DELTA Force Operators really did wear Pro-Tec skateboard helmets during the October 3rd and 4th, 1993 battle on the streets of Mogadishu. These events and the death of SFC Fillmore was rumored to be genesis of the SPEAR MICH helmet project, which took elements of the Pro-Tec and the original K-pot into a lightweight ballistic helmet. After 1993, the Pro-Tec helmet continued to be used by Special Forces in the role familiar, water operations and CQC, unfortunately, there few if any pictures of this period displaying usage by Special Forces.
After September 11th, Special Forces of all types were mobilized for a new war, and their plastic bump helmets went with them. Rumors have the Pro-Tecs of the classic variety and the newer Ace Wake helmet were used in cave clearing operations by American and British Special Forces, and during the Mir Wais Hospital  clearing by Army Special Forces. 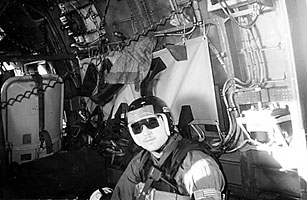 By the time of the War in Iraq, Special Forces units were fielding the new MICH Kevlar helmet. These were designed with the needs of Special Forces in mind, and incorporated some elements of the Pro-Tec into the design, like the adjustable pad system, modularity, and unlike the Pro-Tec, the MICH offered ballistic protection. Did the MICH helmet spell the end of the Pro-Tec and other lightweight plastic helmets? 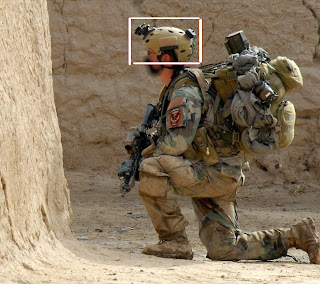 No, however the MICH did take away from most of its classic CQC duties, however,  if you go to BUD/s today than you will still be issues a full-cut classic Pro-Tec helmet for use during the boat drills. This is the same for Search-and-Rescue Coast Guard teams and seaborne missions of the Air Force Parajumpers. Despite the balletic protection that the new line of helmets like the MICH offer to operators, there have been photographs of soldiers in A-Stan using the Pro-Tec Ace Wake helmet and the new OPS-CORE FAST (Future Assault Shell Technology ) non-ballistic helmet. But why? It has been a tread in military units to use, as Military Morons.com called it, helmets as 'load-bearing equipment' mounting all manner of lights, NVGs, IR beacons onto the helmet instead of inside a pouch, lightening the load on the body but increasing it for the head, causing operators to turn to the Ace and the FAST to save weight and exhaustion. OPS-CORE has even designed a FAST helmet with ballistic protection that is 20% lighter than the standard ACH system. 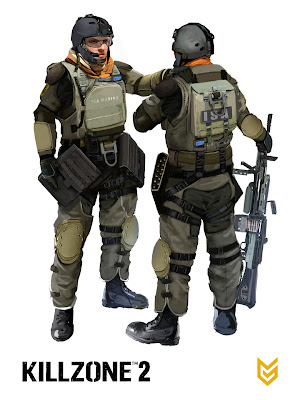 With the extreme popularity of the film Blackhawk Down, paintballers, airsofters, and 1/6th kitbashers all went bloody mad over the little skateboard helmets. This even included me when I used my DELTA BHD layout (just look at my blogger profile pic) for years on the paintball fields of the Midwest.  I was obsessed with finding the prefect helmet for paintball, and bought several, including a real Pro-Tec that lasted six months. The odd reason for that was the mineral oil in the paintball ate away at the glue, and went I was shot in the helmet during a speedball game, the helmet separated. It must have looked real frakking fun. 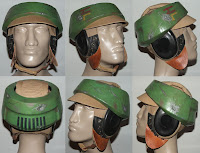 This made me more hyper aware of the use of Pro-Tecs in military sci-fi works, and it seems that for the most part, Pro-Tec-like helmets were used only in a few MSF works. Namely, we're talking about the ISA Marines in the second KILLZONE game, and I believe the main reason behind the choice of using the Pro-Tec look for the 23rd century marines was because the Pro-Tec is tacticool.
Other MSF works use the lightweight and cheaper Pro-Tec helmets to be the base of their fabricated futuristic combat helmet, much like the Rossdale Alliance soldiers in the 2010 MSF webseries Trenches. Another helmet that precessed the tacticool trench of lightweight non-ballistic military helmets, and I could totally wrong here, is the Rebel Commandos from Star Wars: Return of the Jedi. Military science fiction as a whole talks little of the personal gear (or kit) of the soldiers, often this important aspect of the soldier's lives is ignored, and that is true of the helmet. If we are too look at the current trend, it is assumed that near-future soldiers will don lighter, stronger helmets with smaller gear than now...until they implant them into their skulls that is. 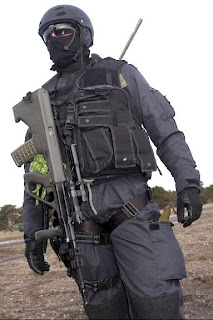 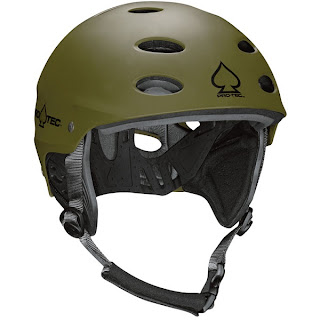 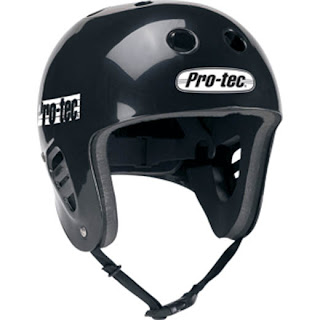 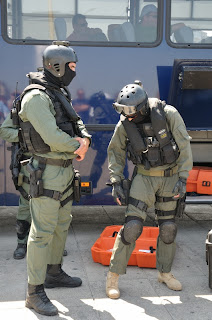 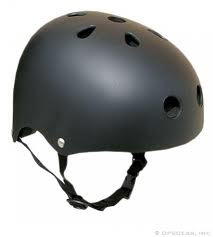 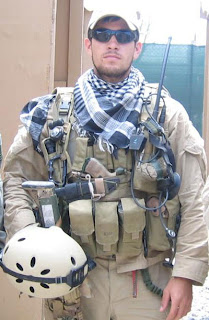 Pro-tec for the 21st Century: the OPS-CORE FAST Helmet﻿ 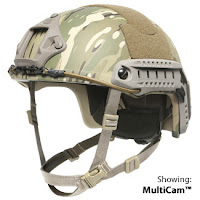 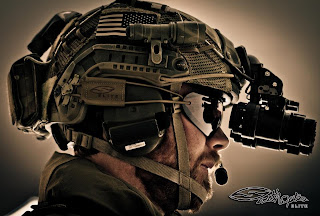 The OPS-CORE company developed a 21st century Pro-Tec with the Future Assault Shell Technology or FAST.  These FAST Helmet are available in both the non-ballistic carbon fiber bump shell and lightweight Kevlar ballistic variant that, according to the company's website, offers the same level of protection as the MICH 2002 helmet. Along with lightweight, the FAST offers adjustable interior pads, mounting rails, NVG mounting, breathing holes, and modular design to allow various radio/comm gear.
If it looks familiar, the FAST was seen on the lid of DELTA operator Sandman in COD:MW3 and several of the GHOST RECON squad in Ghost Recon: Future Soldier. Maybe it is me, but the FAST helmet reminds me of the M10 Colonial Marine helmet from ALIENS.
Price tag? About $600.
http://www.militarymorons.com/equipment/headwear2.html
Posted by William at 22:39