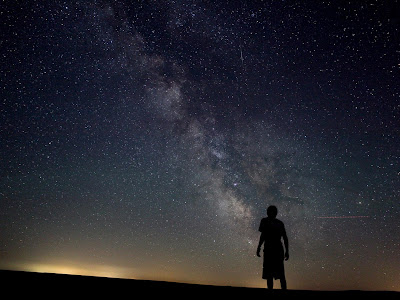 Well, it has been another year of FWS being in existence and it has been one hell of a year for me and the site. In good news, FWS broke five million views just as I am writing this and despite the trying times recently, FWS continues to push out content. I want to first thank everyone that has been supporting FWS via messages, emails, shares, comments, and suggestions. I cannot do this without you. Also, a big thank you to Yoel for his excellent research support, comments, suggestions, and writing of the MetalStorm article! In other news, FWS will be premiering two new serials as two older serials close down: Starfighers and Guns from the Future. Starfighters will be similar to Ships of the Line, where we explore and explain endo/exo fighter-like craft along providing a number of examples. Another serial that just came to me last month was exploring current, but futuristic weapons that seem to pop up in sci-fi like the FN P90, the Steyr AUG, the H&K G11, and the H&K XM29 OICW. Yoel and I are already hard at work on the first installment of this serial with the iconic FN P90! I am very pleased about the massive success of the latest serial: Future War Stories from the East! The article on the 1988 Starship Troopers OVA was one of the highest viewed and shared articles of all time on FWS!

In an interesting piece of trivia, the article with the most wacked out comments from trolls has been moved from the Female Soldiers blogpost to the recent Space Nazis…seriously, the comments I had to delete were insane. Now…the bad news. Many of you know that the last year has been utter hell. With the recent job loss, moving, selling of my house, confusion, angry, sadness, many daily panic attacks, worried about nuclear war, and tears; it has been one of the worst years of my life. Only the adoption my little girl and returning to the hospital has been the only saving graces of this year. Things are looking up: I am going back to teaching social studies for 6th and 7th grades; we are buying a new house, and some sense of stabilization is coming over us. However, this means that after this blogpost, FWS will be “on pause” until things settle down with moving and starting my new job. It could be September until FWS is updated with the article about the Soviet Space Shuttle Buran…but it could be shorter or longer. I will keep you informed. Thank you for helping FWS achieve another year in existence as we rocket towards the ten year mark.
Posted by William at 01:17