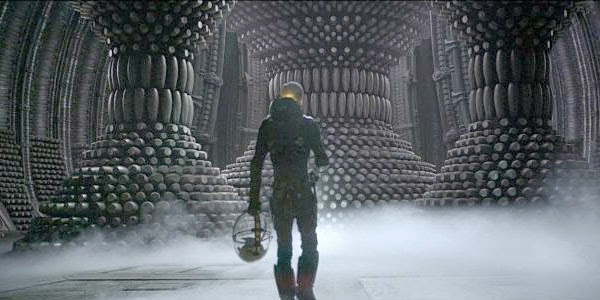 It was confirmed while actor Michael Fassbender was being interviewed for the latest X-Men tragedy, that the sequel for Prometheus is going to be a reality. While Ridley "God" Scott confirmed that the sequel script was finished in March of this year, he as said that about The Forever War film a few years ago. During the interview, Fassbender confirmed he will be the android "David" again, and some sources have the rumor that there will be more than one David skinjob. Swedish actress Noomi Rapace has confirmed her involvement as well. The real surprise is that Ridley Scott will be directing the sequel with the rumored title of "Paradise", his first sequel despite being in the film industry for 30+ years! What answers will we get in Paradise? One will be the fate of David, Dr. Shaw, the outcome of their journey to the Engineers homeworld, and why they hate us. Some fans say that Paradise will deep the mythology of the ALIENS universe, and solve the issue of why the Engineer bio-warfare ship was on LV-426. I personally believe that there will have to be more humans in the sequel than just Shaw and David the broken robot.  Prometheus 2 will be released in March of 2016.
Posted by William at 13:11