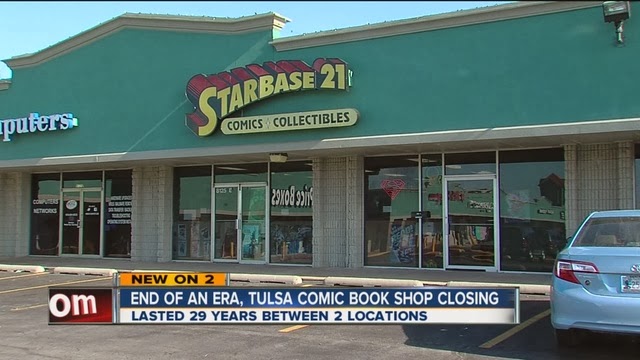 Thomas Wolfe once wrote: "you can never go home again", and I recently received very sad news from my Mother that only reinforced that statement. After nearly thirty years in business in the greater Tulsa, Oklahoma area, my childhood comic book store is closing! Starbase 21 was my introduction for so many science fiction elements and products. I have many happy memories of blowing my allowance on comics, toys, shirts, models, and RPG games since I first went to the store beginning in 1985 with a ROBOTECH convention at their old location on 21st and Mingo (where the store got its name). Since Starbase 21 had such an impact on me and opened my eyes to a wider world of science fiction and military science fiction, I have always intended to craft an FWS blogpost on Starbase 21, and this seems like the best time. 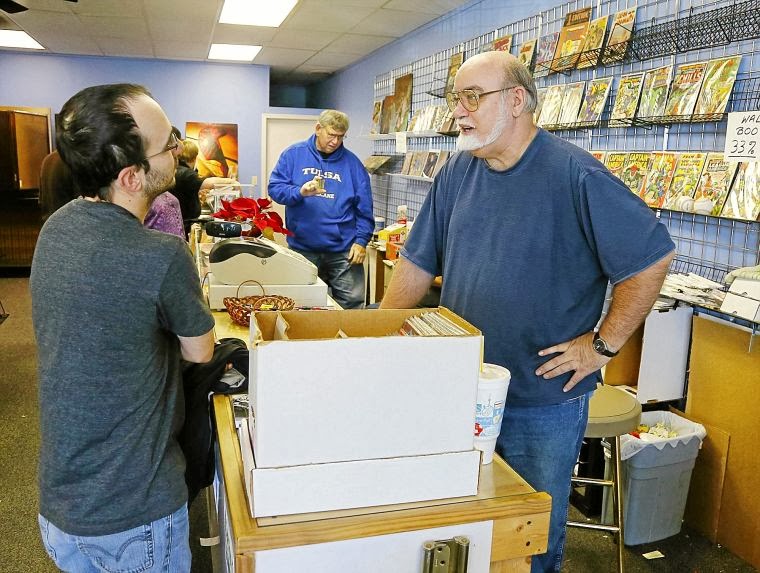 From 1985 to 1992, I visited Starbase 21 at their location 21st and Sheridan, least twice a month when my family would drive to Tulsa from our home in Bartlesville. At Starblase 21, I starting collecting my first series, and exploring the magical world of RPG and sci-fi movies. I would wander around discovering works like Spelljammer, Battletech, and Warhammer 40k. This was one of the hearts of the store, the plastic and paper realities of 1980's geek culture. Starbase 21 had a number of collectibles that you just didn't see anywhere else, and I devoured it. Then there was the familiar, like ROBOTECH, Doctor Who, and the big two: Trek and Wars. Man, I loved going there on Saturday afternoons and never seemed like I had enough money to buy all the cool things I wanted. After we moved to Ponca City in 1992, my hajj to the store became less and less, to the point that years drifted by between trips. 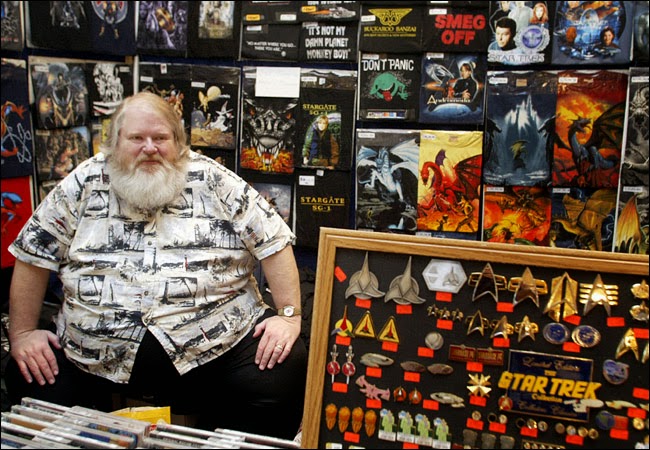 When I did come back to Tulsa to visit my parents, and much to my wife's displeasure, I would always made a stop into the old store. Just the smell along was like a home coming...odd, I know, but there is something about the smell of old comic/book stores. With Starbase 21 being fixture in the community than why is it closing? The founder of Starbase 21, James Harper, is suffering from health issues and needs to retire, and the Tulsa area is well-populated with comic book stores...even when I was a kid, Starbase 21 competed with Time Warp Comics from business. On Saturday, January 11th, Starbase 21 will close its doors, and if I had known that this was it than I would have journeyed up to Tulsa for one last go. Despite its closing, I will always remember Starbase 21 with fondness and relevance in the golden hue of my memory.