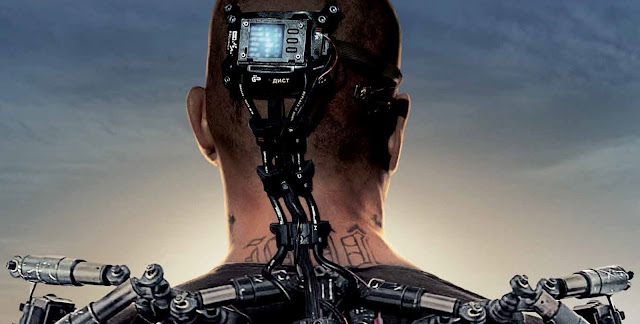 Oh. My. Fucking. Gods! The new action-packed trailer for the new sci-fi film by Neil Blomkamp is up on youtube, and it is amazing. This could be one of the best sci-fi films of the new millennium, and could pave the way for this talent director to take some mega-projects *cough* HALO Film *cough*. I was very impressed with District 9, and it seems Elysium will be no different. This film drops around my birthday, so, I will be making the trek to central Dallas, and seeing this shit on IMAX 3D, and I'll be writing a review after I settle down. While I've missed much of the big sci-fi films of 2013 so far: Oblivion and After Earth due to money and time, this one is a must-see.

If you have a heart condition....don't watch this.