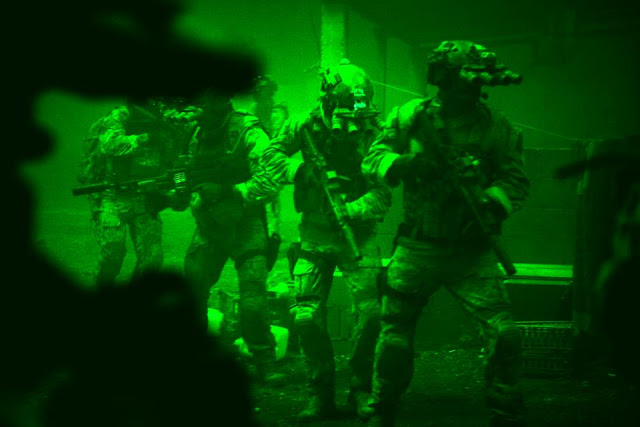 Kathryn Bigelow, director of the Hurt Locker is back with another war-film, Zero Dark Thirty. This is the story of the Operation: Neptune Spear, the raid that killed UBL. From the trailer, this film looks good, with correct kit and location. If done right, ZDT could be one amazing modern warfare film. My hope is that Zero Dark Thirty does not have anything like that completely bullshit sniper scene like in Hurt Locker. The film is in theaters on December 19th, 2012...and FWS will be seeing and reviewing it. The upcoming military FPS, Medal of Honor: Warfighter will feature two tie-in multiplayer maps based on the film's locations. These will be the Darraa Gun Market and Chitral that automatically will be included with the pre-ordered copy (I pre-ordered mine because of it) and will be available has a DLC on December 17th.
Oh, and the gun that ST6 uses to kill UBL...H&K 416. When you have to kill the target, make sure it says 'Heckler & Koch' on the side of it!