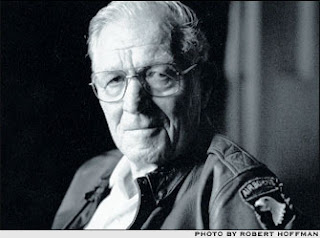 We here at FWS honor the memory and service of Major Winters of the 101st Airborne, 506 PIR, Easy Company, who has died today.
Major Winters was from Pennsylvania, and joined the paratroopers in 1941, when Airborne warfare was still new concept in warfare. He landed in Normandy without his weapon, but through the darkness, he gathered his men and got into the war. Winters would be come a leader in Easy Company through Operation Market Garden, the frozen hell of Bastogne, and on to Berchtesgaden.

Major Winters would later try to deploy to Korea, to serve again. He would later honor his men that survived and fell, by telling his story of the Band of Brothers book and miniseries.

One cannot read the history of D-DAY without the deeds of men like Major Winters. Without the Paratroopers on that day of days, America would be a very different place.

Every person living today, as a debt to the Allied soldiers of World War II, especially men like Major Winters. 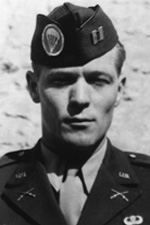