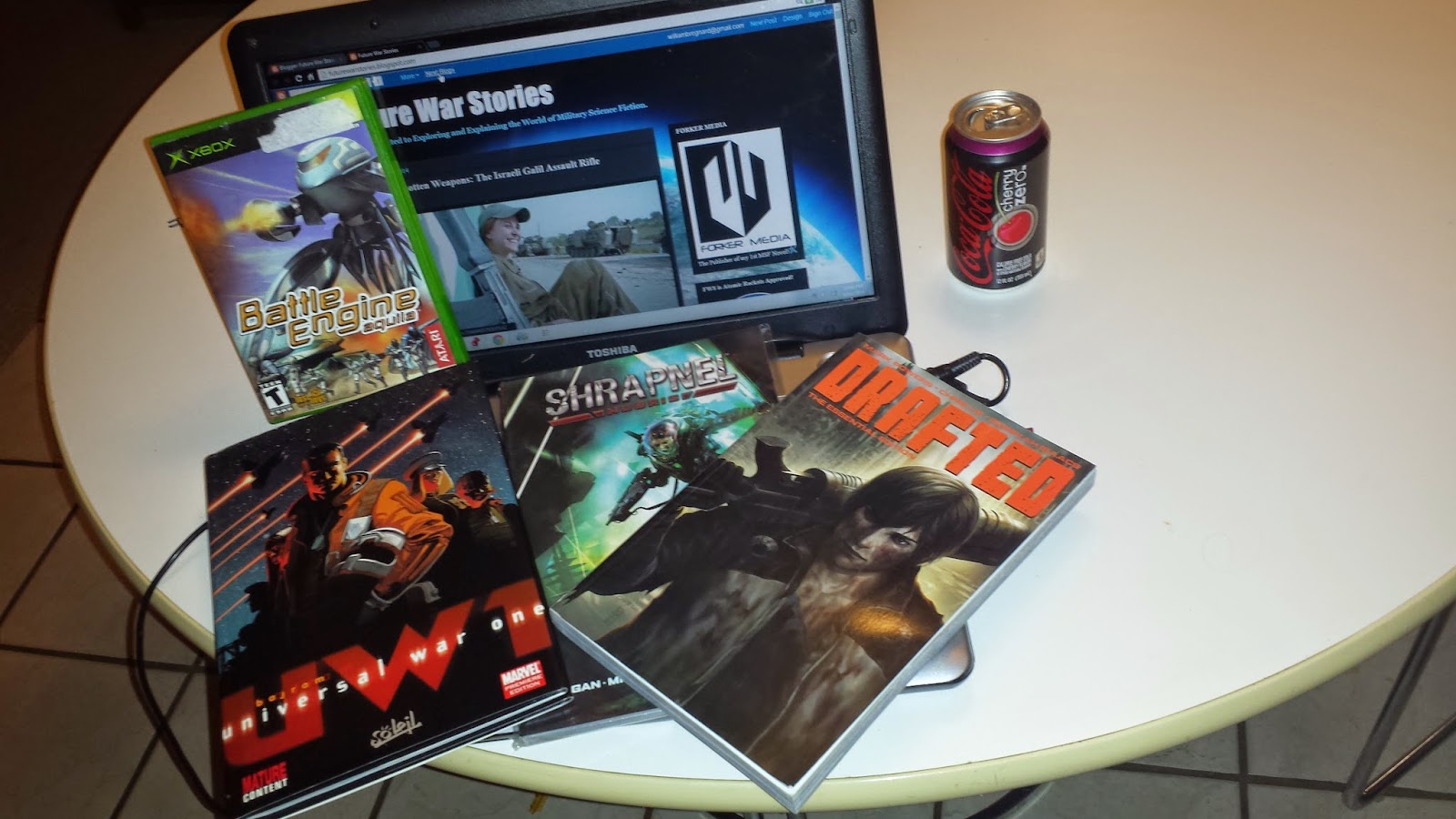 Here is a sneak peak at some items that just arrived into the FWS offices in Dallas from Amazon! I was gone with the family to Tulsa to visit my mother, and look what was waiting for me! We have no less than three upcoming graphic novel reviews, along with an Forgotten Classics blogpost on  Battle Engine Aquila for the original Xbox. I am really looking forward to reading these military sci-fi comics, been awhile since we had some fresh comics around here. In other news, FWS is reading Nathan M. Farrugia's The Chimera Vector and there will be an interview with the author. Also, I just finished reading the final edit of my own upcoming military sci-fi novel Endangered Species being published by Forker Media. Some big news on my book to be revealed soon. We should also see an new series of blogpost, called The Master Works. This new series will be devoted to the very best of military science fiction in their respective media type. Busy times. Well, back to researching more on the planet Mars. And no, Coke didn't pay me for the product placement. Stay Frosty!
Posted by William at 23:05