Happy Holidays to all! I hope that everyone as a happy holiday season with lots of presents, family, food, and Egg-Nog! I will be spending the Xmas holiday similar to last year, breaking in a new Call of Duty game...GHOSTS. Also, since it is that holiday time again, it is also time as well for the annual FWS holiday blogpost. During these blogposts, I like to take the time to discuss business around the FWS offices, some personal items, and the past and future of FWS. Let me just say that 2013 has been the biggest year in FWS history. Traffic, comments, and requests are all up to record levels. That is all due to all of you that read, comment, tweet, shared, and google + FWS blogposts. Seriously, thank you very much to everyone for your support and comments this year and in the years to come! What can you expect from FWS in 2014? Nothing too radical. There will be no major changes to the look or format of FWS. The biggest news for FWS in 2014 is the joint web-comic project Regicide between FWS and Derek Restivo of Xenomorphosis.com that should be out in January. Below is a teaser of what you can expect from the talent of Derek...and if you are in need of an illustrator or artist, than get in contact with him. Believe me, you will not be disappointed! In other news, I recently received a number of books to review, and in turn, there more book reviews on the blog in 2014. There will a new blog-series called Our Enemies, which will breakdown the common types enemies of mankind seen in science fiction. Our first entry in this new series will be exploring and explaining killer space tigers. Also, I've been updating some of the older FWS blogposts, reformatting them and updating these older blogposts to the standards of FWS today. This started when I reviewed a comment on the 2011 Gauss Gun blogpost recently and was horrified by the sight of how FWS used to look and read. Ugh. In personal news, I am submitting the book to another publisher, and I beginning work on another MSF novel. Even though this novel was finished in 2010, it has been rewritten several times, and now it is time number five. It is my hope that next year will find me being published. Again, Happy Holidays, drink some Egg-Nog, and thank you for everything this year. FWS will return after the New Year... 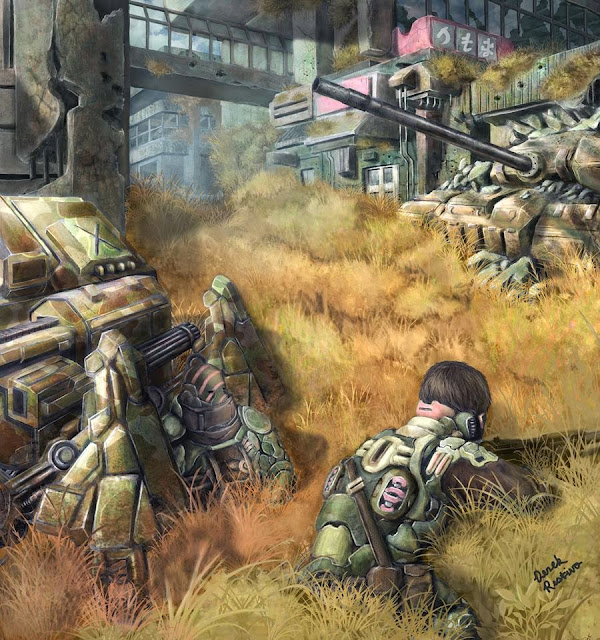