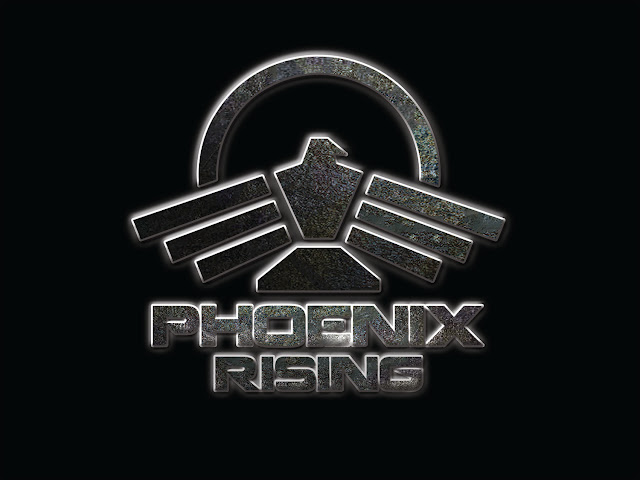 FWS has covered the MSF oddity that was the mid-1980's kid-aimed post-apocalypse, robot-takeover 30-minute TV show that ran for just a single season, and had a line of unsuccessful toys. For years, there have been rumors of a new Captain Power and the Soldiers of the Future series, or movies, and some scripts were writing, but nothing came of it. Captain Power's creator J. Michael Straczynski moved to Babylon 5 in the 1990's, and it seemed that those of us that grew up with the golden armor wonder-soldiers would have to settle for out memories and making blogposts. On March 18, of 2013, io9.com broken the news that Captain Power is coming back...but, not has we remember it....and no, Straczynski is not involved. Here is what creator Gary Goddard said about the newly updated elements of the new series, titled: 'Phoenix Rising':
In our new story, however, the Power Suits themselves are seen as another variation of thinking machines, linking completely to the human system of its wearer. More than ever, Phoenix Rising explores life and death issues, issues of what makes humanity different, or better or worse, than thinking machines? We explore the issues first introduced 25 years ago, in what we thought was a “scifi adventure” based on a world that could not really be. 25 years later we see we were close to the future than we thought (hopefully not the apocalyptic part), and so we decided to lock our story into the real events that are transpiring now.
Phoenix Rising will be drawing from the current military's extensive use of combat drones, and the new show's producers are not calling Phoenix Rising sci-fi, but 'predictive fiction', and that is not likely to be set in the 22nd century, but closer to our time....and no, the Bio-Dreads will not be back. Phoenix Rissing could be an interesting show, if done correctly, and this new 60 minute series will not be aimed at kid's, but more like people my age.
FWS will keep on top of this story....oh, and POWER ON!
Posted by William at 08:43