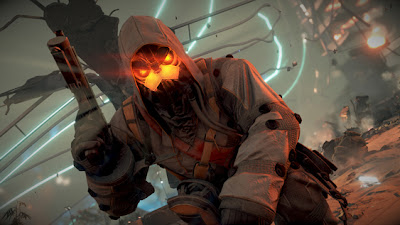 Set some thirty years after the events of the KILLZONE games, the one minute long trailer shows us a different world from the ones were are used to in the KILLZONE universe. It opens on a massive future city on the colonial world of Vektan, and it appears to be under attack from the hidden Helghast forces that have waiting to wage a campaign of terrorism. I've always been a big fan of the KILLZONE series and it's MSF universe, and this game could be a nice restart for the series that has been laboring under the invasion of Helghan for two game now. As always, KILLZONE: SHADOW FALL will be a PS4-only title. 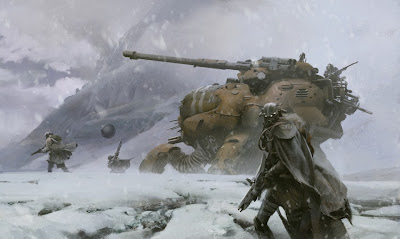 Since HALO: Reach in 2010, Bungie has been quiet...too quiet, while 343 Industries took of the HALO universe. It seems that Bungie is attempt to re-define the world of shooters again with the multi-platform shooter title DESTINY. This will contain elements of coop playing, MMO, and continually updating environment via Bungie, causing the game to evolve. The setting is in the deep future were mankind has spread out to the stars, but an event causes most humanity to be wiped out, only Terra is saved by 'the traveler', and this Traveler has empowered the guardians of humanity with great abilities. In the aftermath, the former human colonies are being occupied by an alien force. It is the job of the player of the game to secure the future of humanity by wiping out the threat posed by this alien force. The game could be ready in late 2013, for the current crop of consoles, but some believe that DESTINY will be one of the launch title for the PS4 and Xbox 720.
Posted by William at 21:47