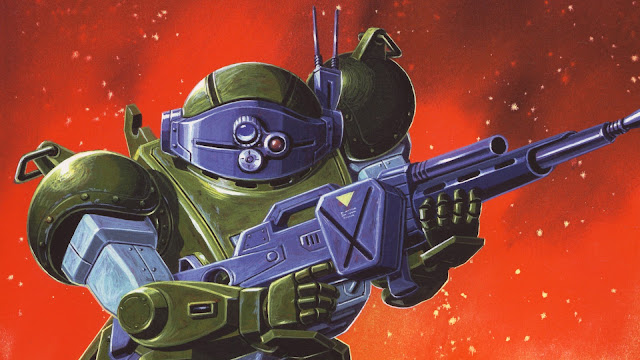 In the next few months, FWS will be premiering a new serial here on the blog devoted to exploring and explaining a special realm of the genre of military sci-fi: anime. For some months, I've been thinking about creating an serial just devoted to the vast array of military sci-fi works from Japan due to the impact that foundational anime MSF works like Space Cruiser Yamato, Mobile Suit Gundam, and ROBOTECH had on me as wee little one in the very late 1970's and 1980's. This new blog serial called "Future War Stories from the East" will detail an military sci-fi anime in the depth you've come to expect from FWS. It will be difficult to watch every single episodes of some of these animes, but I will give it a shot. If you have any military sci-fi animes you would like to see profiled and researched for the new serial, comment below and let me know!
Posted by William at 13:56