Technology is often a prime hallmark of time period, the culture that made it, and a symbol of an generation. The same is true for the genre of military science fiction. There are some technological items that have become hallmarks/tropes of the genre and that also separate the genre from current military technology. These can serve a purpose with marketing as well. Most MSF works will highlight these iconic technologies to attract a buyer, as I did with my novel. On an behind-the-scenes note, this article was a good idea that I could not seem to get the feel for and I apologize for that in advance. So, here are some iconic and important technological items that define this sub-genre of science fiction. 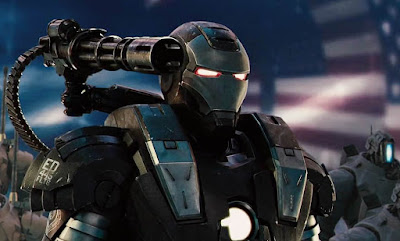 There are great deal of technological hallmarks of science fiction that military sci-fi shares in common, but one towers above all others, and that is why it is number one on my list: the Armored Power Suit. The founding classic of military science fiction, 1959's Starship Troopers by Robert Heinlein established several major precedents of the sub-genre, and given its enduring popularity, the book continues to be an influence to creators. In the novel, his 23rd century spaceborne assault troopers, the Mobile Infantry, were encased in MILSPEC armored power suits of various configuration, weaponry, and abilities; fusing the armored suits of the Knights of Europe and the Samurai to wars in outer space. 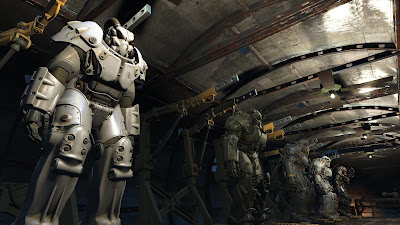 In terms of context, the wearing of this powered armor by the M.I. Troopers was an immediate separation between the soldiers of time that Heinlein was writing and his future world. At the time, very few military personnel donned anything close to the modern battle armor our soldiers, Marines, and sailors rely on today. More than anything else on the list, powered armor in the vein of the M.I. Marauder APS became a hallmark of the entire sub-genre, creating thousands of works featuring powered armor and even forging the basic concept behind Japanese Mecha. Many works to feature powered armor wearing future soldiers (like my book) predominantly feature this element on the front covers or iconic establishing art to attach the audience. 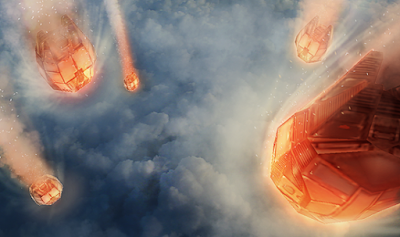 During the 2nd World War, the concept of paratroopers was established by Italians, Soviets, and the Fallschirmjagers of the 3rd Reich. After the massive Airborne drop just prior to D-Day, the ideals and tactics of the paratrooper became solidified in the mind of generations to come. As with any science fiction technology, it takes inspiration from a current familiar element and evolves it to the next level. The paratroopers of D-Day became the ODSTs of HALO via the iconic space drop pod or capsule. Hard linking the concept of space assault soldiers descending through the furious hell of reentry was the founding classic of military sci-fi Starship Trooper by Robert Heinlein. In the first section of the book, we are introduced to the concept of transforming current Airborne tactics into the Space Age via powered armor soldiers dropping into alien worlds via capsules. From this point onward, space capsules housing assault units became an icon of military science fiction, and a technology reinvented again and again in countless works. 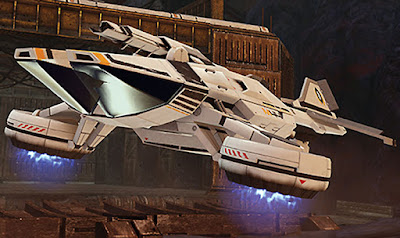 This is another element of sci-fi technology that is designed to demonstrate to the audience that this is the future  and we have replacing the wheel. Consider that the wheel is one of the great foundational inventions of mankind and technology, and it being replaced would represent a massive shift in the reality of moving items. While flying, hovering, and floating cars are common in sci-fi, they are less common when applied to military vehicles. The idea of main battle tanks, armored personnel carriers, and utility vehicles hovering is a radical departure from the common image of these giant lumbering beasts plowing through the sand and forest on wheels or tracks. Hovering technology would also alter the design architecture of military armored vehicles and the battlefield itself. This can also be used to demonstrate the vast technological gap between two sides in a conflict as seen in the wars from HALO and SAAB. 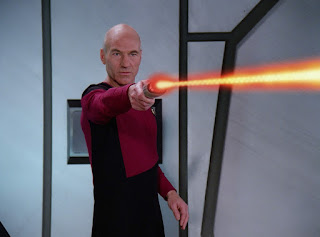 One of the oldest iconic sci-fi technologies is the Directed-Energy weapons (DEW), and dates back to the first sci-fi book: 1898's War of the Worlds by HG Wells. This concept was expanded by the unofficial sequel to War of the Worlds: Edison's Conquest of Mars, and rapidly became a symbol of sci-fi at large. Since warfare has been using firearms since the 13th century, there is commonality between those ancient chemically propelled projectiles and today's. When we our space heroes firing colorful beams and bolts of lethal light, it immediately communicates: "this is the future". So rooted and iconic is this trope of laser guns in science fiction, that for the better part of sci-fi history, the space laser blaster reigned supreme over the slug-thrower. However, recently, KE weapons have been making inroads in the dominance of the DE weapons since the 1980's, causing less colorful battles in sci-fi ever since. It is highly likely that slugthrowers will never fully replace directed energy weaponry due to their iconic status and easily communicating the setting and timeframe. 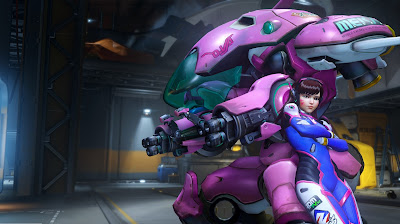 It is, at times, difficult to separate the line between powered armor and mecha. Mecha is classically defined as "robots or machines controlled by humans." To me, powered armor is more wearable and controlled more organically by the wearers natural inputs and limbs, while Mecha is more of an vehicle, with humans controlling their robotic machinery via controls like an attack fighter or tank. However, the lines are blurred and at times, we just have to make a call based on our own assumptions. Much like powered armor, mecha is a hallmark of classic military science fiction works like ROBOTECH, Gundam, Battletech, and even Pacific Rim. Since modern military organizations do not anything close to mecha, it is yet another technology that serves has a seperate between the military of today and the military of tomorrow. 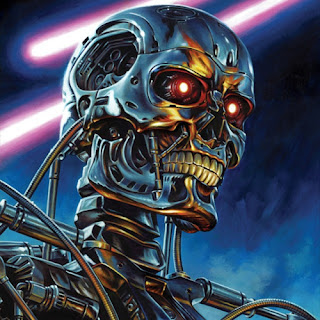 Combat since the beginning of mankind has always come down to one warrior against another. One human against another.  has been a million years' old tradition is being altered with the final realization of robots on the battlefield. Robots like the MQ-1B Predator UAV are finally achieving the sci-fi staple of robotic soldiers in the real world. Why is the robotic soldier iconic in military science fiction? Like many technologies mentioned on this list, it representation of the future and how much the passage of time alters the battlefield traditions. Also, robotic soldiers are a commonly held fear as demonstrated in works like R.U.R, Battlestar Galactica, and Terminator. This fear as allowed for the massive inclusion of the robotic soldier in works in a attempt to mine that fear. After all, what is more sci-fi than robots taking over for humans on the battlefield?

To quote Bender: "the laws of science be a harsh mistress", and none more does that apply to iconic military sci-fi technology of space fighters. What would Wing Commander, BSG, or even Star Wars be without their space fighters? Not the same without a doubt, but realities of physics informs that space fighters as we understand them would not exist in the same fashion...sorry COD: Infinite Warfare. Fighters have always had a hold on sci-fi creators because...well...they are very cool, and they make for exciting battles and great toys. They also become enduring symbols of their fictional universe as well as ambassadors to the masses. 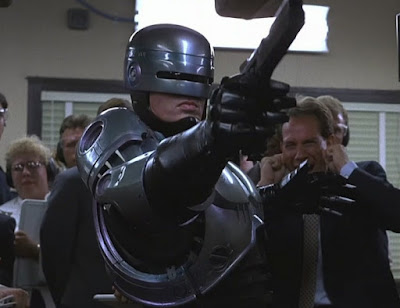 Since ancient man, there have been stories of humans gifted to be more skilled than the normal brethren, Achilles and Hercules are early symbols of this. It is natural that such a long held concept to enter into the realm of military science fiction via advancements in cybernetics, bionics, genetics, and pharmaceuticals. These "super-soldiers" born of scientific progress occupy some of the most important MSF characters, like the Master Chief from HALO, the Astartes from 40K, the COBRA from Timothy Zahn's books, and even our friend here, Robocop. These are yet another hallmark that clearly communicates to the audience that is this the future. 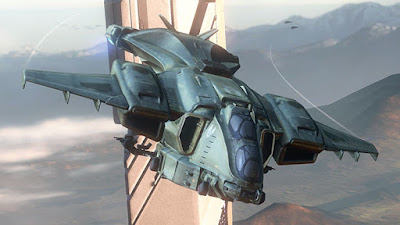 Over the course of two blogposts, FWS attempted to demonstrate the fundamental differences in these two terms that are deliberately thrown about carelessly by creators and the general public. To the extent that the term "dropship" encompasses a wide variety of military sci-fi vehicles that are in fact mostly "tactical transports". This iconic technology of military sci-fi is one of the most common spaceborne vehicles seen and much like Space Fighters and Combat Starships, the Dropship/Tactical Transport allows the creator to have free reign to develop an iconic vehicle that will serve as a callcard for the series and one of the most commonly seen vehicles. This is seen with the Pelican from HALO and the Cheyenne from ALIENS; and countless other works. 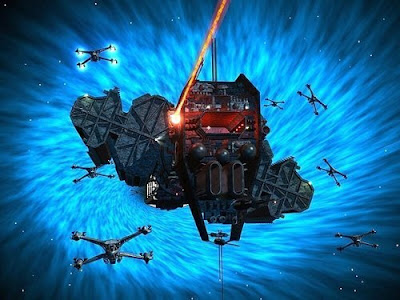 In the history of space exploration, no purely military spacecraft has been developed and launched into space. However, science fiction is packed with combat starships that have evolved into icons of their brand and the whole genre. This makes combat starships one of the most visual, celebrated, and conceptized of all military science fiction technologies. Countless websites are packed with concept art of combat starships, there are entire video games and board games centered around massive space battles between flotilla of warships, and the toy/model industry pumps out more plastic representations of combat starships to fulfill this market share. While this is number ten on the list, it is in reality, the number one most iconic military sci-fi technology. 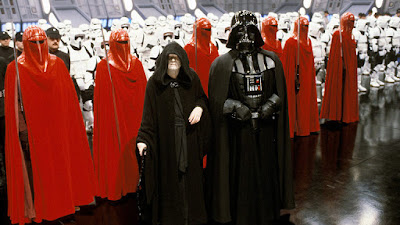 In all of science fiction, one of the most celebrated "evil" fictional governments is the Galactic Empire from the original Star Wars trilogy. However, its relationship to its military and the overall relationship to the Sith is jumbled. Next time on FWS, we will try to pull out the truth of the Empire in the next installment of Future Military Organizations. Given the circumstances of my life with an 9 month old running and the amount of research needed for this blogpost...it could take awhile. Stay Frosty.