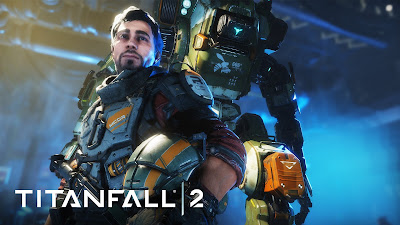 The original Titanfall was released in 2014 and that was in the early months of the Xbox One's release. It was an early favorite of gamers and the gaming press. However, after two years, the Titanfall community has largely moved on and it seems that the original game is close to running its course. Some have criticized the online only aspect of the game and that, plus other issues, impacted its longevity. Respawn Entertainment has listened, and four days ago, we finally saw a glimpse of the single-player campaign. In the trailer, we hear a female soldier talk to Titan mech number BT-7274. She mentions that its original pilot was KIA and that the Titan mech attached itself to rifleman Jack Cooper. 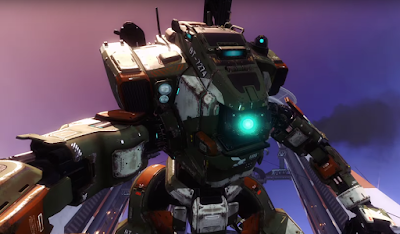 The trailer shows all manner of mech-on-mech violence with Gundam like swords(!) and it's seems it features new worlds to drop in on. I believe that Jack and his sentinel Titan are part of the Militia. While I am grateful that the sequel will be receiving an campaign, overall, I am disappointed with the single player trailer. Our character, who is named Jack...really?! Another fucking Jack in a sci-fi film?! At least, it is not Tom Cruise. Anyways, Cooper looks like Joe "Angry Joe" Vargas and his Titan sounds like Optimus Prime's little brother who has been hanging out with the robots from Portal 2 too much. I really wished that Respawn Entertainment had gone with an story that closer to elements of the limited story we saw in the original game. Well, it is months away from release, and this only a teaser trailer, so we shall see if Titanfall 2's story can be ranked in the good category of MSF games. 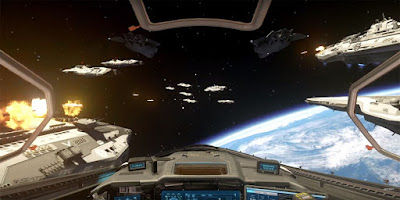 For years, Activision has been pushing its cash cow Call of Duty franchise further and further into the future, and it seems that we have finally arrived at where we all expected: COD in outer space. However, fans have hated Infinite Warfare as much as the new Ghostbusters film. To counter this, Activision released about 7 minutes of an space battle near the Moon featuring space fighters, space warships, and space infantry boarding teams. Yeah, I am using the word "space" alot, because it is so queer to see an COD game go out into the black. 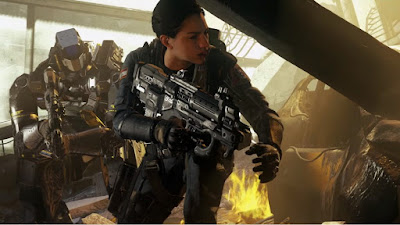 The seven minutes feature standard COD gunfire and craziness with UNSA attacking an SDF warship near the Moon after the surprise attack on Earth. In the game trailer, you, an SCAR(?) space fighter pilot/assault/boarder soldier, are launched to disable the SDF warship, allowing your warship to gain the upperhand and blast them with a broadside of KE projectiles. Overall, it is impressive looking with cool future tech that FWS will need to talk about, and if it was any other game franchise, it would be a game that we fans of shooters and MSF would be looking forward to....but, it is COD after all with all of the baggage that comes with that name. I am looking forward to this one, and I am hoping to be rewarded with something better than GHOSTS, Advanced Warfare, and Black Ops: III. I miss the days of MW2, MW3, and Black Ops: II. This could be a good solid MSF shooter game with some new tech for us creators...or it could be shit and a waste of $60. At least, we will get an remastered Modern Warfare. 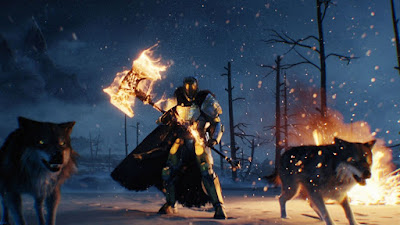 There is little doubt that I fully under the Destiny spell, and for the last few months, my Xbox One and I have been exploring the ruins of the solar system as an female hunter through all of the game's DLCs. Now, it has been announced that another DLC will be dropping to separate me from my cash: the Rise of Iron. This is likely that this will be last DLC before the drop of Destiny 2. The story of the Rise of Iron is the tale of a group of human warriors, the Iron Lords, who were present at the Collapse of the Golden Age. They were independent of the Titans and fought the Darkness in their own way on their own terms,. 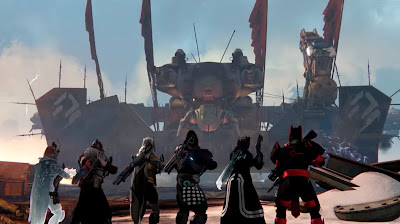 One of the missions of the Iron Lords was to escort refugees to the shadow of the Traveler as the Last City was taking shape. All but one is gone. The Rise of Iron is set in the modern Destiny timeline and will bring the Iron Lords into the forefront of the current Destiny situation due to the discovery of advanced Golden Age nanotech (Silva) by the Fallen in Russia. It is believed that the Guardian with the solar energy axe in the trailer is none other than Lord Saladin, the Titan in charge of the Iron Banner Crucible. This could be a great deal of fun, with new raids, missions, maps, and loot. What more can you ask from Destiny? I wished that this was a prequel DLC, taking us back to that chaotic time before the formation of the City and the Vanguard. We might see some glimpses of this, but no gameplay. One of the good things Bungie has down with The Rise of Iron is not to charge full price, nor creating an all-in-collector's edition. It will cost about $30-$40 and drop in September. And yes, I will be buying it because I cannot help myself. Damn you, Bungie! 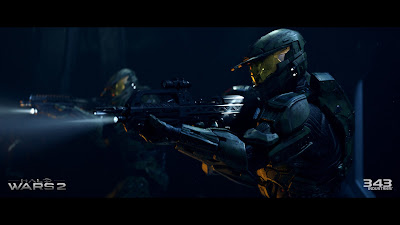 HALO Wars was released at the apex of the popularity of HALO, and while I did not play it, the cinematics were some of the best in the series. Seriously, when the SPARTANs rushed those Elites, it one of the best moments in HALO! There has always been talk and want of another HALO Wars game, and now, 343 Industries has answered that need with the announcement of HALO Wars 2. My hope is that this game will be as good as the original and wash some of the disappointment of HALO 5 out of our mouths. From the little information from the trailer, the massive UNSC Spirit of Fire is back at it again with new toys and Captain Cutter is facing off with an Brute General named Atriox some 28 years after the original game. This brings the sailors and soldiers of The Spirit of Fire into the current HALO timeline. This is likely to answer the question of what the apelike Brutes have been doing since the fall of the Covenant. This game drops February 21st, 2017.